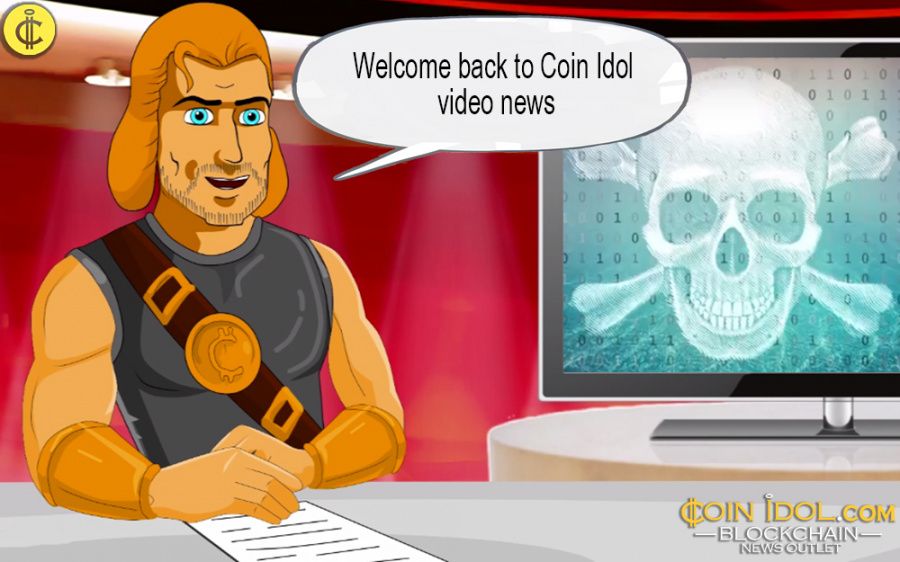 Welcome back to Coin Idol TV News channel. Today we are broadcasting the most interesting news for the weekend. We are going to cover the following topics: how blockchain can overcome piracy leaving everyone happy, Citigroup has started headhunting bitcoin pros to join its AML group, a popular computer game predicted the invention of bitcoin back in 1990, JPMorgan, NBC and others test blockchain debt issuance, EU Parliament approves tougher rules on prepaid cards and cryptocurrencies.

How Blockchain Can Overcome Piracy Leaving Everyone Happy

The issue of content piracy is probably the most frequently mentioned problem in today’s digital world. While often referred to as a victimless crime, piracy strips copyright holders of billions of dollars yearly.

Many believe that blockchain, which has been a buzzword for more than a year now, could help the industry overcome this narrow vision. Infrastructurally, a blockchain solution could make licensing unnecessary and directly connect the audience and the copyright holders.

Blockchain’s transparency and immutability along with its promise of nearly instant monetization appeal to many who wish to make the industry more open.  Numerous attempts have already been made in marrying blockchain to existing content distribution models.

Given the risks associated with money laundering, one of the largest companies on the American financial market, Citigroup, has decided to hire a couple of cryptocurrency-educated workers. Potential candidates possessing a so-called Bitcoin Professional Certification (BPC) are of greater preference.

The financial-services giant is looking for a vice president and senior vice president to join its new fintech department that takes care of risks related to money laundering conducted with a help of bitcoin and various altcoins. A candidate for the position of a senior vice president needs to have “knowledge of cryptocurrency and bitcoin monitoring”. Besides, those who have a BPC will have more chances to get a job.

The bitcoin price fluctuations capture headlines now and then. A popular worldwide payment system was invented in 2009 by the so-called Satoshi Nakamoto. A Reddit user has recently discovered a prediction of bitcoin’s creation in the role-playing video game Final Fantasy III released in 1990.

The symbol of the digital coin was found on a bed in one of the locations. 13entley suggested that the game developers predicted the future creation of the revolutionary cryptocurrency based on blockchain technology.

It is worth mentioning that this is not the first case of such fintech prognostications made by Internet users. Thus, some people managed to find “predictions” in a number of books, including those written by Neal Stephenson (Cryptonomicon), Cory Doctorow (Down and Out in the Magic Kingdom), and David Friedman (Future Imperfect).

The biggest US bank, JPMorgan Chase & Co tested a new blockchain platform for issuing financial instruments together with the National Bank of and other giant firms seeking to streamline origination, interest rate payments, settlement and many more processes.

The new application is created and designed to execute all of the features associated with debt issuance across origination, execution, distribution and settlement plus interest rate and maturity payments and this would cut down the costs and the need for service providers that are paid bulk fees for clearing and settling.

MEPs with the majority of 574 votes to 13 votes, with 60 abstentions on Thursday, the European parliament has reached an agreement to impose closer regulation of cryptocurrencies.

The reached agreement will permit all EU citizens to learn more about the true owners of ‘letterbox companies,’ reduces the anonymity of prepaid debit card holders, and seeks to protect whistleblowers who report money laundering. The reforms will also give European Union citizens the right to access information on the true owners of firms which operate in the European Union. Because of this taken move, the European Union Parliament believes that it will help end the use of ‘letterbox companies created to launder money, hide wealth, and help owners avoid paying taxes.