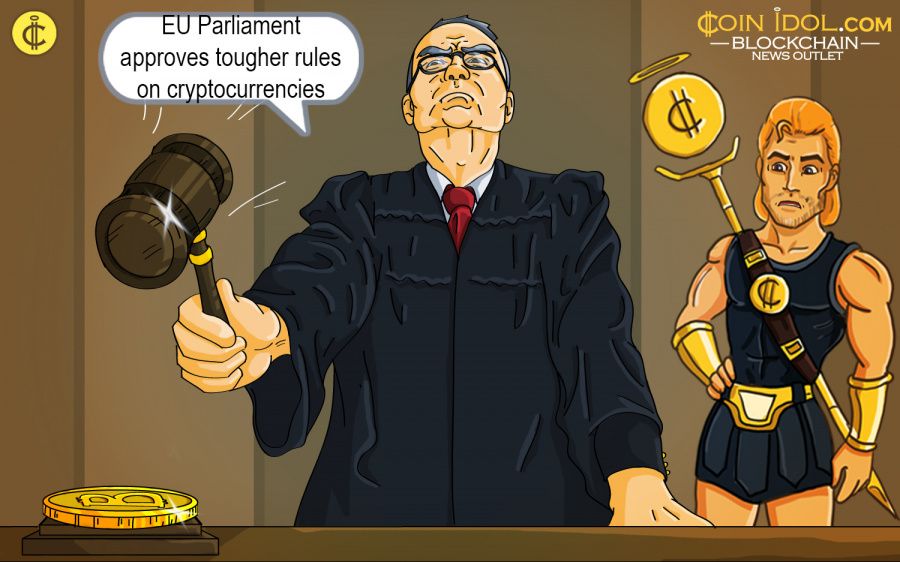 MEPs with the majority of 574 votes to 13 votes, with 60 abstentions on Thursday, the European parliament has reached an agreement to impose closer regulation of cryptocurrencies.

A December 2017 agreement with the European Council that was forthputting the total closer regulation of cryptocurrencies to prevent their continuous abuse in money laundering and terrorism financing has finally found support from European Union parliament members in a vote and this was communicated in a press release.

The reached agreement will permit all EU citizens to learn more about the true owners of ‘letterbox companies,’ reduces the anonymity of prepaid debit card holders, and seeks to protect whistleblowers who report money laundering. The reforms will also give European Union citizens the right to access information on the true owners of firms which operate in the European Union. Because of this taken move, the European Union Parliament believes that it will help end the use of ‘letterbox companies created to launder money, hide wealth, and help owners avoid paying taxes.

The agreement delineates the fifth and latest update to the EU’s Anti-money laundering Directive and is a strong response to the terrorist attacks that happened in 2015 and 2016 to Paris France and Brussels Belgium as well as the panama papers leaks.

Individual’s View on this Move

“Annually, we lose billions of euros to money laundering, terrorism financing, tax evasion and tax avoidance. This is the money that should go to fund our hospitals, schools and infrastructure. With this new legislation, we introduce tougher measures, widening the duty of financial entities to undertake customer due diligence,” Judith Sargentini said.

MEP and co-rapporteur Krisjanis Karins from Latvia Said that

“Criminals behavior has not changed. Criminals use anonymity to launder their illicit proceeds or finance terrorism. This legislation helps address the threats to our citizens and the financial sector by allowing greater access to the information about the people behind firms and by tightening rules regulating virtual currencies and anonymous prepaid cards.”

Some of the measures that were agreed upon as part of the update  include;- a reduction in the threshold for identifying the holders of prepaid cards from currently €250 to €150;- tougher criteria for assessing whether non-EU countries pose an increased risk of money laundering and closer scrutiny of transactions involving nationals from risky countries including the possibility of sanctions;-  an extension of a directive to cover all forms of tax advisory services, letting agents, art dealers, plus electronic wallet providers and virtual currency exchange service providers.

Majorly, the new measures are intended to address risks linked to cryptocurrencies. Under the new measures, cryptocurrency service providers, such as crypto exchange platforms and custodian wallets, will automatically have to apply customer verification requirements. These platforms and providers will also have to be registered in order to offer regulated exchange and payment services.

The modified and upgraded directive will become law three days after its publication in an Official Journal of the European Union and EU member states will have 18 months to transpose the new rules into national law.