How Blockchain Can Overcome Piracy Leaving Everyone Happy 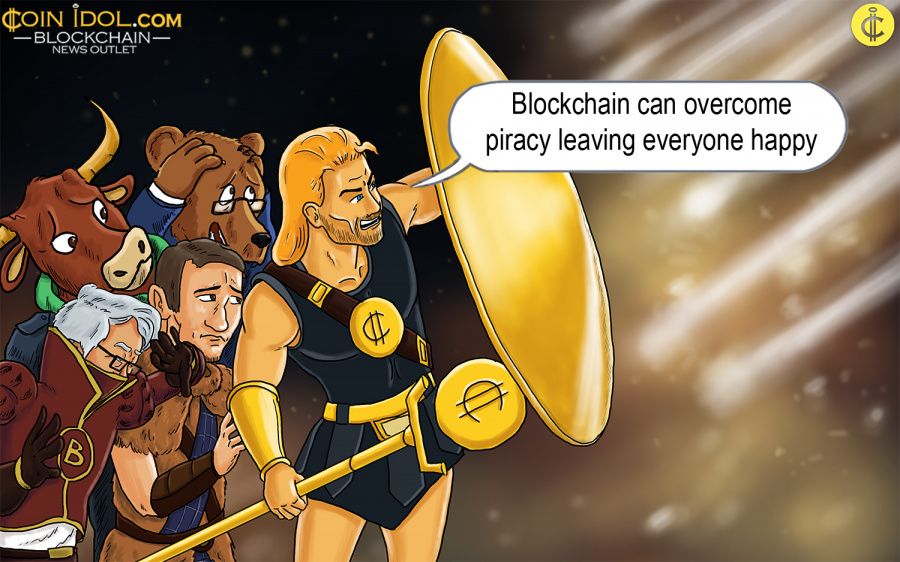 The issue of content piracy is probably the most frequently mentioned problem in today’s digital world. While often referred to as a victimless crime, piracy strips copyright holders of billions of dollars yearly.

While certain measures to tackle piracy are being introduced, such as torrent tracker bans and DRM, piracy doesn’t seem to go away. Such measures have been enforced for decades now without any substantial results, and we must begin to question their relevance. Moreover, studies show that anti-piracy measures are fundamentally flawed and do not address the issues that bring piracy about in the first place.

Independent research by Ipsos and the University of Portsmouth has shown that over 60% of those who are called pirates are at the same time those who spend the most on buying content legally. Effectively, they deal with illegal content, not because of their alleged criminal inclinations or flamboyant anarchistic views but because they don’t have any legal option to access the content they want.

The entertainment industry has been using highly counterproductive measures to control the distribution of content: they have divided the world into areas and made the content available only in some of them. The standards used for legal copies of films and TV shows in one such area are incompatible with those of any other area: in fact, if you legally buy a Blu Ray disc in the U.S., it’s very unlikely you can watch it in Asia even though you have definitely paid to the copyright holders.

Even with the rise of broadband internet and globally available streaming services, the problem of content availability remains. Your geographic location is still the decisive factor in whether you’re entitled to legally watch a film or a TV series even if you are happy to pay for the experience.

The content available on Netflix drastically varies with countries: the same show may be available to those in the U.S. and unavailable to the residents of Europe. Amazon Prime offers only a handful of its own series outside the U.S. HBO, which is known for complaining about its shows such as the Game of Thrones massively pirated around the globe, still denies fans in many countries the chance to watch it legally.

It all essentially means that copyright holders and the extremely complex licensing process are indirectly responsible for endorsing piracy. Non-residents of the U.S., which are in fact the majority of Earth’s population, don’t have many options to watch what they want except for downloading the content illegally.

This outlines how backwards the industry of content distribution actually is. Technologically, it’s more than possible to make content available to anyone who is willing to pay for it, however, the idea hasn’t occurred to those who control the distribution. The industry still treats content as a material good rather than experience.

The situation hurts not just die-hard fans who have to bypass the law in order to watch what they want; it leaves the copyright holders without billions of dollars in revenue. The answer to that has always been about restrictions, regulations, and obstacles. However, in the increasingly open world of tomorrow, accessibility is king, and with recent advancements in tech, it’s finally possible to make content legally available worldwide without depriving the rights holders of their rightful profits.

Blockchain as a Solution

Many believe that blockchain, which has been a buzzword for more than a year now, could help the industry overcome this narrow vision. Infrastructurally, a blockchain solution could make licensing unnecessary and directly connect the audience and the copyright holders.

Blockchain’s transparency and immutability along with its promise of nearly instant monetization appeal to many who wish to make the industry more open.  Numerous attempts have already been made in marrying blockchain to existing content distribution models.

For instance, MakeItViral offers a platform for video content similar to YouTube which, however, rewards the audience and content creators by making advertisers pay to them directly via blockchain infrastructure.

Decent is another platform that doesn’t focus on one sort of content and offers a decentralized infrastructure for music, texts, videos, and pictures created by its audience. The basic idea behind Decent’s offer is that no single party can be entitled to dictate how to distribute user-created content.

Finally, there is White Rabbit, a browser plugin developed by a team of entrepreneurs, developers, and importantly, professional filmmakers. Currently, it’s the only solution that focuses on making video content globally available by legalizing peer-to-peer streaming fueled by its digital token. Essentially, it finds any film or TV series streamed online and allows one to pay for watching or storing it in user library directly to the copyright holder.

While blockchain-based solutions, along with the technology underlying them, are very young and are yet to attract audiences comparable to those of Netflix or YouTube, the trend towards decentralization and accessibility of content is obvious. Whether major industry comes onboard with such solutions is yet to be seen, however, it’s obvious they offer an antidote to piracy the entertainment industry has been long longing for.