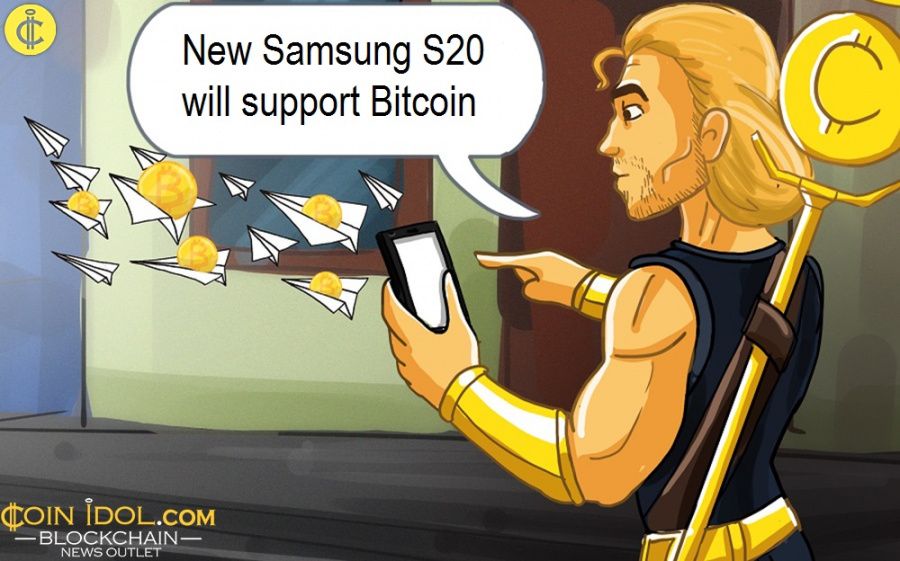 The company has introduced a processor in the Galaxy S20 series to store the first cryptocurrency and tokens of the ERC-20 standard. Samsung's Galaxy S20 smartphones have a storage feature for Bitcoin, Ethereum and other digital currencies that support the ERC20 protocol.

To do this, the company has introduced a processor capable of working with private keys to blockchain wallets, as reported on its official website.

The company first introduced the blockchain Keystore cryptocurrency storage app in early 2019. It was installed on the Galaxy S10 series. The program is currently available to Samsung users in the US, Sweden,South Korea,  Portugal, the UK, Germany, Iceland, Switzerland, Spain, Austria, Finland, Denmark, Canada and Norway.

In October, Samsung began collaborating with the Tron Foundation. Support for TRX tokens has been added to the Blockchain Keystore cryptocurrency storage app. Against this background, the price of altcoins increased by 50% in a few days.

LG will respond to Samsung's cryptocurrency initiative. In July, the company applied for the registration of the trademark "Thin Wallet", it can be used for mobile crypto wallet, blockchain platform and payment application.

Furthermore, there is a Startup that developed the XWallet app, that will be installed on Galaxy S10 devices. In Samsung Galaxy S10 smartphones, in addition to the own crypto wallet of the South Korean corporation Blockchain Wallet, there will be an application XWallet from Singapore startup Pundi X. With it, users will be able to conduct instant transactions through XPOS POS terminals installed in around 25 countries.

According to the company, this is the first fintech application in the Samsung blockchain ecosystem. At the moment it supports: Bitcoin, Ethereum, Binance Coin, Kyber Network, KuCoin Shares, NEM, ztum and own tokens Pundi X - NPXS and NPXSXEM.