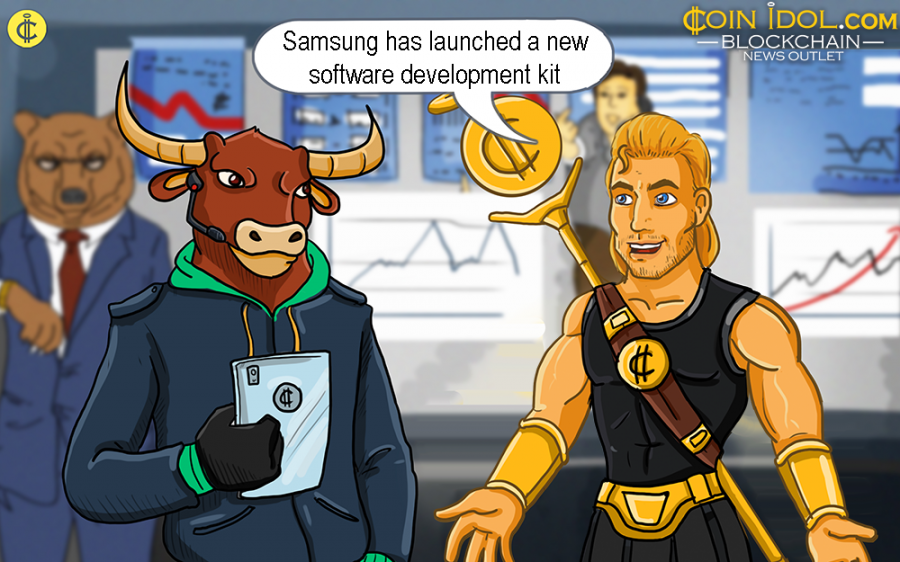 Samsung, the leading multinational electronic conglomerate based in South Korean, has launched a new software development kit (SDK) based on the Ethereum blockchain, The Block reports.

The SDK has been rolled out for all developers that desire to design applications, and it encompasses a complete set of functions for designers to smoothly come up with modernized decentralized applications (DApps).

According to the company in question, Samsung Blockchain SDK is now readily available to directly connect with peripheral blockchain node offering major payment solution. This will help in lowering down the costs involved to develop dapps, however, this does not apply if a developer already has his own wallets logics.

The software development kit further provides an effective payment gateway for Bitcoin and other digital currency remittance and other payment-related services with its new user interface, that makes it different from other several SDKs of the same complexion.

For the time being, the SDK supports just a small number of Samsung smartphone models including the 10, Galaxy Fold, S10e, S10 Plus and S10 5G. Very soon, the approved type of the kit will be officially launched into the market for public use.

It is probably the giant's next step in expanding their innovation outreach. Recently, they added Bitcoin support to their blockchain Galaxy S10 smartphone. The handset was officially rolled out back in March, but at the time, it was only supporting Ether and ERC20 tokens.

As we talk now, users can also use the Blockchain Keystore App running in the phone to take advantage of the leading cryptocurrency in the world. Six more dapps were also being added on the list of the supported decentralized applications on Galaxy S10, making the supported dapps now to be ten in total.

It seems that Samsung is also planning to create its own Ether-based distributed ledger tech network. In addition to that, the technology giants will perhaps consider issuing its private stablecoin. If this comes to be true, we shall see more and more big companies follow suite, hence a significant boost in the blockchain industry. So far we have seen technology bulls such as Facebook, Microsoft, IBM, HTC, and others, penetrate into this lucrative space.