SENSO is Ready to Explore 6 NFT Use Cases on Polkadot 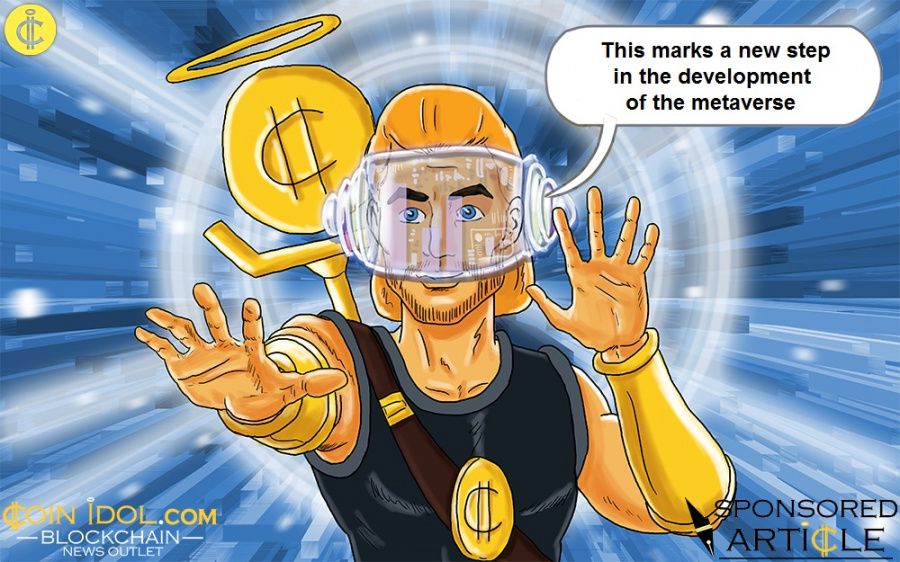 Sensorium Galaxy, an ambitious and widely talked-about metaverse project, has announced that it would soon introduce NFTs and move its SENSO token to a new blockchain built on Substrate. This marks a new step in the development of the metaverse, since other platforms have only explored the possibilities of issuing Ethereum-based NFTs.

When NFTs emerged as one of the key blockchain trends in 2020, metaverse creators quickly realized their explosive potential for the virtual space. A metaverse – especially one with a dynamic internal economy, such as Sensorium Galaxy – is filled with virtual assets that can be bought and sold: avatars and accessories for them, event tickets, artworks, and so forth. All of these can be encoded and traded as non-fungible tokens (NFTs).

Someone might note that games like DOTA2 have allowed users to trade in-game items for years on Steam, so why introduce NFTs for the same purpose?

An expert from the team of SENSO (internal currency of Sensorium Galaxy) explains it this way: NFTs allow to turn game assets into stand-alone virtual assets. In a way, they are detached from the fabric of a game or a metaverse and can be traded freely, through any blockchain marketplace or even in the P2P mode, directly between users. There’s no way to do this with a Counter Strike weapon skin, for example.

Another reason to use NFTs in the metaverse is that non-fungible tokens can appreciate with time, serving as a sort of a long-term investment. The appreciation of NFT artworks in the secondary market is proof of this: for instance, Beeple’s CROSSROADS was originally sold by the artist for around $66k on Nifty - and was later resold for $6.6 million. 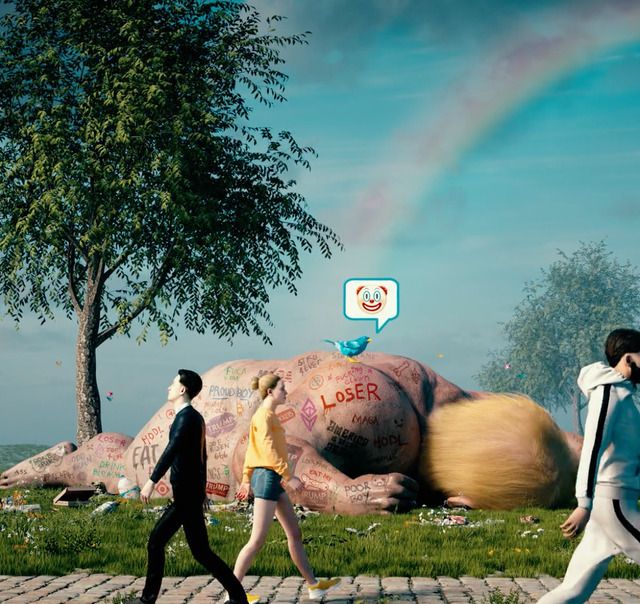 Why Substrate is better for metaverse NFTs than Ethereum: a SENSO expert explains

A different matter is which blockchain to use for minting NFTs. For now, the only fully operational metaverse-like platform to feature NFTs is Decentraland, runs on the Ethereum blockchain. But while Ethereum remains the most popular platform for issuing non-fungible tokens, it may not be able to handle the sheer volume of NFTs minted and traded within a large metaverse.

The chain can only process 14 or 15 transactions per second: this includes DeFi apps, NFT sales, on-chain transfers from wallets to exchanges and back, and all other transactions with ether and Ethereum-based tokens. Since all dApps compete for miners’ computational resources, the whole network can freeze if one of them grows rapidly, as it happened in 2017 when the NFT game CryptoKitties.

According to the same SENSO team member, it was clear from the start that a large and complex digital metaverse like Sensorium Galaxy would need a better blockchain solution than an Ethereum-based dApp. The choice fell on Substrate – a framework that allows developers build their own blockchains using premade modules.

How SENSO will gain from a move to Substrate

The resulting network should be both fast and cost-efficient: for example, Polkadot (the best-known Substrate-based project) can reportedly scale to 1,000 transactions per second. As for transaction costs, it’s the developers who determine how much users will need to pay; in any case, it’s likely that the fee (paid in SENSO) will be lower than Ethereum’s current (at the time of writing) fee of $2.10.

An added advantage is that anything that’s Substrate-based is automatically compatible with the ecosystem of Polkadot, which already has o ver 450 projects under development, including wallets, exchanges, oracles, bridges to other blockchains, etc.

At the moment, SENSO is still an ERC-20 token running on Ethereum; it’s available on seven popular crypto exchanges, including Poloniex and KuCoin.

Artwork for the PRISM world

Bringing digital metaverse NFTs over to Polkadot with SENSO

Sensorium Galaxy is a soon-to-be-launched digital metaverse of entertainment. It will feature several words, each with its own theme, ambiance, and activities, both free and premium. For example, the first world is PRISM, designed to look like a foreign planet. It will host electronic music concerts in virtual reality, including by chart-topping artists like David Guetta, Carl Cox, and Black Coffee. Concert tickets will be issued as NFTs and sold primarily for SENSO, the native token of the digital metaverse. 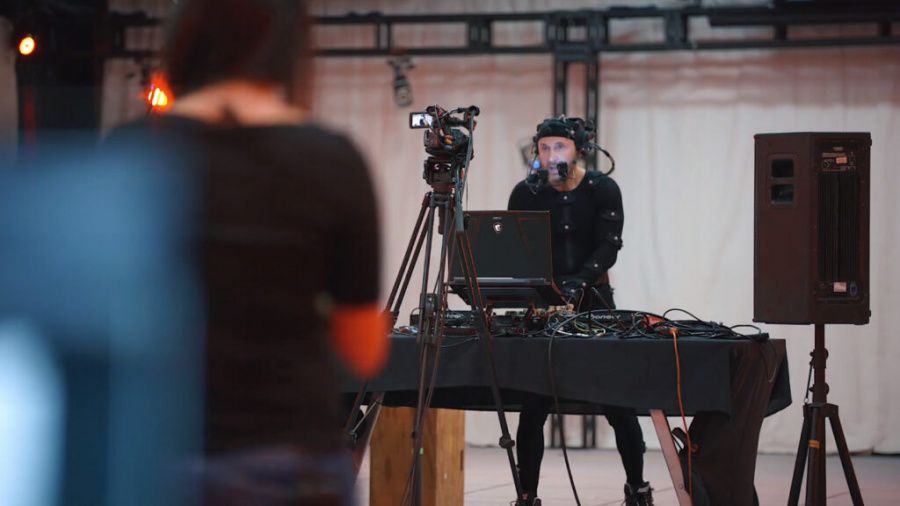 According to the recently published Light Paper, NFTs will have a wide range of uses in Sensorium Galaxy: 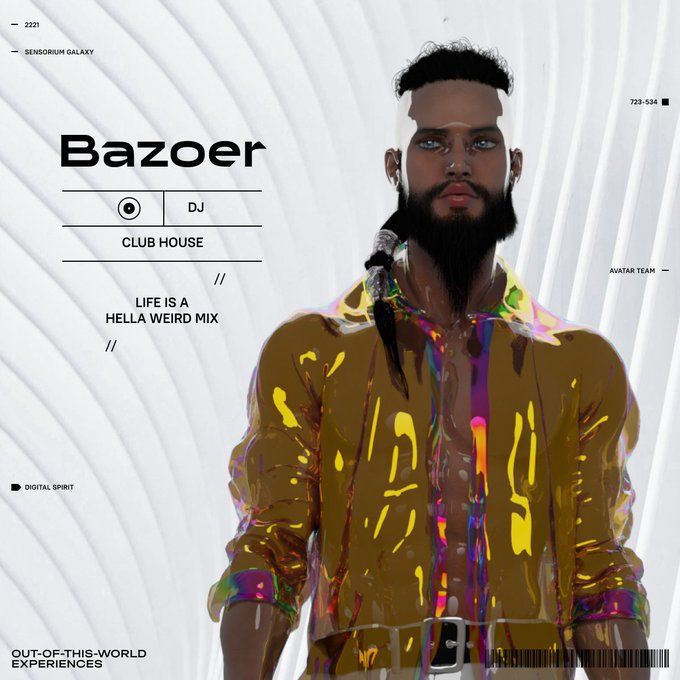 NFTs will be closely integrated with SENSO tokens. For example, one will need to pay a fee in SENSO to mint a non-fungible asset and list it on the marketplace; SENSO will be the default payment option when paying for NFTs, and so on.

Not only SENSO: more NFT projects on Substrate/Polkadot

So far, Sensorium Galaxy / SENSO is the largest metaverse project to have officially announced a move to Substrate. However, there are other entertainment-focused platforms and dApps that are planning to build NFT dApps within the ecosystem of Polkadot.

This was the first  NFT project to go live on Substrate. SubstraPunks look just like the hugely popular Ethereum-based CryptoPunks, but the price range is vastly different: a Substrapunk is worth about 5-6 KSM ($800-900), while a CryptoPunk can sell for dozens of thousands of dollars. The project is built on an NFT chain called Unique Network; as of the time of writing, it was preparing for the mainnet launch, so the Substrapunk marketplace was only partly operational. 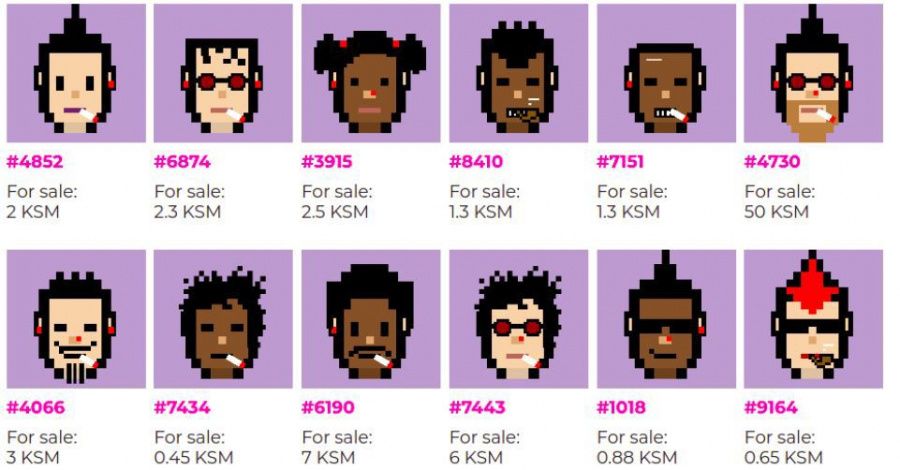 Efinity is a Polkadot-based NFT blockchain built by Enjin, a gaming-oriented platform that offers software development kits (SDKs) for creating digital assets on Ethereum. The company is also known for designing ERC-1155, one of the two main Ethereum NFT token standards.

Enjin has raised $18.9 million to fund Efinity. Just like other Substrate-based projects, the platform will be compatible with all other Polkadot chains, as well as with external blockchains through a system of bridges. CTO Witek Radomsky has even used the phrase ‘a metaverse of blockchains’ to describe the future of digital assets – an interesting parallel to the digital metaverse of Sensorium Galaxy with its SENSO token, which also aims to create a large entertainment ecosystem.

Kanaria is the first live NFT launchpad that is native to Kusama, the experimental network for Polkadot. As Polkadot itself isn’t operational yet, developers use Kusama to test out their dApps. The name ‘Kanaria’ comes from the fact that Kusama is also known as the canary network: in the old times, it was customary to let a canary fly into a mine to test the air: if the concentration of dangerous gases was too high, the canary would die.

Users can buy eggs, out of which various digital birds will ultimately hatch; eggs come with various rare traits and accessories. Just like Sensorium Galaxy users will need SENSO to pay for NFTs, you need KSM (Kusama) to pay for Kanaria eggs. They are surprisingly pricey: a Rare egg costs around 20 KSM, or $3,400.

The NFT ecosystem on Substrate is in a very early stage of development; in fact, pilot parachain auctions have just started on Kusama, so the launch of the first blockchains on Polkadot is still months away. However, as development teams are looking for scalable alternatives to Ethereum, more and more will turn to Substrate and Polkadot with their high throughput, low costs, and interoperability features. Pioneering projects like the digital metaverse of Sensorium Galaxy and its SENSO token will lead the way, and dozens more will soon follow.