Over 25 Mln Americans to Join the Cryptocurrency Market 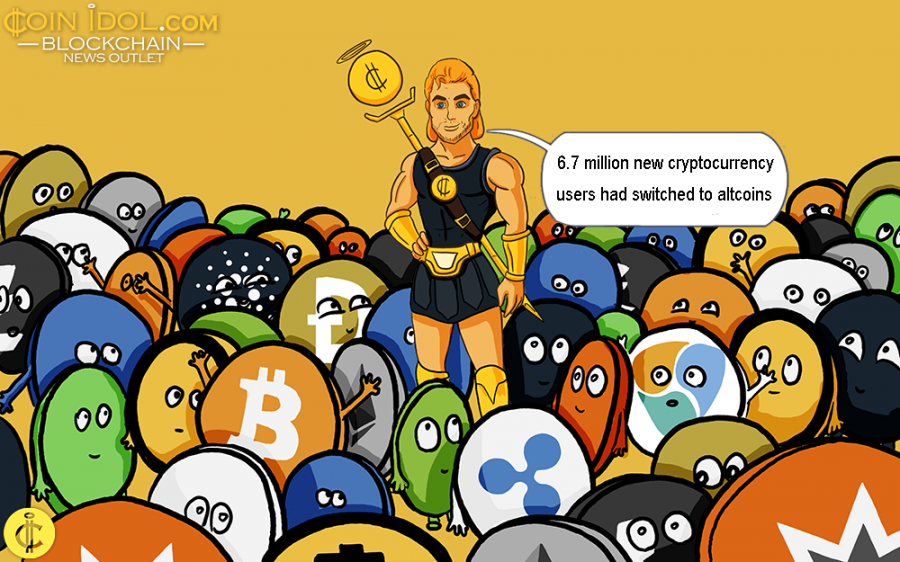 According to a recent study conducted in May 2019, it is clear that the number of people ready to invest in cryptocurrencies including Bitcoin, Libra, Ether, Ripple, etc. is growing rapidly. Since last year, the digital asset market has soared by over 45%, and if the trend remains like this, the American cryptoasset market is expected to expand further in the next one year.

The researchers from Nobl Insurance LLC headquartered in Michigan, United States revealed that more than 6.7 million new cryptocurrency users had switched to altcoins, at the time of the study. The researchers discovered that the entire market developed by 48% from the first quarter (Q1) of 2018 to Q1 of 2019.

Besides the fading buoyancy about the universal economy, there seems to be an increasing confidence about the use and adoption of blockchain and cryptocurrencies. The industry is at the verge of an enticing prospect of a fast-tracking digital currency market, as per the research.

Massive Cryptocurrency Adoption in the US

The study proposes that around 25 million people residing in the US are planning to purchase and invest in various popular tokens in the next 12 months. The research further stated that around 37 percent of the digital currency users own more than $5k of traditional assets, while 8% have more than $50k in digital assets.

People in the US think about cryptocurrency in different ways. For instance, a wide range of States Authorities including West Virginia, Ohio,Maryland, Colorado, California, Berkeley, Wyoming, Utah, etc. have come out to embrace this nascent innovative technology, and have even taken a step further to regulate it.

These States believe that if they embrace the use of blockchain, it will help them track all money transactions in real time hence reducing on some malevolent activities such as money laundering, drug trading, etc. that have been happening within the country, as we reported previously.

However, as per the study, the blockchain and digital currency technologies need a reliable insurance to support and sustain it growth and development.