Colorado is Open to Blockchain for Water Rights Management 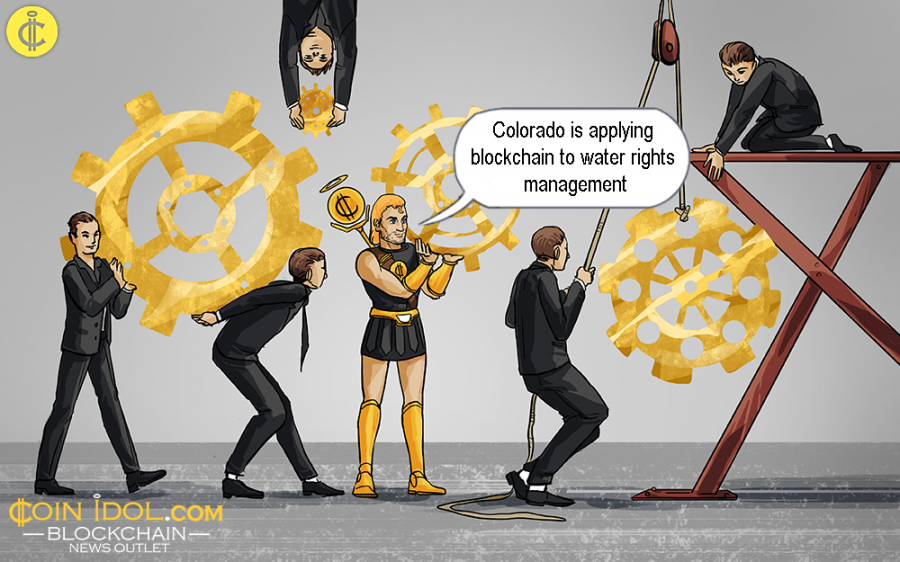 Colorado state in the U.S. is studying the prospect of applying blockchain to water rights management (WRM). The conforming bill was released on Colorado’s General Assembly official website on March 6, 2019.

Legislators in the State of Colorado (the 38th state in the U.S, with its capital at Denver) want to deeply study the potential of blockchain in water rights management.

Senator Jack Tate (Republican), working with legislators Jeni James Arndt (Democrat) and Marc Catlin (Republican) filed senate bill 184 which demands the Colorado Water Institute that operates at Colorado State University to deeply examine the possible application of the blockchain technology to handle a database of water rights. The mission for the Institute is to:

“Connect all of Colorado’s higher education expertise to the research and education needs of Colorado water managers and users.”

The Experiment Demands a lot of Funds to Thrive

In addition, Congress is discovering whether blockchain technology can be applied to create and manage water markets, water banks and also add to the overall administration of the resource.

To go ahead with the trial, the institute is permitted to hunt for and receive donations from all angles including public and private sources. But if the institute is unable to get funds needed for the experiment, then the trial will be annulled, the bill notes.

Last month, IBM and SweetSense (a sensor technology provider) combined efforts with The Freshwater Trust (a non-profit body) and the University of Colorado, Boulder to employ distributed ledger technology (DLT) and the Internet of Things (IoT) to renewably bewield groundwater. The experiment will allegedly be carried out at one of the biggest aquifers found in Sacramento-San Joaquin River Delta in northern California state.

The state has a “complex regulatory scheme for the distribution of water rights and the use of water in the region,” as per the Open Energy Information (OpenEI) official website, that was formed by the U.S. Department of Energy.

Colorado, Ohio, Wyoming, California and Other States Give Room for Blockchain and Crypto Firms

“What it really does is create new ways for Colorado businesses to raise money using blockchain,” Jared revealed in a recording made during the bill signing.

The law exempts cryptocurrency issuers from particular securities laws and licensing requisites if the cryptoassets are used to buy products, services or content.

1/ BOOM! #Wyoming just recognized clear, direct property rights for #digitalassets by passing SF125! This means #blockchain cos will prob want to apply WY law to your contracts, domicile here, &/or have a physical presence here. Thx again to the army of ppl who helped over months pic.twitter.com/I4E3GfPZbC

Recently, State of Utah also introduced a blockchain-related bill “UT SB0213 seeking to prevent DLT companies from being regarded as money transmitters. Others states including Ohio (Buckeye State), Wyoming, California are also working on such blockchain and cryptocurrency-related bills.

Tags
Water Colorado Blockchain Rights Management Bill Technology Law Energy Money
Most Popular
Sep 23, 2021 at 13:10
News
El Salvadorans Embrace Bitcoin Despite Problems with the National Wallet
Sep 23, 2021 at 12:16
News
The Central Bank of Ukraine to Pay Salaries in Digital Hryvnia by the End of 2021
Sep 23, 2021 at 10:48
News
Binance Coin is in a Brief Uptrend, Faces Strong Rejection at the $385 Resistance
Sep 23, 2021 at 09:48
News
Bitcoin Struggles to Sustain Above $44,000 as It Reaches Overbought Region
Sep 22, 2021 at 12:12
News
Banks in EMEA Miss Out the Potential of Blockchain, with Only 19% Benefiting from the Technology
More