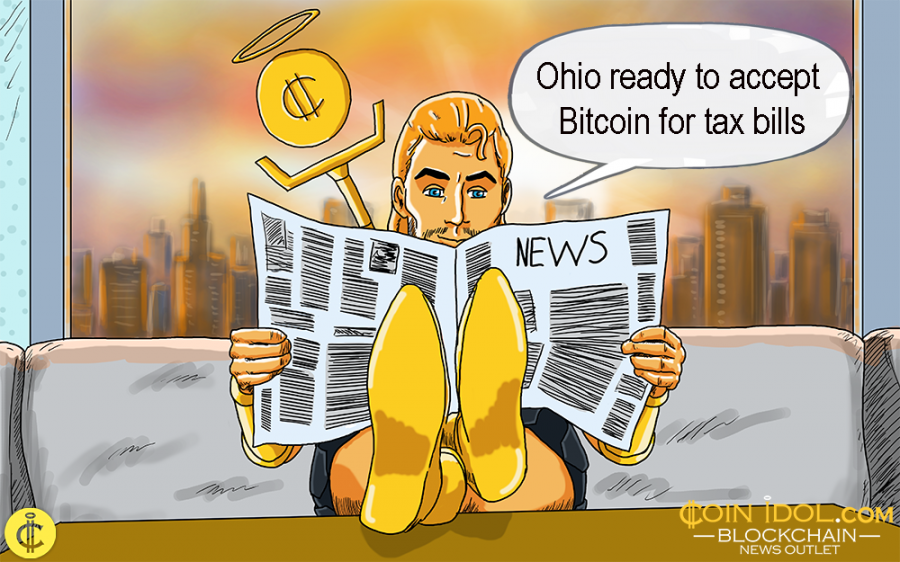 The 'Buckeye State' is ready to be the first State in the country to accept crypto, specifically Bitcoin (BTC), for payment of tax bills, according to The Wall Street Journal report on November 26. This comes after BTC and other major cryptos have depreciated value over the past week. On Monday, November 26, 2018, BTC was trading below $4,000, down over 80% since the December 2017 all-time-high of around $20,000.

Starting this week, Ohio commercial enterprises will be in a position to use cryptos such as Bitcoin to pay for anything ranging from cigarette sales to workers withholding taxes by registering on OhioCrypto.com. The State is considering to expand the establishment to individual filers.

The idea originated from Ohio Treasurer Josh Mandel. He has been in the office since 2011.

The State aims at becoming a national leader in Blockchain and is happy to be the first government in the entire world to accept cryptos as a method of payment. The website, however, didn't mention any other sorts of digital currency payments, like Ethereum, Ripple etc.

In 2014, Mandel rolled out OhioCheckbook.com, which put all State expenditure information on the internet and increased its ranking across the nation because of its transparency.

Regardless of crypto fluctuations,  Mandel sees BTC "as a legitimate form of currency" and he is optimistic that other States will join and follow his idea.

Although the move by Ohio doesn't give BTC legal status, it sends a signal that its technology can be employed by any individual.

Furthermore Illinois and Georgia also plan to use BTC and other major cryptos for taxes, though bills handling this issue have been delayed in their State legislatures.

For Ohio, business filers seeking to utilize this new service for paying taxes will electronically send their tax payments to Bitpay. The Atlanta-based payment processor will convert BTC to dollars ($) for Ohio's treasurer office, as revealed by the Journal.

Treasurer Josh is expected to make an official announcement soon.