Ex US Congressman Calls for Blockchain and Cryptocurrency Regulations 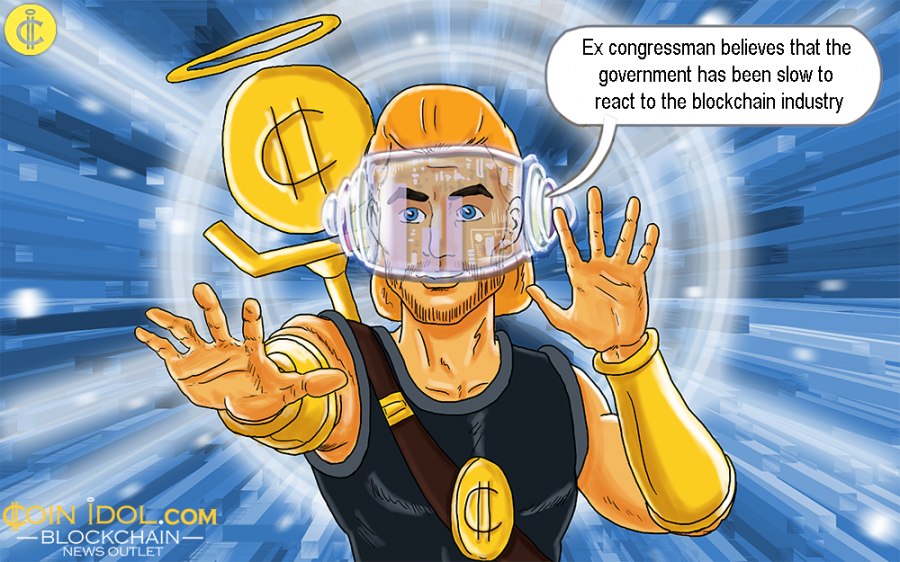 Former United States Democratic Congressman from Tennessee’s 9th congressional district Harold Ford Jr. has suggested that Washington should try to avoid half-measures as far as cryptocurrency legislation is concerned. A successful financial managing director believes that the government has been slow to react to the cryptocurrency and blockchain industry, and thinks that this might damage innovation in the future.

Bitcoin and other cryptocurrencies are gradually looming on congressional programs in 2019 and one venerated ex-congressman is unveiling his concerns about the US government’s lack of activity in handling this hot subject in question.

During the small July conference arranged by the House Financial Services Committee, Harold brought a piece discoursing how it was irritating that Congress was using a ‘broad brush’ on Facebook's Libra query. For the average Bitcoin and cryptocurrency venture capitalist, it’s something well known: political figures who go zealous in their hostility towards digital assets.

Regardless of the bills suggested and some other politicization work being carried out clandestinely, the legislator and the government are still lagging behind on matters of creating a solid regulatory framework for blockchain, Bitcoin and other cryptocurrencies.

Harold went ahead to note that the agency has attempted to individually implement securities law to this nascent groundbreaking disruptive novelty sporadically and with many irregular bursts of activity, a thing that has caused doing cryptocurrency investments very indeterminate and expensive in America. He added that the US Securities and Exchange Commission (SEC’s) failure to act could highly destroy the future of the nation and the continent at large in the long-run.

It’s Time for SEC to Act

Ford Jr. is still optimistic that the SEC, an independent agency of the US fed government responsible for regulating electronic securities markets in the country, now has a chance to act on regulation.

An American lawyer specializing in financial market regulation who is presently serving as a Commissioner on the SEC Hester Peirce, lately argued that the United States will fall behind other nations in enticing and promoting cryptocurrency-related businesses except when the government more farsighted in creating a regulatory system with visible factors.

So far, many European countries including Malta, Italy, Denmark, Estonia, Germany, Switzerland, France, United Kingdom ( UK) etc. are in the process of creating proper regulatory frameworks to properly govern the blockchain and cryptocurrency industry, hence leveling the ground for the Bitcoin businesses to flourish.