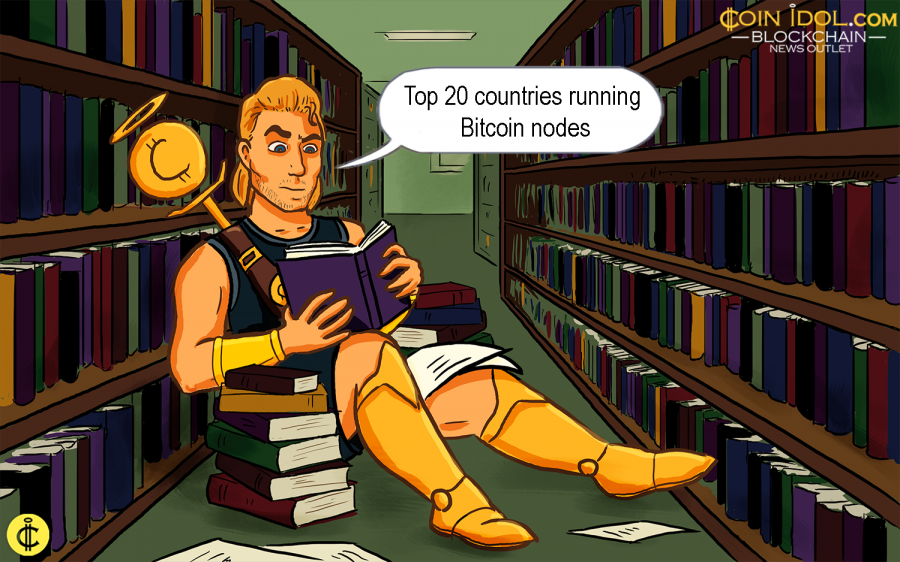 The data from Bitnodes, a popular site covering nodes of the Bitcoin (BTC) network, uncover the top 20 countries running Bitcoin nodes, with the United States leading the list with 2625, forming 25% of the total.

Netherlands has the Highest Number of BTC Nodes Per Capita

China, the unmatched leader in the number of mining pools is standing in the 5th position with 411. Around 74% of all of them are found in only 10 countries.

When you look at the nodes per capita, the Netherlands comes in first place with 31. The United States moves to 5th place with 8 per capita, Germany has 25 and Finland has 21. Surprisingly, China is having 0.3 nodes running for each head.

Bitcoin ‘whales’ are also a cause for concern regarding decentralization. Latest data from BitInfoCharts shows that the 100 biggest non-exchange BTC wallets have accrued 150,000 BTC in the past 60 days.

Even though it’s highly doubtful that any individual BTC whale could ever accrue adequate Bitcoin to shake the network itself, they are frequently concerned in apparent market manipulation schemes.

Canada, United Kingdom, Singapore, Russia, and Japan are found in the first five nations in the top 20 list of most BTC nodes. Notwithstanding its gigantic popularity in the blockchain industry, Switzerland stands in 13th place, with 159.

According to the recent paper from Princeton and Florida International Universities, it is proposed that China has the motive to loom the stability of the BTC network. The paper further indicates that as little as 6 mining pools have control of more than 80% of Bitcoin mining operation, with 5 of those controlled unswervingly by Chinese mining firms.

It assumes that should these mining pools gang together they could possibly control sufficient hash power to wield a 51% attack on the network. In the occasion of such an attack, the assailant will be in a position to manipulate and fundamentally conquer the entire blockchain network.