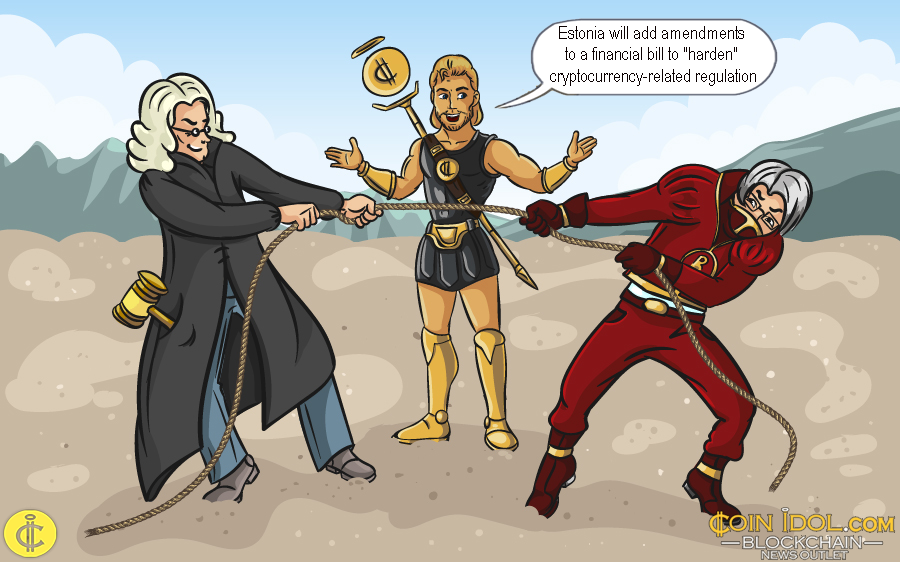 The Finance Ministry of Estonia will soon add amendments to a financial bill which was recently passed, purposely meant to "harden" cryptocurrency-related regulation, according to a report by Äripäev, an Estonian financial newspaper.

Nevertheless, the Financial Supervision Authority (FSA), has since proclaimed that digital currencies and the firms providing cryptocurrency-related services bring money laundering risks, which is purportedly the very reason for the new changes, according to the financial newspaper.

Recently, Estonia postponed its plans of releasing Estcoin, the country's own crypto, following criticism of the initiative by Mario Draghi, President of the European Central Bank. It was going to become the first nation in the entire world to have a government-backed ICO, as Coinidol reported in August 2017.