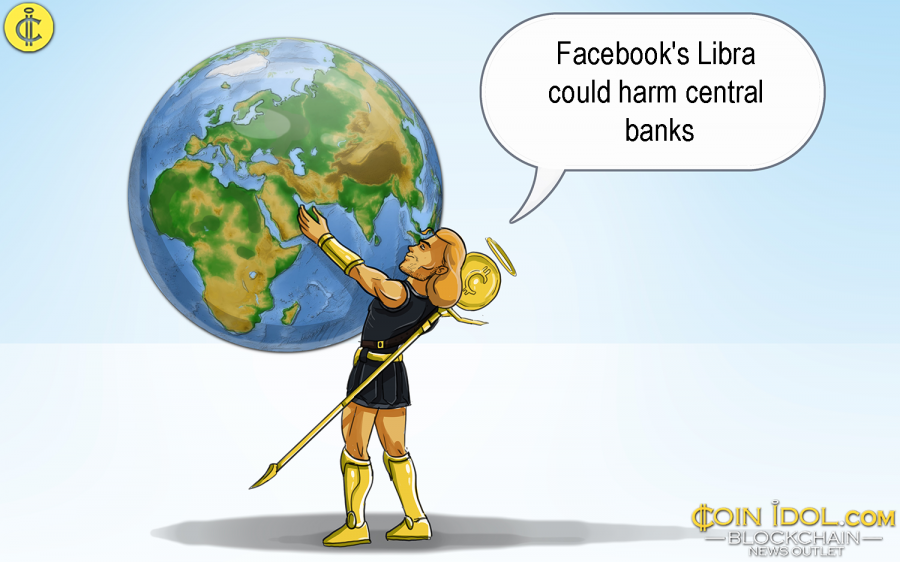 Facebook's cryptocurrency Libra could harm central banks and other major fiat currencies including the euro and dollar, according to European Central Bank (ECB) senior member of the executive committee Yves Mersch.

As per the Bloomberg report, Mersch believes that plans by the social networking giant Facebook towards its private token are “fascinating but treacherous.” He revealed all these during an event in Frankfurt, Germany.

The Libra project was officially unveiled back in June and it is expected to be available in the market by the Q1 of 2020. But since then, the initiative has raised massive question by several regulators across the globe. It has also generated the suspicion among central bankers, legislators and other interested parties.

He further added that cryptocurrencies owned individually have little or no opportunity of inaugurating themselves as feasible options to formal ones, since only an autonomous central bank can provide money with official support they require to win and increase public trust.

Yves hopes that Europeans will not be desirous to shake off the security and sturdiness of the formal payment networks for the captivating but false promises which originate from the recent Facebook alarm.

Just of recent, new central bankers also discussed about the Libra Network. In fact, the EU Antitrust authorities are tirelessly carrying out a pilot inspection on how best Facebook’s coin will be fared, monitored and how the payment system can work perfectly. Robust devotion to the Libra virtual currency scheme of Facebook could to some extent damage the financial policy, especially that of the fiat currency like the euro.

Basing on the level of acceptance of Globalcoin token and the premium of the fiat currency particularly euro in its reserve basket, the authority of the ECB on fiat will more likely lessen, hence destroying the transmission system of financial policy and deflating the global position of the euro, such as by plummeting its demand.

Tags
Libra ECB Euro Fiat Central Bank Banking Cryptocurrency Facebook Payment
Most Popular
May 08, 2021 at 11:25
News
There is Fire in the Cryptocurrency Market As Dogecoin Could Be the Next Big Thing
May 08, 2021 at 10:26
News
Polkadot Attempts to Breach $40 Resistance, Lacks Buyers at Higher Price Levels
May 08, 2021 at 09:39
News
Ethereum Continues Its Bullish Run As It Attempts to Jump Over $3,750 High
May 07, 2021 at 12:43
News
Ripple Faces Stiff Resistance at $1.70 High as Bears Attempt to Sink XRP to $1.00 Low
May 07, 2021 at 10:39
News
Revolut Users Will Gain Stronger Control of Their Bitcoins with New Withdrawal Feature
More