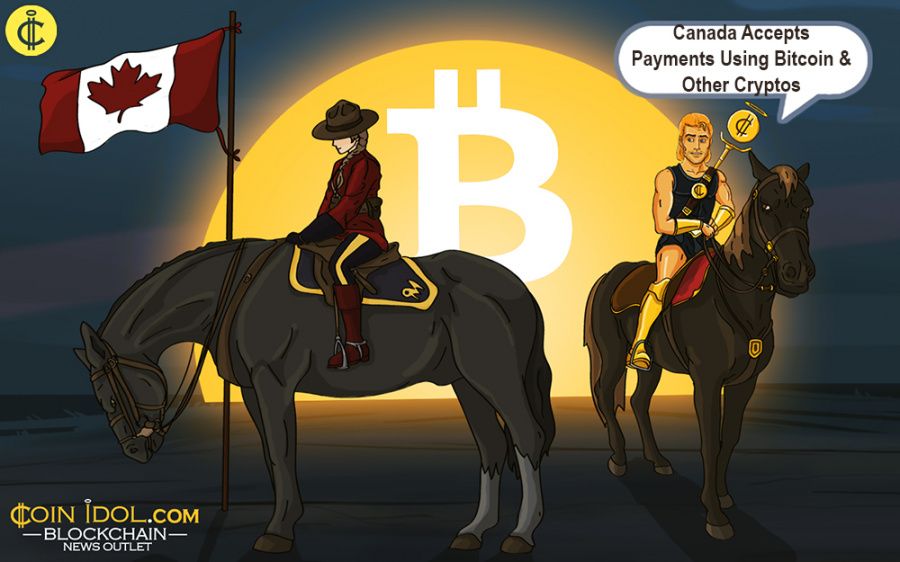 A recent voting exercise that took place in the town of Innisfil, Canada, resulted into the beginning of a pilot project which allows paying taxes for property using cryptocurrencies such as Bitcoin, Ethereum, Ripple, Bitcoin Cash, Litecoin and others, and this will work for around 12 months.

The trading platform was the first in the country to launch zero percent (0%) financing, overhead and payout fees.

According to Lynn Dollin, Mayor of Innisfil city, they had to come out with this decision because of the increasing growth, popularity and adoption of digital currencies and blockchain technology.

Lynn believes that the municipality is at the top of the game and further indicates that they are indeed a future-ready, inventive and innovative community.

“Once again, we are proud to be the first to take this bold step by offering our new residents this new, exciting payment option,” Lynn added.

Nationals can make payments via the digital wallet services that enables them to settle their taxes using a variety of cryptocurrencies. However, the residents can only use the aforementioned coins for now, as they consider launching other virtual currencies in the future.

Canada is not the only and the first country to accept making payments using crypto. In 2017, in  Russia, many businesses including retailers and restaurants were seen legally accepting tokens especially Bitcoin (BTC) to make payments.

In the same year, the  Burger King Russia also announced that the company will start accepting BTC as a means of payment for its fast food, according to Dmitry Medvedev, General Director of the company.

Crypto & Blockchain Adoption on The Rise

In 2016, a bill regulating crypto use in Russia was introduced –  online shops including Cryptonator, were at the time allowing online merchants to accept BTC and several altcoins as payment.  Sberbank, the biggest bank in the country buy hot drinks from the coffee shops in Moscow using Bitcoin.

Last year,  BTC City, the biggest Slovenian shopping mall, also revealed its plans to grow into a “Genuine Bitcoin City” and add more digital currencies as a means of payments in its stores and shops.

The  Apple service center and shop located in Minsk, Belarus, came out to announce that it accepts cryptos particularly Bitcoin and Ethereum (ETH) from all clients willing to buy/use the company’s goods and services. The list of shops, businesses, companies,  museums, institutions,  banks that accept crypto are many and keep on increasing daily.