Another US Museum to Begin Accepting Bitcoin 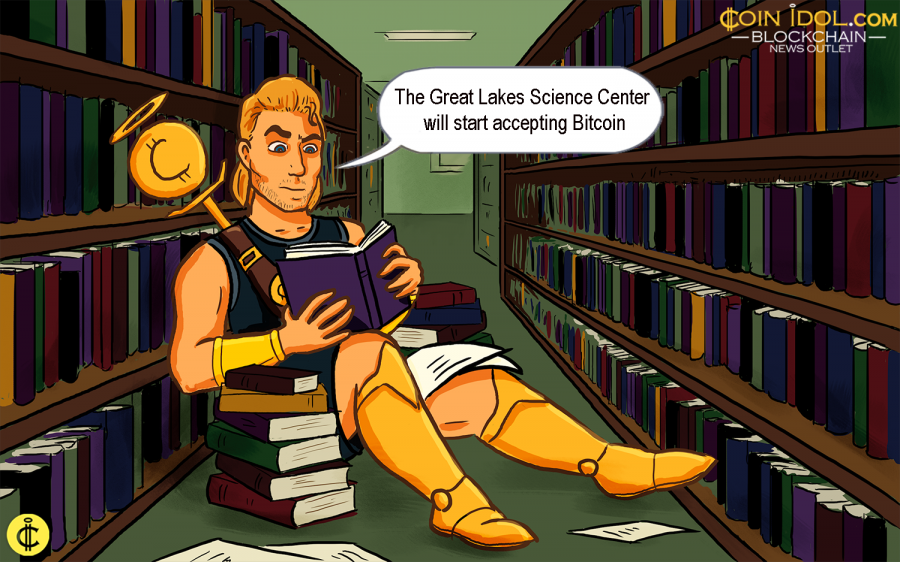 In its 10 years of operation, Bitcoin has registered high demand and adoption by institutions, businesses, hotels, countries and many other entities. Now, the Great Lakes Science Center, a giant museum and educational complex in Cleveland, Ohio, has officially declared that it will start accepting Bitcoin (BTC) as a payment method from Tuesday, November 13, 2018. The institution will use BitPay when processing transactions.

The CEO of Great Lakes Science Center, Kirsten Ellenbogen, revealed that the aim of accepting cryptocurrency is to facilitate growth and development of the local blockchain technology industry.

“There is a lot of excitement around cryptocurrency. Accepting bitcoin is just a small part of the momentum to grow a blockchain ecosystem in Cleveland,” Kirsten said.

This major development by Great Lakes Science Center follows the efficacious integration of Bitcoin by Hublot, a Swiss premium watchmaker, to sell over 210 pieces of its BTC-themed sports watch each costing $25,000, whereby it collected a revenue of over $5.25 million in the overall sales made using Bitcoin.

However, it seems the industry of culture, in general, has been favourable to cryptocurrency. Besides museums, there are also three cinema networks accepting BTC as a payment - Alamo Drafthouse, Mail Cinema and AMC Theatres. Those who love theatre can also spend some BTC for buying tickets to their favourite play - London Theatre ticket agency has been selling tickets for bitcoin since 2014.

Cryptocurrency, especially BTC, has been avowed as a legitimate asset by major and large-scale institutions such as the New York Stock Exchange, ICE, Nasdaq and Fidelity.

BTC integration seems to be the second big initiative of Great Lakes after the rollout of a new mobile app which applies augmented and virtual reality in order to provide users with a fantastic experience, key research and full evaluation of NASA's work leads.

The integration of bullish digital currencies like BTC is now a new trend in the world market. BTC integration that costs nearly nothing for all merchants, has so far become a proper method of targeting clients in the digital currency market.

Tags
Bitcoin USA Science Payment Transaction Demand Adoption Cryptocurrency Blockchain Development
Most Popular
Apr 16, 2021 at 14:02
News
Ethereum In Downward Correction after Impressive Rally to $2,544 High
Apr 16, 2021 at 13:04
News
Other Side of Akon City: How Viable Is the Dream for Ordinary Afticans? Part II. Uganda
Apr 16, 2021 at 12:10
News
Ripple Faces Strong Rejection at $2.0 Resistance Zone as Ripple Slumps
Apr 16, 2021 at 09:00
PR
SafeEarth Donates $100,000 to TheOceanCleanUp Kicking Off Blockchain Eco Project
Apr 15, 2021 at 15:11
News
Increasing Use of Cryptocurrency and Blockchain Will See Global Market Hit Over $30B by 2027
More