A bill regulating Bitcoin and cryptocurrency use in Russia is still in the development stage, while local service Cryptonator is already offering a new option that allows online merchants to accept Bitcoin and other major altcoins as payment.

The new service allows online shops to integrate 11 cryptocurrencies as payment options on their site, including Bitcoin, Litecoin, Dogecoin, Dash and others. Clients will be offered a number of tools to configure the service, including a "payment button”, API and SDK modules for developers.

Merchants can now connect to the Cryptonator service for free, and pay a 0.9% commission for each transaction with cryptocurrency. Then they can either use cryptocurrency received directly or convert it to a local fiat and send to a bank account, card or Yandex.Money wallet. 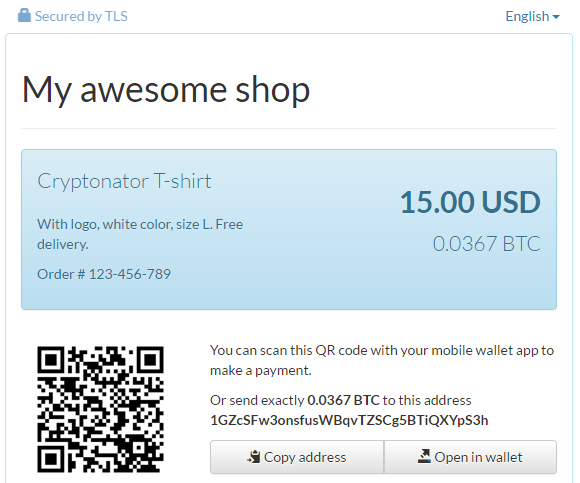 However, a representative of Cryptonator refused to speak about the founders of the service as there is still no precise information regarding the regulation of Bitcoin companies in Russia. He said:

"Although the legislative background seems to be positive, we’re still not sure for one hundred percent that Bitcoin will be legalized in Russia”.

Today, October 11, 2016, Alexei Moiseev, Deputy Finance Minister of Russia stated that Bitcoin in Russia is not considered as a threat to the country's financial system. He said:

"The social danger of this all isn’t too high, as there is no mass [adoption] that could threaten our present financial system”.

Moiseev stressed that the Ministry of Finance has temporarily postponed the decision on the Bitcoin regulations in Russia.

Tags
Bitcoin Service Online Russia Cryptocurrency Payment Altcoin Option Bill Development
Most Popular
May 03, 2021 at 15:03
News
China Eyes February 2022 Beijing Olympics for Digital Yuan Launch but Is It Still Viable Amidst COVD-19 and Rising anti-China Movements?
May 03, 2021 at 14:17
News
Ethereum Rallies Above $3,000, Breaches More Resistance Levels
May 03, 2021 at 13:00
PR
Everything You Want to Know about Stellar, and Why it’s Getting Added to 1xBit
May 03, 2021 at 12:17
News
Bitcoin Reclaims $58,000 Support as Bulls and Bears Resume Price Tussle
May 02, 2021 at 11:54
News
South Korea Announces Testing of CBDC Right After Imposing a New Tax Framework; Is It a Coincidence?
More