Regulation in Canada for Disruptive Bitcoin and Blockchain Technology 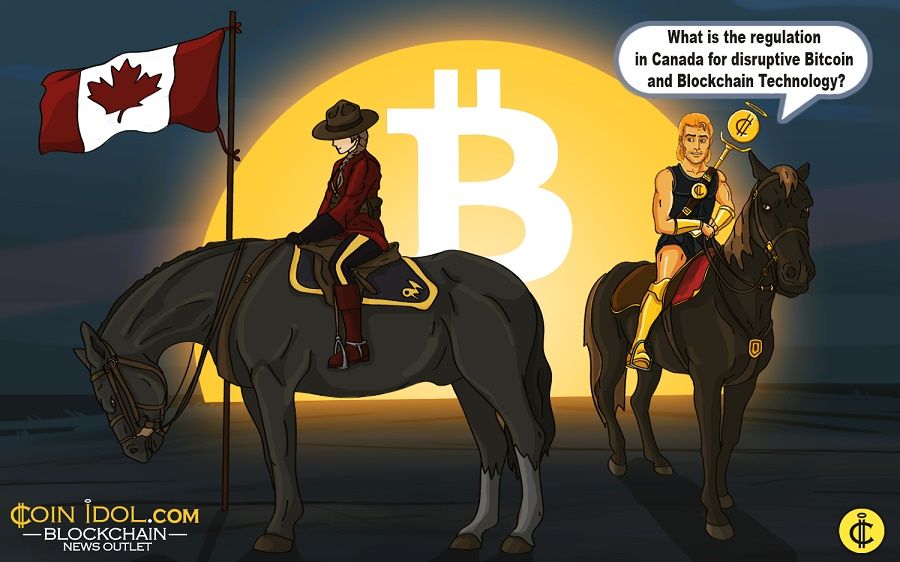 Coinidol.com has conducted a 3-part survey to determine what exactly is going on with the regulation of Bitcoin and blockchain technology in Canada. Representatives of one organization, one association, and one bank were interviewed; the Office of the Superintendent of Financial Institutions (OSFI); the Canadian Bankers Association (CBA); and ATB Financial. They hold different positions on the status of Bitcoin and blockchain regulation in Canada.

The first survey was done with the Office of the Superintendent of Financial Institutions (OSFI), which is an independent agency of the Canadian Government, established in 1987 to contribute to the safety and soundness of the Canadian financial system. The OSFI regulates federally registered banks subject to federal oversight.

The second survey was done with the Canadian Bankers Association (CBA), where the representative described exactly what their stance is. As an association, they are not regulators.

The third survey explored how a smaller provincial bank, ATB Financial, is managing to stay ahead of the curve by investing in innovations while staying competitive in a market where bigger banks have more resources. The fast-moving cryptocurrency and blockchain technology movement driven by public demand allows them to respond quicker to change since they are a smaller bank with more flexibility to explore different options.

Office of the Superintendent of Financial Institutions: Regulating Bitcoin and Blockchain Technology

Annik Faucher, the Communications Specialist for the Office of the Superintendent of Financial Institutions (OSFI), was asked about the organization’s role in regulating the cryptocurrency market in Canada:

“The Office of the Superintendent of Financial Institutions (OSFI), the Bank of Canada, and the Department of Finance monitor trends and developments in the financial sector on an ongoing basis, including virtual currencies and fintech.
While OSFI has not issued specific guidance related to trading in Bitcoin (or other “virtual currencies”) and fintech, we expect federally regulated financial institutions to be aware of the risks of engaging in financial activity, including activities that may be linked to Bitcoin, and to take appropriate measures if the activity is assessed to be higher risk.”

As a Trade Association, the Canadian Bankers Association (CBA) Is Not a Regulator

CoinIdol.com interviewed Andrew Perez, Manager of Media Relations for the Canadian Bankers Association (CBA), who gave another perspective and a succinct explanation of how the banks are managing to maneuver through change and the increasing popularity of the cryptocurrency movement.  He defines the position of the banks in Canada concerning the regulation of Bitcoin and blockchain technologies:

“Canadian banks are currently exploring blockchain and distributed ledger technology –  the technology behind Bitcoin – across a number of scenarios. Each bank has their own strategic plans that are proprietary and the Canadian Bankers Association (CBA) is not involved in these efforts. In addition, several banks have been working with the Bank of Canada and Payments Canada on a digital fiat currency.
Regarding how the banks intend to regulate Bitcoin and blockchain technologies, it's important to note that the banks are not regulators, and as such, they do not play a role in regulating Bitcoin or blockchain technologies.
With respect to the CBA’s role, as mentioned, banks are exploring the capabilities of distributed ledger technology; however, these activities are not being centrally managed or marketed through the CBA. That is not part of our role as an industry trade association.
There are currently no regulations surrounding Bitcoin; should it be regulated in the future, this would fall to the regulators/government authorities, as opposed to the banks or the CBA, which is an industry association. As for blockchain, it will likely never be regulated as technologies are not regulated – only the products and services that this technology would enable.”

Coinidol.com interviewed the Chief Transformation Officer, Wellington Holbrook, from Calgary, Alberta, Canada, at ATB Financial, one of the smaller banks that invests heavily in innovation. Insight is given into how this bank stays competitive while the whole banking system is being forced to change and shift its old structure. Regulation, or the lack thereof, is one of the issues defining and pushing the movement forward.

“We have worked with Ripple. The power of blockchain, for example, is that we sent $1,000 to a bank in Germany and it took 20 seconds as opposed to days. Typically, a transatlantic transaction of that nature would take a couple of days. One of the reasons why we were able to do this is that we run on the same SAP technology as the receiving bank. It’s the most advanced CORE banking technology available. Most of the other banks are running on much older CORE banking systems. What makes ATB unique is that we are running what might be the most advanced CORE banking architecture in the world.
It’s amazing that we are a regional bank in Alberta, Canada with this advanced technology. I think we’ve been bolder in making these kinds of innovation investments to position ourselves to be ready for the future of banking. We are smaller, but not too small. The large Canadian banks are mammoth, and so it’s more challenging for them to change quickly. The significance of the investments is enormous. They are not as flexible to make the quick changes because of their size. To be fair, they have massive resources, so therefore, we have to be more progressive to compete.” 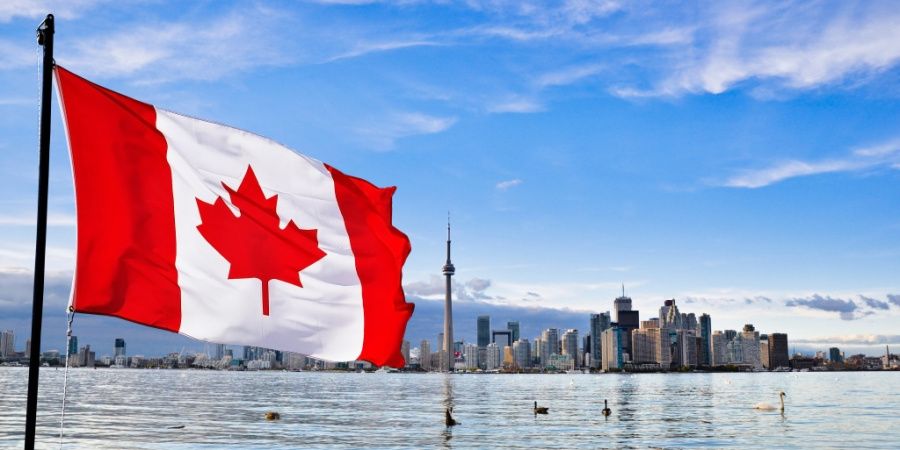 One of the benefits of Bitcoin and blockchain technology is the ability to move money around the globe at record speed, not possible before with fiat currencies. But still, banks are behind so there needs to be collaboration, because the whole movement is happening so fast. He explains:

“The cryptocurrency movement, especially Bitcoin, proved there are different ways to move money around the world. This really forced banks to challenge traditional business models on how to move money around the world. A good example is that transatlantic transaction we did.
We are also making investments by becoming members with organizations like R3 which is really a consortium of banks that are looking to build use cases for blockchain technology. The organization R3 is building is quite substantial. It has many banks that have become members that are working together to bring blockchain into the modern current payment infrastructure.”

Research and development are key for banks that are braving the new concept of cryptocurrencies, blockchain technology, and their integration into the current banking structure. Holbrook explains how this financial institution is testing the industry:

“We are testing some exciting business use cases on how we can utilize blockchain and the different things it can do for us, like KYC (know your client) for example. We have an innovation group at ATB Financial, and one of their major tasks is looking at blockchain. At this point in time, we are more focused on blockchain technology itself and not a specific cryptocurrency. It’s early to know exactly how cryptocurrencies will be regulated, and what kind of regulations there will be imposed upon them. We are certainly keeping an eye on the future in this regard.”

For banks, the lack of regulation covering cryptocurrencies is why they won’t touch it. Why regulation has not yet occurred is the issue. He stated to Coinidol.com:

“It’s a good question. We are just waiting to get a good sense of where cryptocurrencies are going so that we can decide where we might make investments to support those transactions. The banking industry has to work together and form relationships to make these decisions. Cryptocurrencies are still in their infancy where banks have not decided how to implement the whole process and work together.”

Regulating Bitcoin and Blockchain Technology within the Framework of Financial Institutions

Then there is the issue Of whether financial institutions will be exclusively responsible for regulating it within the framework of their own operations which we asked him about:

“These are unanswered questions at this time and it’s why banks have not moved quickly because it’s relatively new ground. It could have a big impact where the whole industry will have to be reorganized and no one knows at this point what that might look like. Cryptocurrencies could be a threat to the banking system that has been built over the centuries. Until regulation has been established, it’s difficult to predict what impact it will have on the banking system.”

How Implementing Cryptocurrencies and Blockchain Technology Will Affect Customers

How will these changes affect customers? We asked the very important question of how implementing Bitcoin into the current banking structure will change the way business is done with customers:

“We don’t, at this point in time, accept Bitcoin.  We don’t know if we will accept it in the future as this will depend on the regulation and appetite of the entire banking system to go in that direction. Once the regulation is established, it depends on whether Bitcoin gets treated like any other currencies and this will define how we do business with our customers.”

The melding of the current structure with the new structure is still not in a full-on collaborative mode so Coinidol.com questioned Holbrook about their intentions to cooperate with Bitcoin exchanges, Bitcoin wallets, and if the power of the cryptocurrency trend will overtake the fiat currency system:

“Unfortunately, this is not a question I can answer yet. We have not really considered how we might deal with Bitcoin or Bitcoin exchanges at this point.
My personal view is no. I think that, if anything, the cryptocurrency trend is more likely to create more currency options. I believe in the integrity of the financial systems in Canada, the US, and most other advanced countries, including Europe.”

The last question we posed is why the Bitcoin and blockchain technology trend emerged in the first place, especially since it is driven by the people. The question remains, how will it embolden people who want more empowering options including many who don’t have bank accounts worldwide, and how it will affect the global economy. Holbrook replies:

“I think the benefit of Bitcoin is making it easier to move money from country to country but it is still really difficult to see the actual impact it will have on the broader world global population. One of the reasons I believe that Bitcoin has not moved faster in traditional financial circles is because it has been circumvented to enable transactions that wouldn’t be supported by the global financial system. It’s a branding issue because early on, there were some missteps with Bitcoin, and it has made some people risk averse to it. But I think we will get beyond that however, I just don’t know when or how long it will take.”