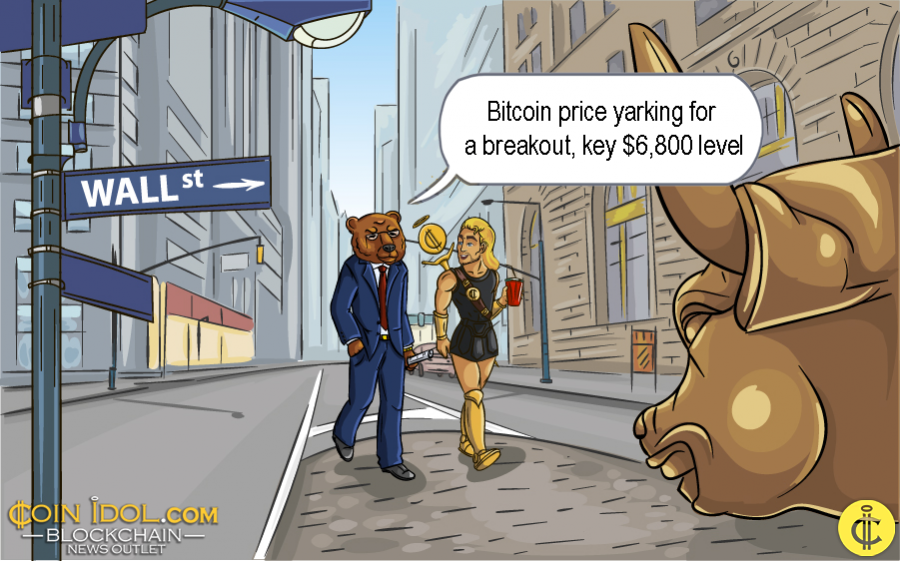 One of  Wall Street's jumbo cryptocurrency maniacs noted that the price of Bitcoin could be prepared for a great breakout if it goes forward to hold close to its current level at $7,500.

Bart Smith, head of digital asset at Susquehanna International Group, Pennsylvania-based trading exchange, noted that he is observing to see if Bitcoin continues to strike "higher highs" as it recovers from the year-to-date low it made in early June 2018.

"The technicians I have talked to are concerned about $6,800. That's the level where I think, if it breaks through, it would be negative."

Some comments from Tom Lee, founder of Wall Street strategist Fundstrat, he noted that it's a significantly optimistic signal that the price of Bitcoin didn't register a hefty sell-off in the immediate aftermath of the wide-spreading news that the U.S regulators had rejected the Winklevoss twins' most recent Bitcoin ETF application.

“It’s a sign of a positive change in crypto that bitcoin has essentially shrugged off the Winklevoss ETF rejection. If this took place in April-June (more bearish period), the crypto market would have seen a sizable sell-off. In short, affirming why technicals improving,” Lee said.

Although the price of Bitcoin has cast off roughly $1,000 in just a week following the Bitcoin ETF rejection, it didn't trade away all the gains it generated during the thrust to the Bitcoin ETF decision and has further succeeded to hold firm over the key $6,800 level.

Bart added that the institutions have yet to fix with the actuality of Bitcoin's risk profile. Nonetheless a highly-fickle asset, large-scale purchasers can use it to lower the risk of their entire portfolio.

“Bitcoin basically has a zero correlation to stocks, and by going one percent bitcoin and 99 percent equities, my risk profile is lower,” he said. “Square is half as volatile as bitcoin. So if I own $100 of Square and own $50 of bitcoin, I’ve basically got the same risk on.”

After institutions start thinking about Bitcoin from this angle, brand-name pensions, insurance firms and endowments could start to occupy small positions in Bitcoin, hence inciting a bull cycle.