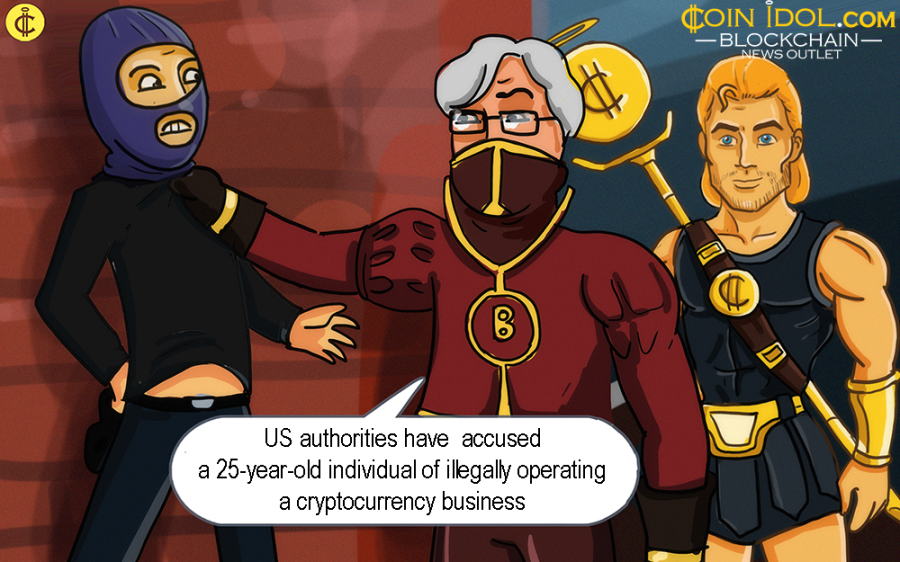 United States (US) authorities have accused a 25-year-old individual of illegally operating a cryptocurrency business. The suspect identified as Kunal Kalra otherwise known as ‘Kumar’ exchanged around $25 million in both fiat currency and cryptocurrency that was gained from his unlicensed and unregistered money transferring business, Finance Magnates reveals. It is allegedly said that the US Dept. of Justice charged Kumar with 4 counts of felonious information.

According to the reliable court documents, Kumar was prosecuted because he was caught red handed running a cryptoasset exchange in the country without any authorization from the responsible financial authorities. The suspect has been operating this digital asset exchange since May 2015 to Oct 2017.

His exchange used to give-and-take cash with several digital assets including Bitcoin (BTC), Ether (ETH), Ripple (XRP) and others, and vice versa, however, he used to only deal with cryptocurrency users that could manage to pay fees of about $5k.

Many scenarios of this stature have been happening, whereby different financial authorities across the globe, have been prosecuting criminals caught operating illegal cryptoasset exchanges. For instance, in July, 2019, a certain individual identified as William Green residing in New Jersey, was charged by the Federal jury for unlawfully selling about 194 BTC (approx. $2 million) via a proscribed money transferring/transmitting platform.

William was indicted for running unlicensed money business dubbed “Destination Bitcoin,” and will soon be brought before the US District Judge, but the real date for the event has not yet been set. The system was enabling clients to change their cash into cryptocurrency especially Bitcoin for a small fee.

Also, back in May, 2019, the US SEC filed a civil injunctive against the culprit of a big pyramid scheme known as Daniel Pacheco. Daniel operated this unregistered business from January 2017 to March last year, that was providing fake securities. In an effort to save citizens from making a lot of unnecessary losses, many US states including Wyoming, Utah, Colorado, California, etc. are trying to regulate the use of cryptocurrencies and blockchain, the underlying technology behind altcoins.