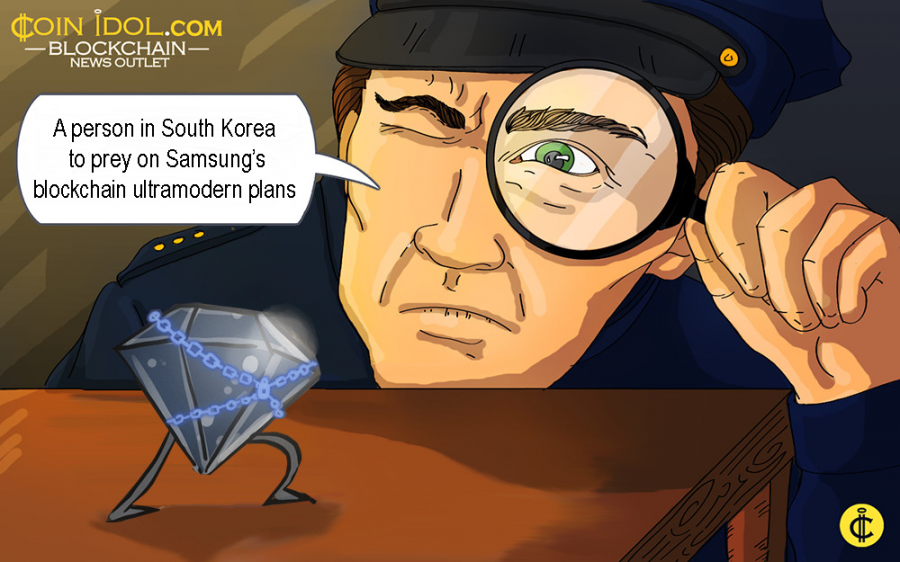 Various developers are trying to make money using other people’s or company’s popular names and brands. As we talk right now, there is a person in South Korea that is trying to prey on Samsung’s blockchain ultramodern plans by ripping off the Samsung Coin brand. The person behind this move has been identified as Kim Nam-jin.

On Wednesday July 10, Nam-jin managed to submit an application written in both English and Korean in the patent and intellectual property office of the country known as Korean Intellectual Property Office (KIPO) located in Daejeon Metropolitan City, with the aim of registering the trademark. He is also trying to work on trademarking ThinQ Wallet. Remember the same trademark was initially filed by LG Electronics on Tuesday July 2 in both the United States and South Korea.

Nam-jin filed an application under classes that are connected to computer programs including electronic money cards, downloadable digital money, IC cards with digital money function, etc. Nevertheless, the technology giant Samsung is not behind this particular application. One of the senior representatives of Samsung revealed that their company does not operate in this way.

The application is not clearly stating whether it’s in any way connected to distributed ledger technology (DLT) or cryptocurrency. This application has come in a time when the tech bull is planning to develop its own blockchain network using Ethereum technology and further create its own digital currency dubbed Samsung Coin. Blockchain and cryptocurrency users should properly check all the necessary information before investing in any digital asset.

Also, the leading social networking service firm Facebook will very soon launch its own coin known as Libra. This fact might have become one of the reason why this person has thought of launching Samsung Coin. When the Samsung Coin and Libra are finally introduced in the market, they will play a big role to boost the cryptocurrency market.

Samsung has been in this space for quite a long time.  Recently, the company launched new software development kit (SDK) based on Ether blockchain to allow developers design modern decentralized apps. Samsung is also planning to add a digital currency wallet to its budget phones. It also added Bitcoin (BTC) support for their newly launched blockchain and cryptocurrency smartphone, Galaxy S10. The phone now supports a wide range of cryptocurrencies including Ether (ETH), ERC-20 compatible coins, etc.

Everyone willing and able to participate in cryptocurrency, should first double check what they are investing in. scammers are not sleeping, they are determined to steal and run away with people’s money. Some of them are using famous names of individuals or companies to con people, for instance, fraudsters were using popular names like Donald Trump, Elon Musk, Vitalik Buterin on social media platforms especially Twitter to steal BTC. In addition, potential investors should also stand warned of fake Bitcoin and cryptocurrency scam stories.

Tags
Cryptocurrency Wallet Samsung Blockchain Money Developers South Korea Korea Brands
Most Popular
May 21, 2022 at 11:47
Price
Uniswap Consolidates as Price Rally or Breakout Could Occur
May 21, 2022 at 09:55
Price
Polkadot is Unable to Regain Bullish Momentum, May Slide below $7.18 Low
May 20, 2022 at 11:30
Price
Ethereum Is in a Confined Range as Bulls and Bears Reach Equilibrium
May 20, 2022 at 10:38
Price
Ripple Consolidates above $0.38 as Buyers Emerge in the Oversold Region
May 19, 2022 at 15:30
Price
TerraUSD Falls Significantly as Bears Gain More Grounds
More