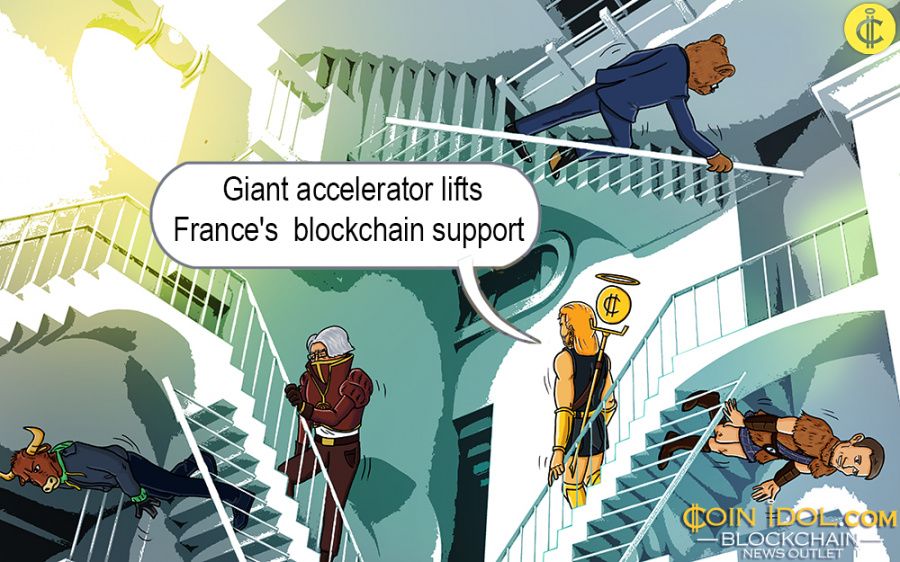 The new European blockchain accelerator launch that happened this week in Paris, the capital of France, is one of the signals showing how cryptocurrency technologies sectors have changed with a powerful striking effect over the past few months in the country.

Chain Accelerator, Europe's giant accelerator devoted to blockchain new business ventures designed for rapid growth, will officially be based in Station F, the large startup campus which started last summer. The giant accelerator is targeting at alluring blockchain startups all over the globe.

"At a time when the president and the government want to make Paris the capital of ICOs, Chain Accelerator is positioning itself as a key player," said co-founder Nicolas Cantu. "By setting up a global and operational network in Paris, it brings together the best talent, extends the circle of contributors, and prepares for disruptions to help blockchain projects develop protocols in all sectors."

In March this year, Bruno penned an editorial that was for a French startup blog explaining that he was all-inclusive on cryptocurrency and blockchain and further declared that he had ordained a commission to come up with various methods of setting up "an effective legal framework" that will strongly embolden Initial Coin Offerings (ICOs) and allure potential cryptocurrency business people.

Alex Stachtchenko, president of La La Chaintech, a French association for entrepreneurs and blockchain platforms noted that Bruno was successful convinced partially by the capability the blockchain possessed for helping most of the French startups in raising money.

As the new favouring blockchain regulatory structure is still under proper consideration, France's cryptocurrency sphere and entrepreneurs are expecting the best in all possible ways of driving the technology.

A report was officially released by France Digitale earlier this month deeply analysing the blockchain landscape plus the 10 strong principles it believes the French government will appreciate as it sets proper regulations.

Nicolas Brien, managing director of France Digitale, revealed that when he initially heard the government adopted an anti-blockchain position,  he was worried that officials didn't properly understand the possible effects for sovereignty. He is happy to observe the government's change of heart on blockchain technology and optimistic about France creating a nice home environment and Europe at large.