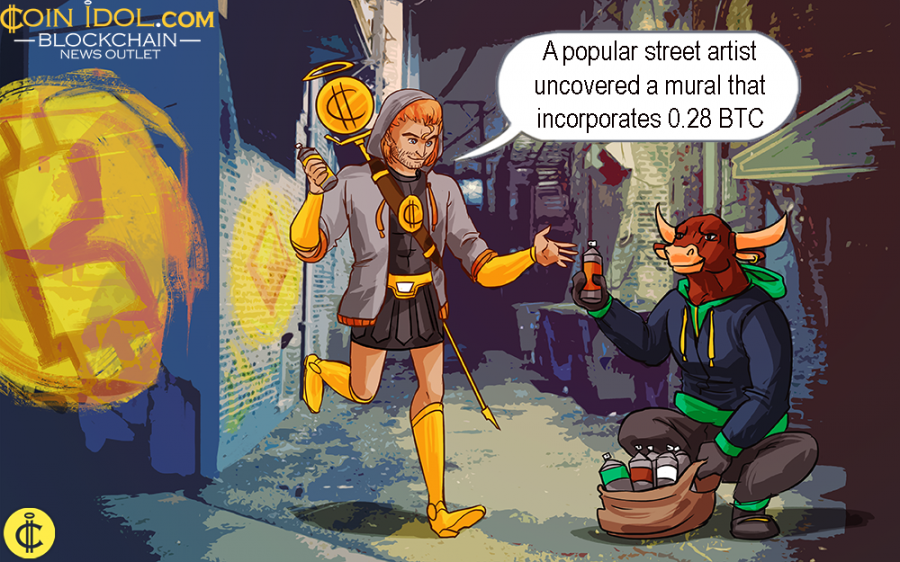 For the past two months, the whole globe has watched and kept an eye on the yellow vest protests in France as the fundamental political movement has battled for economic fairness. On December 6, 2019, Pascal Boyart (Pboy), a popular street artist uncovered a mural that incorporates a solvable puzzle that contains around 0.28 Bitcoins (BTC) inside. Pboy elaborated that the puzzle can’t be distantly and remotely resolved and that the sleuthhounds have to visit the location as a must to trace the painting’s cues. 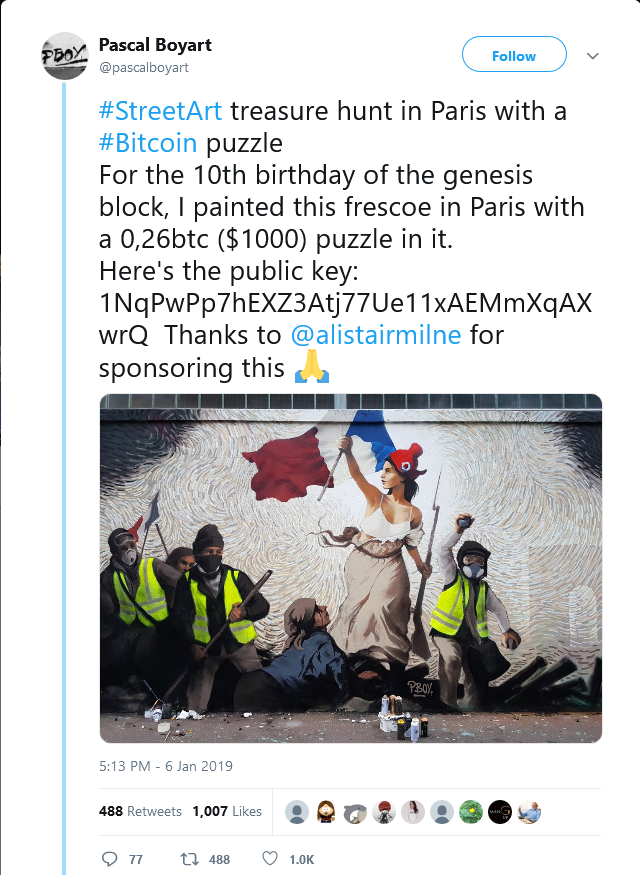 If you have been following world politics, then you might have observed the yellow vest protests occurring in Paris, the capital and largest city of France; and international center of culture and commerce. Likewise, to other political campaigns such as Occupy Wall Street, the yellow-vested Gilets Jaunes every time have been mobilizing against objectionable tax rates, increasing living costs, and lofty fuel prices. Like the majority of these political campaigns, the choler and ire are directed at France’s bureaucrats and central banking system which several people think is the source of the community’s economic problems.

While the yellow vest protests were happening in Paris, Pboy developed a mural (wall painting) portrayal of the drama flowering in the area. The mural is also a puzzle, that comprises 0.28 BTC for whatever person can successfully solve the enigma.

Pboy elaborated to his Twitter enthusiasts that the enigma inside the wall painting was furnished with funds by Alistair Milne, a popular Bitcoin fancier.

“A street art treasure hunt in Paris with a BTC puzzle,” Pboy declared to his Twitter followers on Mon Jan. 7, 2019. “For the 10th birthday of the genesis block, I painted this fresco in Paris with a 0.26 BTC ($1000) puzzle inside it.” “In order to resolve the puzzle, you must be physically in front of the mural — The BTC puzzle now has 0.2845 BTC inside as someone gave more to the bounty.”

Currently, no one has solved the mural puzzle and the address still contains the 0.28 BTC inside. Boyart’s website, which shows a better portion of his portfolio, elaborates that the wall painting is based on the illustrious oil painting of Eugène Delacroix completed in 1830 of the July revolution event.

The improved “Liberty Leading the People 2019” seems not to be Boyart’s first crypto-themed piece of work, the painter has done several interpretations of dabbled Bitcoins, Dorian Nakamoto painting created in USD, and burning euros. Cryptograffiti, a crypto street artist based in the U.S, also gave props on Twitter to Boyart after he discovered the puzzle.