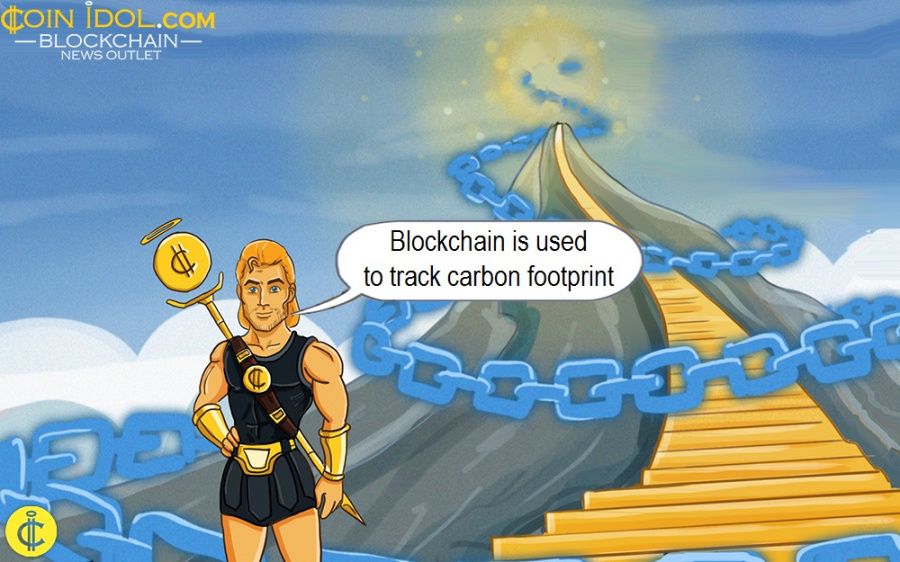 As the main reason for drastic climate deviations taking place recently is considered to be carbon emissions, and conventional methods of its regulation obviously do not work well, countries are forced to seek innovative alternatives. Among other technologies, special attention has been paid to blockchain.

Owing to its transparency and traceability, it can ensure a fair recording of measures actually taken by countries to reduce their carbon footprint. Besides, it can be used to distribute quotes and sell carbon units, making it impossible for governments to manipulate these data according to their interests.

Many organizations are exploring blockchain as well as other innovative technologies to improve the situation with climate. For instance, researchers from Microsoft, the University of Tech of Denmark and the Technical University of Berlin, published a paper dubbed “Blockchain Application for the Paris Agreement Carbon Market Mechanism,” that focuses on the use cases and potential benefits of blockchain when implementing the above-mentioned agreement.

According to a report by Coindesk, the paper states that blockchain and distributed ledger technology (DLT) can help implement the Paris Climate Change Agreement by developing an effective carbon market mechanism according to its Article 6.2. As the Paris Agreement is going to replace the Kyoto Protocol in 2020, it will become the key framework for reducing carbon emissions, aimed at a gradual reduction of greenhouse gas emissions so that the global average temperature doesn’t increase by over 2°C (35.6°F) compared to the pre-industrial level.

In particular, Article 6.2 is intended to provide a more decentralized and cooperative form of the accounting system of the Emissions Trading Scheme (IET), a market compensation measure for tumbling CO2 emissions. That is where blockchain comes on the stage, providing benefits in the matters of interoperability with other tools, automation of processes through smart contracts, transparency, tracking, audit function improvement, system security, and trust improvement among participants.

The Intergovernmental Panel on Climate Change (IPCC) discovered that the impact of a global increase of 35.6°F in temp will cause devastating effects. In fact, they are already happening. For instance, rains have been washing away houses in Carpathians, Ukraine, all month. As a result, the water level in local rivers rose up to 9 meters, flooding villages and cities. For the record, such kind of weather was not typical for Ukraine until the past couple of years.

On the other hand, rains came as a blessing as they allowed Ukrainians to cope with forest fires raging in the Chernobyl area. Environmentalists and doctors still argue on the consequences it might have over people, as fire destroyed kilometres of the forest, releasing tons of emissions in the air. Despite being said the fire itself was caused by a human factor, dry weather prompted it to spread to a huge scale. Similarly, fire damaged a significant part of Australia in late 2019, having killed lots of animals in the area.

And these are far from being the only disasters caused by climate change and the greenhouse effect, making countries switch to a more environmentally friendly lifestyle to prevent a global catastrophe able to turn our reality into a post-Apocalypse movie. First of all, the authorities in charge of climate and environment should use any technology available and take necessary action not to allow an increase in temp beyond 1.5°C (34.7°F). To tame the destruction, countries need to revise and optimize their policies on carbon footprint, where innovations such as blockchain might help.

Trying to save the day

Thus, Russia started exploring its potential back in 2016, when it launched a blockchain ecosystem aimed at ensuring transparency and traceability of the carbon market as well as attracting international investments to environment-friendly projects. In early 2017, the DAO IPCI ecosystem registered the first-ever transaction on the purchase of carbon units, proving the efficiency of the technology long before it was explored for the Paris Agreement.

Some cities of the UK also look for ways to contribute to combating climate change. In 2018, Liverpool City Council announced their aim to use blockchain to reduce carbon footprint by more than 40%, with the system still being in progress, as coinidol.com, a world blockchain news outlet, reported. From 2019, the Bristol City Council in partnership with a blockchain and cryptocurrency firm are also using DLT to handle the city’s traces of carbon. They have jointly established a system to award tokens to those citizens that have chosen to switch to a more environmentally-friendly lifestyle, hoping to incentivize people.

In a struggle to achieve zero tolerance to harmful emissions, the international certification authority DNV GL also teamed up with a blockchain startup to develop a structure that will lower down the bi-oxygen demand (BOD) as well as other carbon emissions in Italy.

Most countries now realise the need to revise their people’s lifestyles and main principles of work of the key industries, that is why they are looking for new solutions to improve the situation. Sure, the technology itself is not able to change anything. However, the fact that people at least try to battle the greenhouse effect brings hope that humanity will be able to stop a global catastrophe with the help of innovations including blockchain.