Blockchain Tech to Contribute to Sustainable Life in Italy 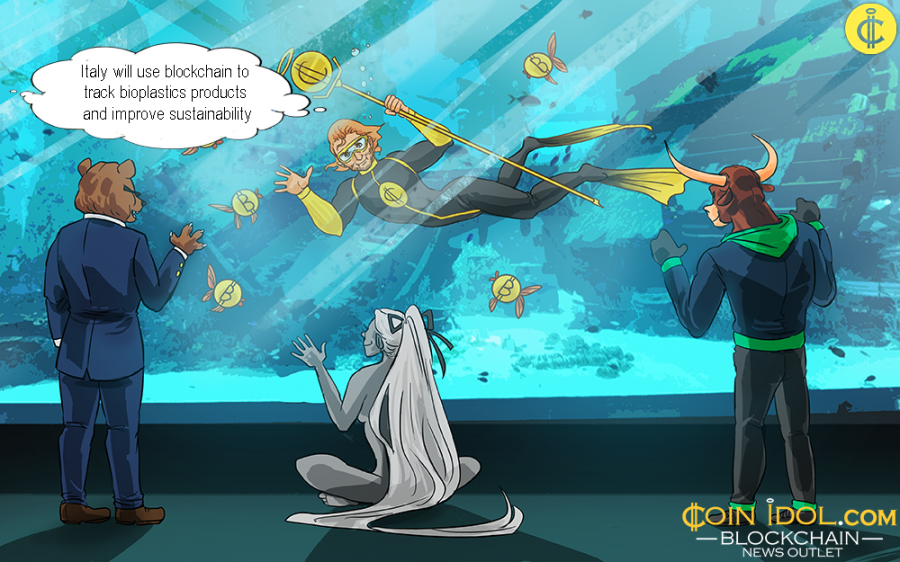 The giant Italian bioplastic manufacturer decided to explore blockchain and distributed ledger technology and its potential for its sustainable production. A startup called EarthBi has chosen the blockchain for ensuring characteristics and tracing its manufactured bioplastic products in Italy.

Italy is one of the biggest exporters of non-recycled plastic waste in the world, according to the study based on Eurostat data, in fact it is ranked the 11th in the whole globe. Last year, the country exported more than 197,000 tons of plastic, and if the waste products from the plastics are not properly dealt with, can cause environmental degradation through polluting seas, rivers, land, aquatic life, agricultural production, which puts the Italian citizens on high risks of acquiring diseases.

In an effort to prevent the plastic waste products from affecting the health of the citizens, professionals have teamed up to engage in a revolutionary competitive and innovative projects including blockchain and distributed ledger technology, that can solve the problem by participating in the production process – the main goal is to prevent environmental pollution caused by plastic materials.

Besides the ‘no plastic’ campaigns in the country, which aim at blocking the whole industrial production of plastic, the startup EarthBi, is aimed at changing the whole industry by combining incessant technological progress with environmental sustainability, and have introduced a new biodegradable plastic material to the market – through a study carried out by the Italian scientists and Universities.

The bioplastic will have a positive impact on the environment, and employment of blockchain technology in guaranteeing and assuring the authentic transparency on the technical characteristics of the product, since the technology enables the products to be tracked, and also allows the final consumers to trace the origin, quantity and destination of the product.

Just like many other countries in the world, Italy is searching for effective ways to grow sustainability. Recently the government claimed blockchain solutions have the potential to save the country from power blackouts.

During the XIX Annual Workshop, it was disclosed that by the year 2030, Italy will see protracted blackouts because of the high demand in renewable energy such as solar, geothermal, wind, etc. as sources of power. The electrification, automation and digitization processes could cause great suffering to the energy system of the country, taking more than 1700 hours annually. However, the proper use of blockchain and distributed ledger could help save the day if the technology is introduced in early enough.

However, sustainability growth is only one of the many fields blockchain is used for in Italy. Last month, Carrefour, a French supermarket group with its operations in Italy, showed its commitment to blockchain in tracking its products in its supply chain and revealed that it wants to track the origin of over 20% of its products before this year ends.

Also, the food industry in the country is using the revolutionary technology to execute secure, transparent and immutable goings-on without necessarily using the certifying body – and the customers will not be worried of food sourcing.

The wine industry also started to use blockchain technology. The country is one of the largest producers of wine in the world with more than 4,600 wineries supplied in over 140 different countries globally.

The country will use the blockchain success of wine in other related projects such as Made in Italy, and the government invested more than €40 million to experiment it. The technology will be used to protect Made in Italy from being counterfeited especially the textile products.

As all these sectors contribute a large part on the national economy, through generating revenues from the exported products and paying taxes to government, Italy also plans to use blockchain technology to fight tax evasion since the technology has the potential to provide a steadfast, dependable and reliable data in the real time hence making a system where tax authorities and tax payers have equal trust and assurance in the honesty of the information collected.