Blockchain Solutions for Energy to Save Italy from Blackouts 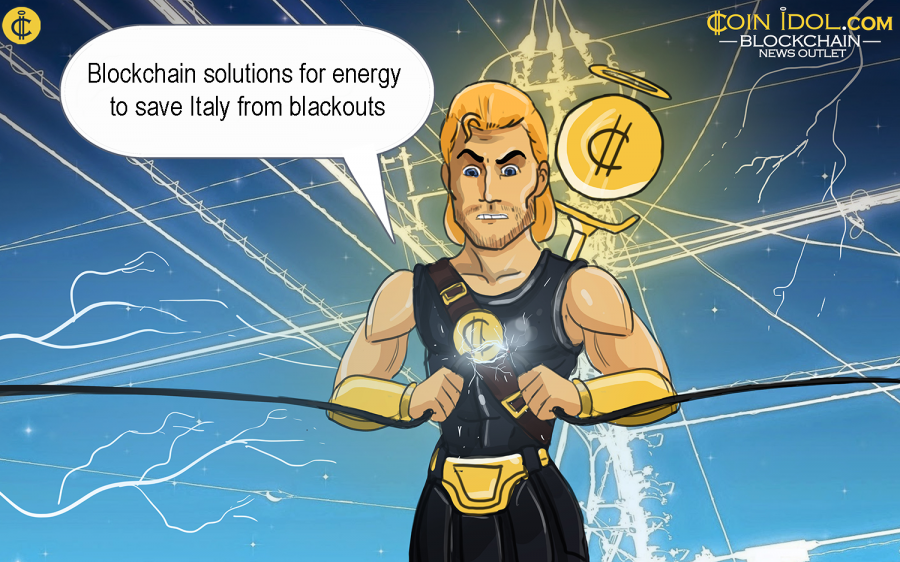 The XIX Annual Workshop organized by Agici and Accenture has revealed that in 2030 Italy risks to experience prolonged blackouts due to the increased demand in renewable sources of energy. The electrification process may bring suffering to the Italian energy system, consuming up to 1700 hours a year. The use of blockchain and digital technologies seems to save the situation if applied in time.

The State of Italian Energy Sector

According to the new Accenture study entitled "Flexibility: an opportunity for the energy transition", the Italian electricity system could be in a highly critical phase in 2030, both for the increase in average consumption and for the state of the infrastructures also due to the electrification, digitization and automation programs of the economic system. In this context, the existing infrastructures will have to evolve taking into account the increase in consumption - mainly due to the spread of electric mobility - and the greater use of non-programmable renewable sources. To this is added the decrease in the thermal capacity in operation, for example for the planned "phase-out" of coal, which will inevitably have a negative impact on the entire system.

"In a few years, the Italian electricity system will be under stress and, without radical changes, in 2030 the electricity demand may not be satisfied: there is a risk that peak demand will be significantly higher than the installed capacity, up to 1700h/year, equal to 19% of the total, with a gap of 6 up to 16 GW,” Pierfederico Pelotti, Head of Utilities of Accenture in Italy, said.

Adoption of Digital Technologies is the Best Solution

With the aim of defining the level of flexibility necessary to keep the system stable, Italy has created a proprietary model that simulates withdrawals and hourly inputs into the electricity system. This model considers the hourly demand for the coming years and production from renewable and non-renewable sources, to identify any surplus energy gap.

Depending on the scenario analyzed, in a few years, the Italian electricity system will be put under stress with the risk of peaks in demand that sometimes may be significantly higher than the installed capacity. In particular, the adoption of technologies such as Blockchain, AI, IoT, new capabilities and new business models will have a strong impact on the country's energy ecosystem to guide the transition towards the objectives of the SEN.

“The transformation scenario opens up a great opportunity for Italy because, provided that ecosystem planning is implemented, the extra energy capacity can be derived from the use of a mix of sources of flexibility", Sandro Bacan of Accenture admitted.

Blockchain and digital technologies already help Italy in various fields, starting from notarial data to mechatronics. There is no surprise now that 2019 has been admitted as the golden year for blockchain technology in Italy.