10 Stupid Questions About Bitcoin and Cryptocurrency 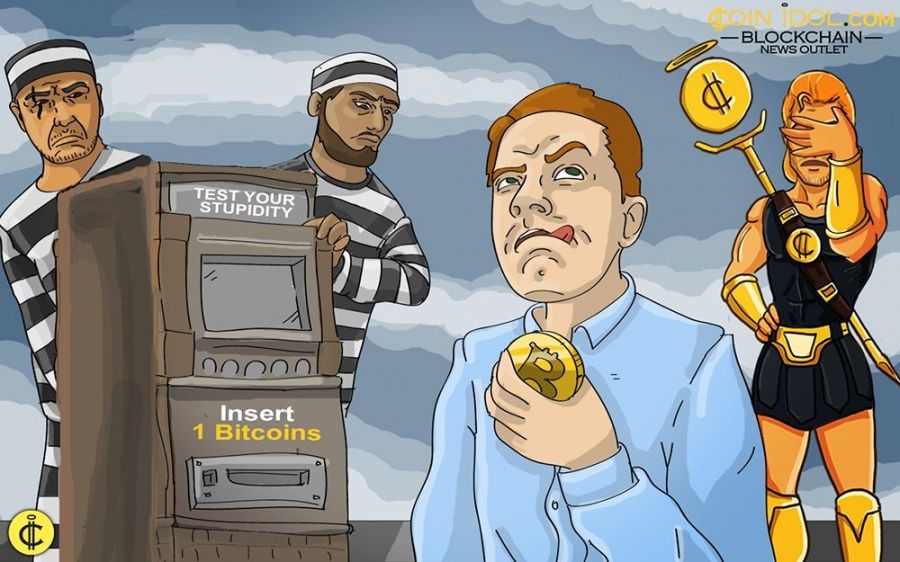 Every industry has its stupid questions that professionals are asked about by those who know nothing about it. Cryptocurrency industry is not an exception. Since the industry is still young, people don’t have all the information or data concerning this sector.

As people want to learn more, questions are not avoided. Others fear or are afraid of asking questions thinking they are going to ask stupid things. We bring stupid questions people always ask.

Who created Bitcoin and how does he or she look?

People always ask these questions whenever they hear about Bitcoin. The person or company behind Bitcoin is called Satoshi Nakamoto. However, Satoshi has never come out publicly such that people can have a look at him. This keeps the public wanting to know who really controls Bitcoin and what that person looks like.

There are numerous theories about the identity of Satoshi Nakamoto. From the very inception of Bitcoin, the community speculated about many prominent people being the coin’s father, including Hal Finney, Nick Szabo, Dorian Nakamoto, Gavin Andersen and many others.

The most popular personality is Craig Wright who claimed to be Satoshi himself. He even provided some private keys allegedly belonging to the bitcoin wallet known to be Nakamoto’s. However, the community was not convinced by the argument, and Wright got himself widely famous as Faketoshi.

By the way, the “face” of Satoshi belongs to Dorian Nakamoto. It is his picture that is used each time when the father of Bitcoin is used. Despite Dorian having nothing in common with Bitcoin except for the name, the image of a funny-looking aged Japanese man became very popular to be associated with BTC creator. 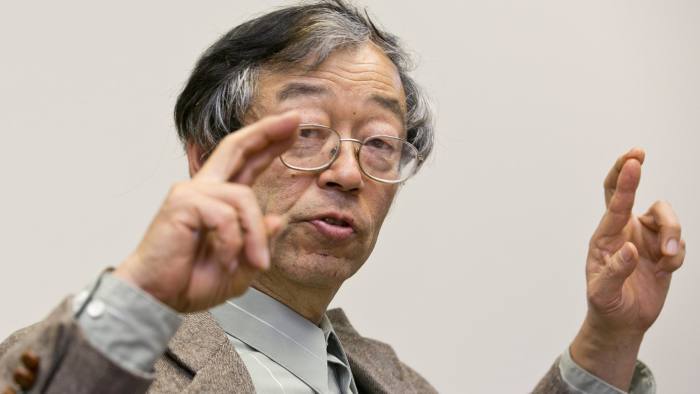 What does Bitcoin look like? Does BTC have a physical form?

As people were using money for centuries, they got used to the notion that it must be tangible and have a physical form. That is why it is difficult to embrace the concept that something without any tangible form might actually be used as money.

But a fact is a fact, Bitcoin has no physical form. It is just a computer code that is used for performing operations. Perhaps, this is the main reason why the common folk have a lack of trust in cryptocurrency. Something that can not be touched does not exist. It is like a ghost, no one has seen it but everybody believes in it. So, is Bitcoin a ghost of money?

No. And the price of the flagship crypto proves it very well as it approaches the mark of $30,000. Despite it being difficult to understand for those who lack technical knowledge and skills, the BTC code is more than just figures. It has value because it is backed by something that has been working for centuries, namely, the laws of math.

Should I sell my house and invest in cryptocurrency?

Those people who invested in Bitcoin when it had just been launched made a lot of profits during the first cryptocurrency bubble in 2017. Initially, the value of Bitcoin was between $0.0008 to $0.08 per coin in around July 2010. Seven years later, BTC traded at around $20k, which is 250000x the initial price.

So now those without the experience in the cryptocurrency think that every day is a Sunday. They think Bitcoin will continue giving upward rallies forever, to the extent that they can go beyond selling their property to raise huge amounts of money to invest in cryptocurrency.

However, trading is far from being that easy. In reality, Bitcoin, just like any other cryptocurrency, is very volatile. So there is a high risk of losing money instead of gaining it. To get real profits, a trader or investor should do the homework properly and get enough knowledge and understanding of the market dynamics. This will help in defining the right time for buying and selling. And, no, there is no need to sell anything to start trading or investing. 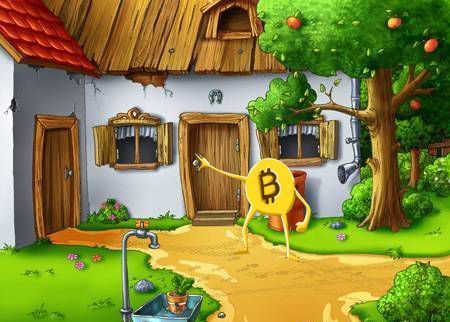 Can I mine cryptocurrency the way they mine minerals like gold, diamond or copper (traditional mining)? Can anyone mine Bitcoin?

Theoretically, any person can mine crypto. You only need the right skills, resources, tools and equipment such as Application-Specific Integrated Circuit chips (ASIC). Most people, especially the inexperienced or illiterate, think that mining BTC is like mining gold from the ground. When they hear of mining they think of holding a hoe, shovels, pickaxes and hammers.

Some people don’t know that cryptocurrency can even be mined using a smartphone. Miners who have made a lot of profits in mining cryptocurrency have to have access to cheap power and also join mining pools since pools help them to lower expenses.

Will cryptocurrency make me rich in five years?

With the two crypto-bubbles that have happened where we saw Bitcoin hitting and exceeding the $24k cap. People think that if they invest in Bitcoin they will be millionaires in future. In fact, the early bird investors didn’t become millionaires. They became billionaires.

On the other hand, BTC price volatility saw many people with a lack of knowledge lose their funds. All in all, Bitcoin indeed can make a person reach, but only if a person possesses proper expertise in the field. Profits don’t come for nothing.

Is it too late to purchase crypto now?

The early bird investors indeed became billionaires as cryptocurrency prices have grown enormously. For this reason, many people believe it is too late to buy coins as they will not bring so much profit anymore.

However, 2020 has proven this concept frog. In March, during the event known as Black Thursday, most major cryptocurrencies lost a great deal of their value. For instinct, Bitcoin cost around $3,500. By the end of the year, the coin’s price approaches $30,000. Anyone can do one’s math to figure out the profit it brought to those who bought the crypto in March. 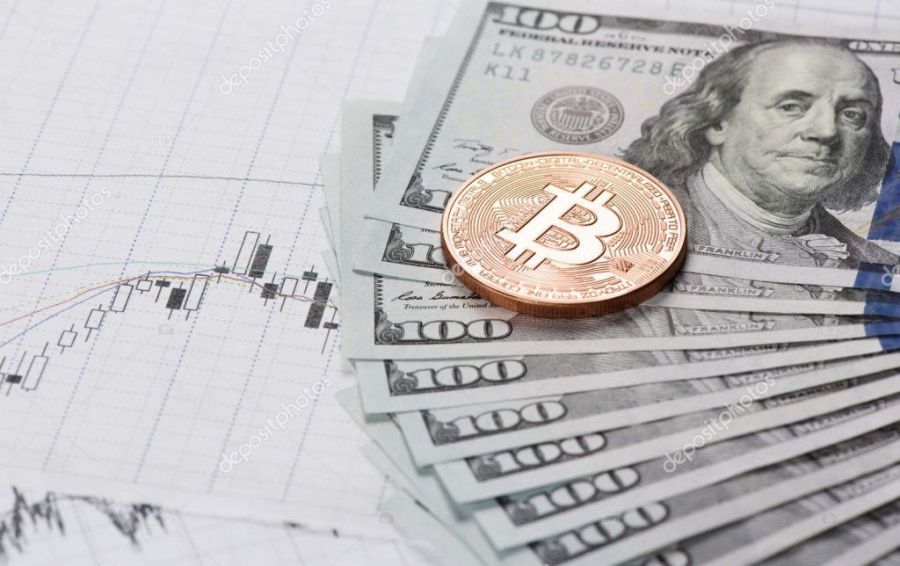 I have some money in the bank, should I withdraw it and use it to buy crypto?

Many beginners to the industry tend to think that bitcoin investment is something like a bank deposit, where people get regular profits. Again, this assumption is wrong due to the high volatility of digital assets. For a person can get rich or lose everything in a matter of hours (remember the Black Thursday event).

So, those who want to minimize risks and get a small but stable income from their investment should keep their money in their bank accounts. Cryptocurrency is not a deposit, but an investment opportunity with all associated risks.

How many bitcoin does someone need to retire?

Getting a passive income to retire and live for one’s pleasure is the dream of many. However, no one would tell for sure how many Bitcoins a person needs to make this dream come true. Again, it is all because of price volatility. Despite analysts predicting a bright future for the coin in terms of growth, no one knows exactly how much it will cost in the long-term perspective.

If I hold crypto for a decade and its price becomes like $2 million per coin, who will then buy my cryptocurrency for that amount of money?

People think that if the price of a cryptocurrency such as BTC is high no one will afford to buy it if a holder decides to sell it at once. This might be true, even though one might be surprised by the number of people in the world who think $2 million is not a big amount.

But even if no one buys the entire amount at once, a holder can keep on selling his or her BTC in small portions. One can sell it to different buyers or traders until one empties the wallet. It might take longer, but it proves that there is no danger for a hodler to be unable to sell one's coins. The danger exists only in case there will be no single cryptocurrency exchange in the world.

Can anyone create one’s own cryptocurrency?

Obviously, yes. The abundance of cryptocurrencies in the market proves that very well. However, the development of the code for a coin requires certain knowledge and skills. So, probably, someone from the humanitarian field of knowledge might find it difficult to develop a mathematical code. But still, the person can arrange a team and engage professionals with the proper expertise.

Considering the overall digitization caused by the COVID-19, the field of developing cryptocurrencies and tokens offers great opportunities in the long run. For instance, CoinIdol, a world blockchain news outlet, previously reported that many football teams have launched their tokens to engage their fans and supporters in conditions of the lockdown.

These are far from being an exhaustive list of questions related to cryptocurrency as this industry is still nascent. But the abundance of questions is great for any industry. It means that people are actually interested in it.

What was the most stupid question you were asked about cryptocurrency? Let us know in the comments below!