How Much Time is Needed to Perform the Process of Bitcoin Mining? 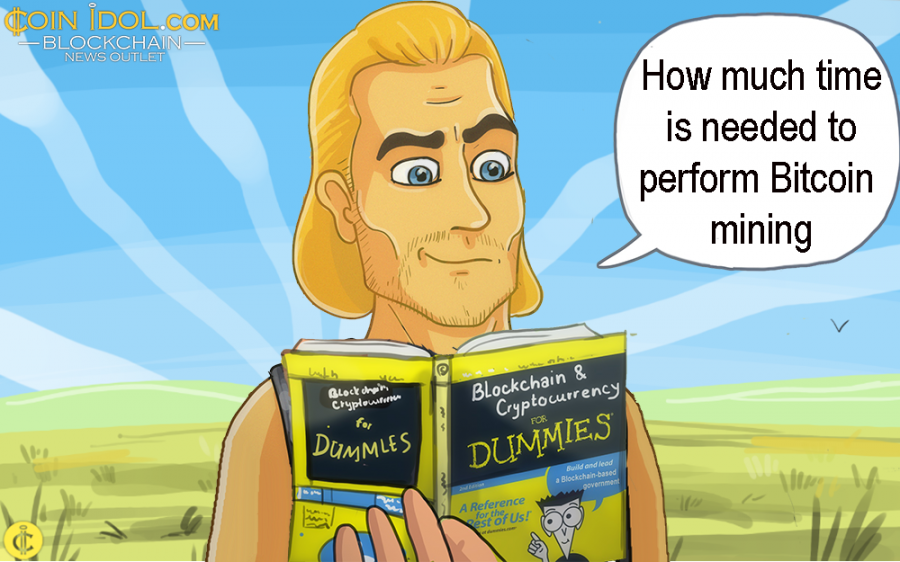 It goes without saying, that the Bitcoin network needs a significant help to maintain the platform in service. Bitcoin miners successfully cope with this task by verifying newly-created blocks of transactions. In return, they get rewards for their efforts. But how much time do they spend on mining a Bitcoin?

The Technical Part of the Question

Frankly speaking, there does not exist an accurate answer to this question. The time needed for mining a Bitcoin may vary for each person individually because the result depends not only on the period of time dedicated but also on the competing ability. First of all, one need to outcompete other people who aspire to mine this Bitcoin. However, it is not a big problem, as new blocks are created every ten minutes. So, there are pretty many chances to win a virtual coin.

The core of the Bitcoin network is Proof-of-Work (PoW) mining algorithm, meaning that miners have to become rivals in a race for a prize. There is a complex computational task and the first, who completes it and adds a new block to the blockchain, will be rewarded. That is important to notice, that only one miner can become a winner. The one who has the most powerful computational resources.

The reward for solving a block can change over time but currently it makes up 12.5 BTC. To sum it up, we can say that there is no proper way to define how long it takes to mine one Bitcoin.

If your equipment is not enough to mine a crypto alone, you can consider joining a Bitcoin mining pool. Such pools gather people from different parts of the world who want to increase their chances of successful mining. They put their computational resources together to win a competition. In a case of positive output, every member of a pool gets his share from 12.5 BTC.

The reward obtained from mining is distributed according to the amount of hashing power that each member can provide. For instance, if you were able to contribute 5% of the total hashing power to the total amount, then you would receive the corresponding number of funds gained by the pool.