Spectrecoin Provides Better Anonymity Than Zcash, DASH and Monero: Is This Claim Legit or Rubbish? 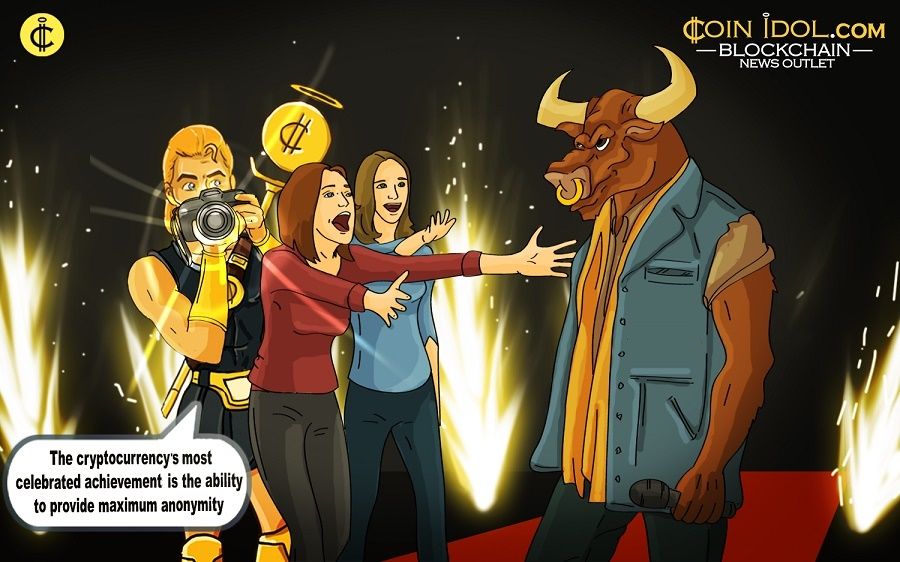 Spectrecoin is a cryptocurrency launched on 20/11/2016 with a new concept for total security and anonymity on the blockchain which will be based on the Android platform. Spectrecoin’s main aim is small private remittances of money. Coinidol.com investigates whether the new Spectrecoin provides the best anonymity and security compared to the existing competitors on the market.

Cryptocurrency’s most celebrated achievement is the ability to provide maximum anonymity and security in money transfers and transactions. The cryptocurrency market on November 20th received yet another “powerful” player: Spectrecoin. Spectrecoin is said to be the best in terms of security and anonymity. Let's examine this claim with the leading experts in the cryptocurrency world.

Does Spectrecoin provide the best security and anonymity as it claims?

Most cryptocurrency users, for one reason or another, want maximum security for their transaction, CoinIdol.com asked Daniel Boutrin, Head of Research, BDMG Paris Crypto Currency and High-Speed Reconciliation Research, if Spectrecoin provides this kind of security according to his technical in-depth analysis. He stated:

“I think there is huge confusion of the author and the hacker that provided the code, technically sealing key with ring signature allows leaking information as an anonymous. It is all based on RSA which provides weak strength.  People forget that a personal computer can't generate a strong key, granted the domain of key produced is huge, but no computer will generate all the keys. Actually amount of keys civilians computer can generate is pretty low. That's the first flaw ... using ring signatures only provides leaked information for settlement transaction, not for security. It does provide authentication over confidentiality.. because of that, actors are not anonymous by definition because they are known by requirement. Now the killing moves is:dual-key stealth addresses make impossible to link transactions between sender and receiver. Cryptocurrency offers a way to hide what has been exchanged between 2 parties, but to tell who is talking to who regardless of using Tor or VPN or Proxy, at the end the of the day, inserting an MIM in packet will tell exactly who is talking to who. They can't advocate anonymous without providing infrastructure support like iridium network or Rosa Satellite park or Eutelsat access.”

What technology does Spectrecoin employ to achieve a higher level of anonymity? Does the anonymity matter much anyway?

Coinidol.com spoke to Michael Morton, Founder and CEO of Morton Bitcoin Management, about the kind of technology which Spectercoin employs to achieve a very high level of anonymity and security.

“I would say Spectrocoin is theoretically more anonymous because it's network will run exclusively within Tor. Although anonymity at that point doesn't matter in my opinion. If someone wanted to be anonymous in their transactions with cryptocurrencies or money in general then they could easily just launder Bitcoin through 3rd party services, let alone use Zcash, DASH, or Monero. The major breakthrough in blockchain technology comes from the consensus based ledger itself. There has always been and will always be ways to send money anonymously. It just might be a little cheaper using blockchains designed to do that.”

Coinidol.com asked Bob Wood, CEO and Founder of Nexxus Partners, an organisation for bringing education and adoption of cryptocurrency to main street, about the factors that a good cryptocurrency must have and he stated that,