6 Smartphones Able to Store or Mine Cryptocurrency 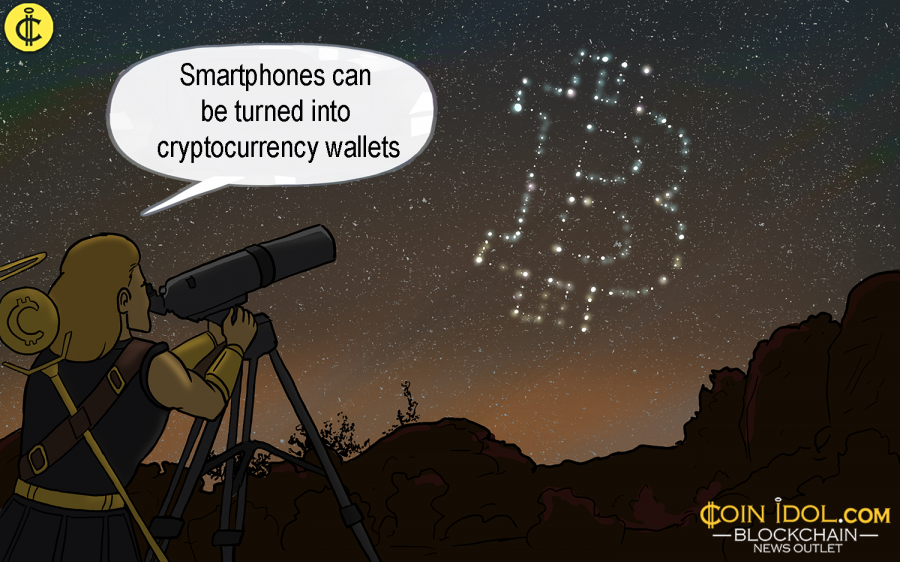 While technologies are getting mobile, we are getting more and more used to having everything at hand on our smartphones. Payments are no exception. And though most banks and payment operators offer mobile solutions for fast payments, it is getting obvious smartphone manufacturers will delve into cryptocurrency, blockchain and distributed ledger technology (DLT) to offer payment options.

What is a Blockchain Smartphone

A blockchain smartphone is actually a device developed for the safe storage and transfer of cryptocurrency, such as Ethereum (ETH), Ripple (XRP), Bitcoin (BTC), with minimal commissions. Crypto-focused handsets are suddenly entering or planning to soon hit the market.

The point here is that all these gadgets we see will become a main entry to the decentralized web or Web 3.0 in the future. In the next version of the internet, innovative technologies including blockchain, DLT and others will be supporting decentralized applications (Dapps) which are similar to the mobile apps that are currently being used in our phones, but they will be running on public, peer-to-peer (P2P) networks in place of the private servers of leading technology firms.

However, one of the barriers to conventional adoption of digital currency and dapps is the difficulty people have when using these technologies in question – but creating better user experiences (especially reinforcing the cryptographic key management) could be one of the solutions.

The decentralized web is still a dream, but good chance, the creation of its foundational infrastructure is still in the foundation phases. The first round of blockchain smartphones is giving us a positive sight of the future.

The Korean-based producer of semiconductors, phones and other electronics rolled out an effective cryptocurrency cold wallet in its new Galaxy S10 phone back on March 8, 2019.

Currently, the crypto and blockchain Samsung Galaxy S10 phone is only compatible with Ethereum and Ethereum-derived ERC20 tokens - but not Bitcoin. However, the company is planning to widen its cryptocurrency base by including the leading cryptos by market cap BTC and other major digital currencies. Nevertheless, Galaxy S10 cryptocurrency wallet functionality is only available to users in three countries - Canada, South Korea and the United States (U.S). Still, the company is working hard to ensure that this service is available to many countries across the world.

The cryptocurrency and blockchain S10 phone has a secure in-built crypto wallet for storing cryptocurrencies called Samsung Blockchain KeyStore. It also has off hole-punch display.

HTC Releases Exodus 2 after Success of the First Generation

The Taiwanese electronics giant HTC officially launched the Exodus 1 in October 2018. It also has a crypto wallet and further supports Dapps The smartphone has the potential to build and shape the future of internet. The device also supports Binance’s BNB Coin, Litecoin, Ether, Litecoin, Ripple, Bitcoin and many more.

The consumer electronics giants HTC Corp also plans to release the second generation of their cryptocurrency and blockchain smartphone handset in the second half of 2019, according to HTC’s blockchain leader Chen Xinsheng.

The company plans on working on these second generation smartphones by expanding cryptoasset and cryptocurrency management to the browser, message, social media and other major fields. The apps will as well use P2P connections rather than using cloud or mainframe as it has always been done.

This product is expected in a period of three years from now. HTC has partnered with a blockchain-related venture capital fund known as Proof of Capital, targeting at taking blockchain to the people, and further improve and upgrade HTC Exodus, in fact, they have invested more than $50 million in this initiative.

The blockchain and DLT startup Electroneum officially rolled out a dirt-cheap Android phone called M1 in February 2019, which enable users to earn cryptocurrency in the form of a reward. The M1 phone provides 4G internet, 5mp rear and 2mp front camera, 8GB to 32GB ROM and Dual SIM card slots, with a Quad Core 1.3Ghz processor.

The M1 smartphone has a cloud mining technology integration that allows users to earn digital currency via an app. The device will begin by mining only Electroneum’s native token (ETN), and the mining could be done offline.

According to the head of operations at Electroneum Nick Cook, M1 will be first sold in South Africa through local vendors. Users of ETN in South Africa revealed that they will be using this earned crypto to pay for mobile airtime and data.

Israel-based Sirin Labs, the manufacturer of the blockchain smartphone Finney, rolled out their product back in December 2018 with the full endorsement of the world’s football assassin Lionel Messi plus an ICO of over $157 million.

The Finney phone also has built-in cold storage wallet which is completely separate from the primary hardware and further supports Dapp. It has a Google-certified operating system called Sirin OS; it boasts artificial intelligence (AI)-driven, cyber-threat detection; and also allows selected cryptocurrencies such as Bitcoin, Sirin Labs Token, Ether to be directly exchanged minus the engagement of a centralised exchange platform.

The phone also has a 12mp rear and 8mp front cameras, 6GB Ram, 6-inch touchscreen, 128GB ROM. The device processes transactions quickly and painlessly, and above all, the wallet is very secure.

There is another blockchain-powered smartphone, the Wings WX from Spanish virtual mobile operator known as Wing Mobile, which allows its users to earn approx. €250 worth of Ether. The user requires to sign a subscription with the company if he/she wants to get a reward of approx. 2 Ether each month, but the reward is dependent on the signed mining operation deal that is carried out on the user’s device.

The minephone was launched this year and produces Ether by the use of POD technology which has the capacity and the potential to mine up to 1000 mega hash. The phone can also perform other important tasks including calling, texting, chatting via social media, surfing using the internet.

Wings WX is also connected to a smart contract that allows it to get rewards every day based on mining power in the contract. This product is gaining a lot of market in Italy due to the increasing cryptocurrency and blockchain community growth in the country.

The smartphones are getting smarter as producers add more and more functions to them. How do you think, could cold wallets within our smartphones eventually replace ordinary wallets? And what other outstanding features can we expect?

Tags
Cryptocurrency Smartphone Mobile Payment Blockchain Technology Banking Phone Wallet Ethereum
Most Popular
Oct 05, 2022 at 12:09
Price
Cardano Continues Its Range-Bound Movement As It Faces Further Rejection
Oct 05, 2022 at 09:57
Price
Ripple Holds Above $0.43 As It Struggles Below Resistance At $0.55
Oct 04, 2022 at 09:16
Price
Litecoin Breaks Through Resistance At $54 And Sets Its Sights On The High At $64
Oct 03, 2022 at 16:13
Price
Ethereum Approaches Oversold Region And Targets The Low At $1,098
Oct 03, 2022 at 15:05
Price
Chainlink Price Declines Significantly As It Faces Rejection
More