HTC Blockchain Smartphone will Build the Future of Internet 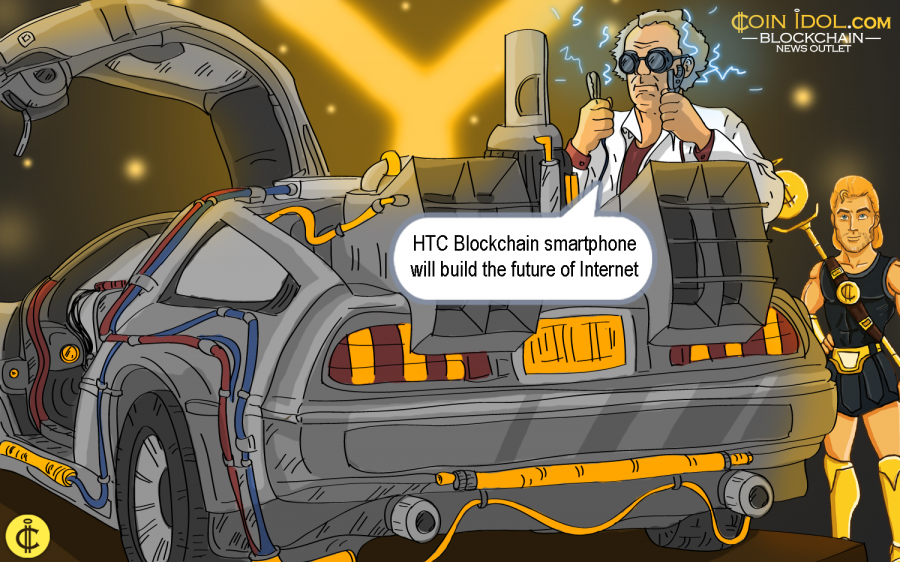 The HTC Exodus 1 blockchain tech and crypto phone could play an important part in building the next Internet. Conversely, the firm is proud to explain its commitment to the device, which it believes could have significant results in shaping and building the future of the Internet itself.

The Blockchain HTC Exodus 1 can now be purchased using both traditional currency and cryptocurrencies such as Bitcoin, Ether and Ripple. The phone is currently being sold online at approx. $699.

At the Mobile World Congress (MWC) 2019 in Barcelona, the Taiwanese consumer electronics bull HTC Corporation disclosed the new availability for the handset. The company declared that there are many virtual currencies that can be used via the new phone such as the BNB crypto by Binance and Litecoin.

The company aims at supporting the weighty growth of the product such that it can trade more than it traded on its first launch. When the handset was first released last year, HTC wanted to sell the product in a limited number to clients who could only participate in helping to improve the functionality of the phone.

HTC Decentralized Chief Officer, Phil Chen, labels the blockchain smartphone device as the company’s 1.0 solution. Actually, the company is seeing to make a considerable bounty program to reinforce and research the latent deeds.

However, HTC Corporation believes an innovation like this will contribute much in the future since the company is planning on offloading the old stock on the mobile market.

Chen revealed that the Exodus 1 underwent a marginally rocky ship, which has caused a “communication gap” with sundry in the crypto landscape.

"We don't believe it to be perfect, but it's certainly a 1.0 version," he reveals, "it is really a super-hard problem that we've resolved." "It's very interesting - a lot of users in the crypto community still don't get it...they get the space, but they don't get where the smartphone fits into the space." "But the real developers in this space properly understand we are playing a serious role in this ecosystem."

Chen reveals that HTC will now take care of its presence at developer conferences to explain the potentials of the Exodus 1, and wants to work hand in hand with the more than 300,000-strong developer community worldwide.

The company disclosed this week that it would start partnering with Opera in order to host its APIs which offer Exodus 1 users with strong security for their crypto wallets. They will also be able to interact, transact and log in directly to all services with the help of private keys (seeds) held on their smartphones.

"This innovative integration means a lot," Chen reveals, indicating that the idea of owning your own digital identity will be the main emphasis for his team of developers, and he is optimistic that this can affect a variety of verticals and industries.

Electronics manufacturing companies such as Samsung, Huawei, LG Electronics and others, have started adopting the use of distributed ledger technology (DLT) and crypto. The South Korean leading electronics conglomerate Samsung rolled out a cryptoasset cold wallet in its Galaxy S10 smartphone handset in 2018.

Chen is also optimistic about the future of the HTC Exodus 1, even though he wouldn't comment on whether there is currently a new 2.0 smartphone device in production. For the time being, the team is examining how best to build relationships with the broader community, with a software development kit ready to roll out in the upcoming months for developers to use.

"HTC Exodus 1 is not about the hype - it's about building real innovation in technology," Chen reveals. "We're still at the top of the list, we comprehend the timing of this event, it's still very early...We're not riding the wave, we are sincerely reliable in serving and developing for the community in making the next generation of the internet in a decentralized way."