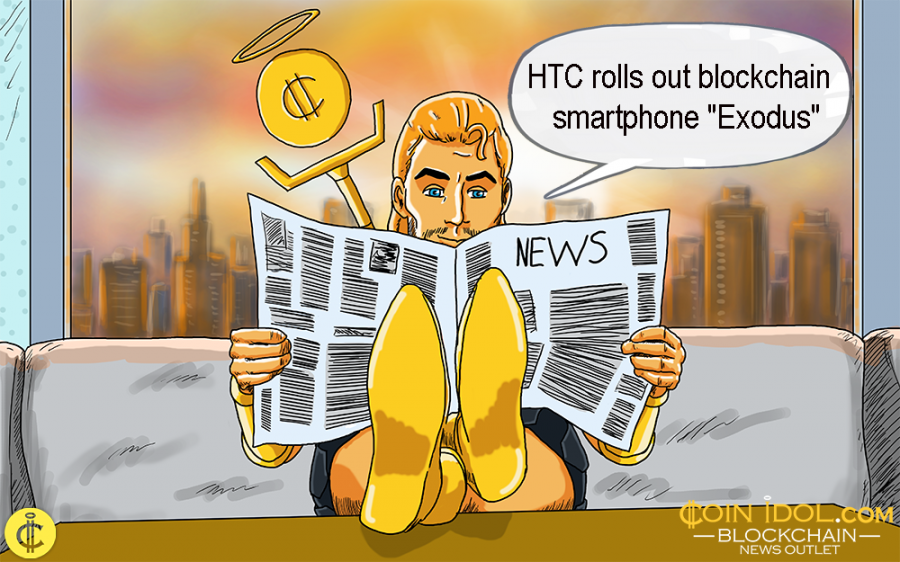 Ten years from the rollout of the first ever Android phone, HTC has taken the covers off its DLT-powered smartphone, known as Exodus.

HTC, the Taiwanese electronics bull, has formally announced the "early access release of Exodus 1", the firm's first-ever blockchain technology phone. Ready for pre-order on its official website, the smartphone will launch sometime in December this year and can only be bought using digital currency, particularly Bitcoin (BTC) and Ethereum (ETH).

Proclaimed with a lot of hype as the 'globe’s first native DLT smartphone' in May 2018, HTC Exodus enables support for DApps such as CryptoKitties and is a hardware wallet for digital currency adopters.

HTC is officially inviting cryptographers to thoroughly test the early access version of its gadget and is further "releasing APIs for third-party developers."

“We believe blockchain is the new paradigm for smartphones and it will form part of HTC’s wider smartphone strategy. This marks a change in HTC, with increased focus on software and IP.”

The smartphone is available for preorder in 34 nations including the UK, Singapore, US, Hong Kong and several European countries, with the notable exception of China, where digital currency trading and exchanges are prohibited.

The HTC Exodus has a contender already in its Technology type, with Sirin Labs, a Swiss startup, believed to be set to release its own $1,000 DLT smartphone, the Finney, to be produced by iPhone-maker Foxconn before 2018 ends.

Tags
HTC Smartphone Blockchain Bullish Phone Android Digital currency Bitcoin Ethereum
Most Popular
May 15, 2022 at 14:48
PR
Decentralized NFT-Fi Platform SOLARR Raises $2M to Accelerate NFT Utility and Accessibility
May 15, 2022 at 14:31
Price
Chainlink Consolidates Above $5.50 as Demand and Supply Reach Equilibrium
May 15, 2022 at 09:49
Price
Dogecoin Reaches Bearish Exhaustion as Bears Overwhelm Bulls
May 14, 2022 at 11:30
Price
Uniswap Falls to $3.67 Low as It Reaches Deeply in the Oversold Region
May 14, 2022 at 10:31
Price
Polkadot Breaks Initial Resistance as It Targets the $14 High
More