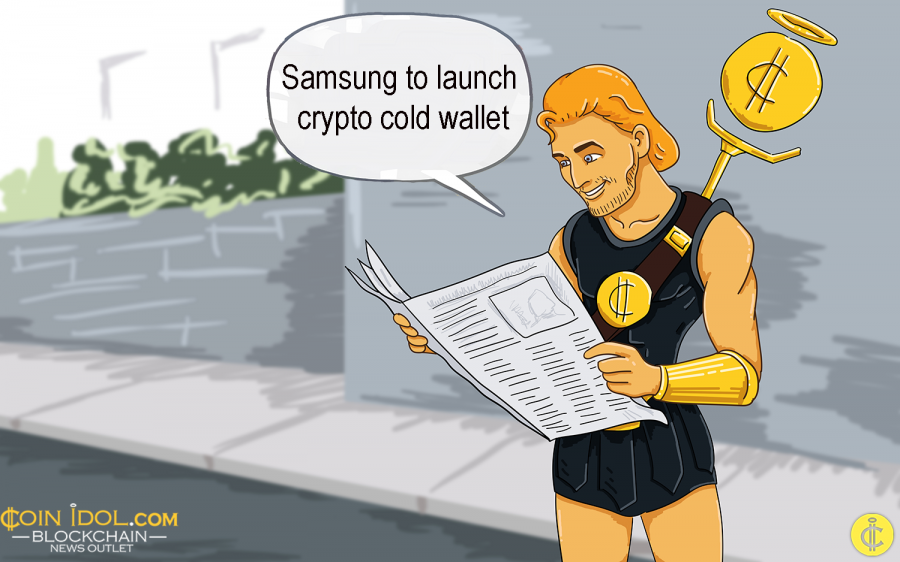 According to a report from SamMobile, the largest online Samsung platform, the electronics bull is considering whether to quickly integrate an effective cold wallet system into its Galaxy 10 smartphone which is launching soon. Samsung is the globe’s top manufacturer of semiconductors and smartphones.

The publication cites S. Korean giant conglomerate as registering trademarks for "Blockchain KeyStore," "Blockchain Core" and "Blockchain key box," in the EU but the names of these cryptocurrency wallets and cold wallet commodities are not yet completed.

“After hearing about the trademarks for Samsung’s blockchain and cryptocurrency software, we decided to dig around a little deeper. We can confirm that the company is indeed developing one and that it may be launched with the Galaxy S10.”

Since early this year, Samsung, the biggest corporation in South Korea which deals in various sectors such as electronics, online payment, car manufacturing, property development and asset management, has shown its lofty interest in the digital asset (crypto) industry.

Different from other corporations in the domestic market, Samsung penetrated the crypto industry with a venture concentrated on crypto mining, specifically Bitcoin (BTC), manufacturing mining tools & equipment from its fab that is based in Suwon, S. Korea to serve to all international disa tributors.

For almost a year, Samsung has been stepwise growing its mining business, and now the crypto wallet industry appears to be the firm’s next big target market.

SamMobile revealed that if the wallet is successfully integrated into the Galaxy S10, customers will be in position to import the information from other wallets like Trust Wallet and MetaMask in order to transact with a mobile phone without the use of emulation.

“Samsung’s cold wallet app will enable users to import their existing wallets from third-party services like Metamask or TrustWallet. They will also be able to create a new one in the app itself. The cryptocurrencies and tokens supported initially may include Bitcoin, Ethereum, Ethereum-derived token ERC20 and Bitcoin Cash.”