A Smartphone to Earn its Owner € 250 Worth of Crypto Monthly 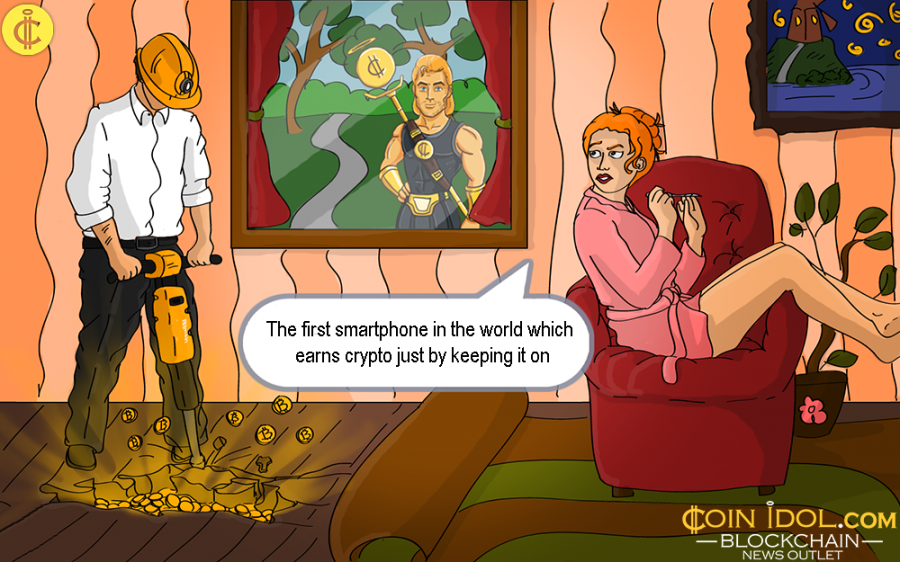 In the world of smartphones, we thought we had seen it all, particularly after the arrival of folding smartphones, but the Mobile World Congress (MWC) taking place in Barcelona, Spain, gives us another innovation to discuss: the first smartphone in the world which earns crypto just by keeping it on.

We have seen smartphones that supports blockchain and cryptocurrency launching in the market. Recently, HTC Exodus 1 which sells at around $699 for both fiat and crypto was officially put on the market.

The Taiwanese consumer electronics bull HTC Corporation is optimistic that working together with the 300,000-member mobile industry globally will help them to improve their device and the next internet as well.

Italian entrepreneur Antonio Milio, CEO of Italian company Wings Mobile, decided to market a smartphone with the potential for "mining" cryptocurrency or creating virtual currencies basing on the code of blockchain technology.

The user of this phone is rewarded with a "prize" that can reach 2 Ethereum (250 euros) monthly. Ethereum (ETH) is, together with Bitcoin (BTC), the leading cryptocurrency and traded online.

How is it Possible?

The technical explanation is somewhat complex since cryptocurrencies are lesser known by people. The user buying the Wings WX smartphone actually signs a subscription with the firm that manufactures the device which in this case gives a prize of up to 2 ETH monthly, depending on the deal signed for the mining activity carried out by his mobile phone.

The Spanish virtual mobile operator has actually offered various forms of subscription, distinguishing them according to their "mining" power which starts from 100 MH/S to 1000 MH/S.

But how can a phone have the computing power required to create cryptocurrency, considering that generally the firms specialized in this activity, mining companies, use an outstanding amount of hardware and energy?

The reason is in the new protocol used by Wings Mobile that in place of depending on the traditional computing power needed by the Proof of Work protocol, instead uses the innovative Proof of Data mode that is based on blockchain, simplifying on the traffic generated by the network mobile or Wifi when the phone is powered on and connected to the internet.

Innovation at its Best

This innovative algorithm was innovated by the Ecuadorian company Neobit, one part of Wings Mobile, but its mode of operation seems rather unclear.

The phone is bought together with a mining service and to earn, in perception, you have to load on a lot of money.

As a matter of fact, a bet has been made that if Ethereum reaches the price of 1450 within one year as ConsenSys anticipates, then the user should take home a 12,400 euros return in just 12 months.