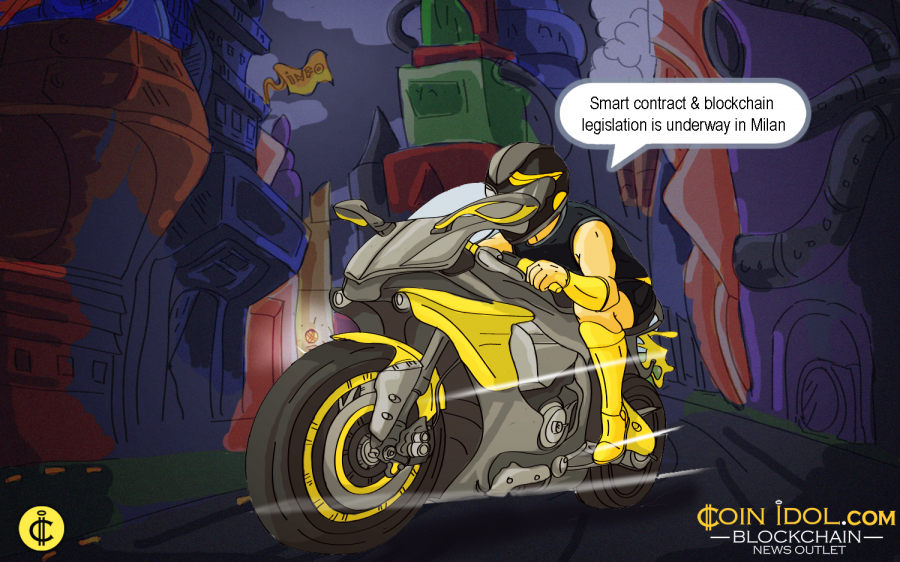 Blockchain technology and cryptocurrencies including Bitcoin brought some awareness to people in Italy, of how this computer technology does not need large infrastructures like those of banks to operate or to be used. The technology depends on the sharing and distribution of data to ensure their immutability and to provide them in a particular sense of the official character.

"The blockchain is a shared and immutable data structure [...] whose integrity is guaranteed by the use of cryptographic primitives. [...] its content once written is no longer either modifiable or eliminable, unless the entire structure is invalidated," Wikipedia says.

Blockchain works in a manner that when data is shared by several computers globally, even though it is not sheltered and secured by any anti-theft system, it not possible for malicious hackers to alter the data since it has to intervene simultaneously on hundreds of thousands of devices.

Blockchain technology has many applications which could transform the daily lives of Italian citizens and that is the reason why the country gave the normative force to this nascent technology. It’s on record that Italy is the first EU country to shift from words to actions as far as distributed ledger technology (DLT) industry is concerned.

According to ART. 8 - TER - TECHNOLOGIES BASED ON DISTRIBUTED REGISTERS AND SMART CONTRACT - "TECHNOLOGIES BASED ON DISTRIBUTED REGISTERS" are simplify defined as technologies which use a shared, accessible simultaneously, distributed, replicable register, and architecturally distributed on the cryptographic basis, in order to enable the recording, updating, validating and archiving of information both in clear and further secured by cryptography verifiable by every partaker, not changeable and unmodifiable.

Smart Contract is a computer program which functions on technologies based on DLT and whose performance automatically binds two or more parts based on predefined effects from them. According to the definition, the technology could positively improve the daily habits of Italians. The Digital Agency confirmed that Smart Contracts are recognized by law and they perform in the same manner as the traditional (written form) contracts.

"Digital Italy with guidelines to be adopted within ninety days from the date of entry into force of the law converting the decree."

More topics will be discussed during “The CFO in the digital age. How to take advantage of the 4.0 revolution to increase its competitive advantage," an event that is scheduled for March 29th at the Excelsior Hotel Gallia in the city of Milan. For all those who feel like participating are required to first register themselves with organizers.

Meanwhile, as Coinidol recently reported, DLT and Cloud will be used to increase o the efficiency of Chief Financial Officers (CFOs), companies and other fintech processes in Italy.

Remember, the simplification decree saw the adoption, growth and development of DLT and smart contracts in Italy, as we reported.