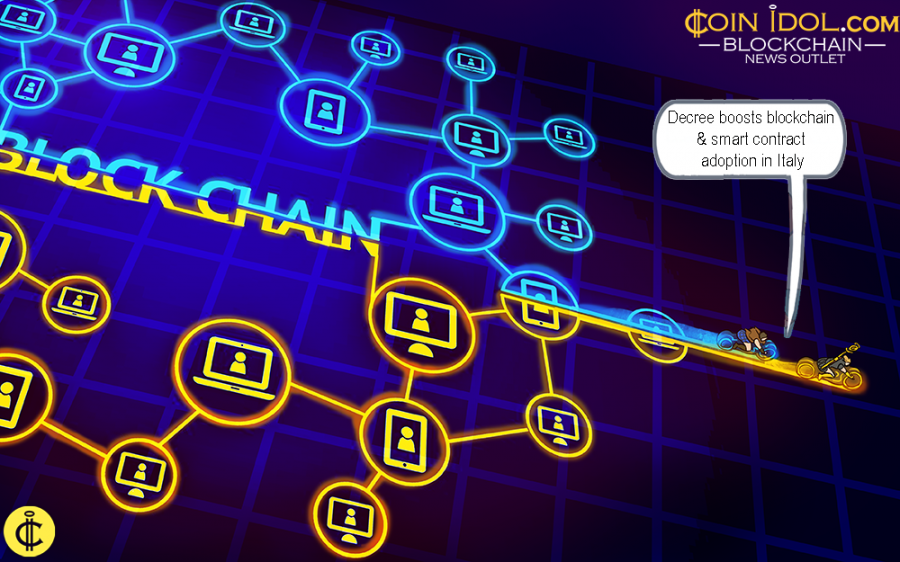 The growth in the use of blockchain and smart contract adoption in Italy is being facilitated by changes that are being brought by the DL Simplification Decree 2019, which recognizes them to be equal to traditional written contracts or documents.

“Self -executable contracts with the terms of the agreement between buyer and seller written directly contained in the lines of code. The code and the agreements it contains exist through a distributed and decentralized network. Smart contracts make transactions traceable, transparent and irreversible.”

Several people believe that blockchain will be greater than the Internet. There are a lot of pilot projects, though with fewer applications where the use of blockchain has caused an actual benefit over other technologies.

The Digital Migration to Blockchain

While trying to take latent advantage of blockchain technology and smart contract, the Simplification Decree 2019 developed a definition of both innovations:

“The requirement of the written form after the IT identification of the interested parties, through a process having the requisites set by the Digital Agency for Italy with guidelines to be adopted within ninety days of the entry into force of the law converting this decree."

From the above definition, not all smart contracts will fulfil the requirements of the written type, but all those that meet the requirements will be proven in the next 3 months. The Simplification Decree 2019 is now in operation, though it can’t be done yet depends on this likelihood. This, therefore, makes the change appear as if it’s a half step forward, hence causing several suspicions.

However, unlike Great Britain, Italy still uses a lot of written forms when making banking and financial contracts. So, the change will cause a distinct improvement in the Italian legal system especially in the period of innovative artificial intelligence (AI), internet of things (IoT) plus machine learning.

The Agency for Digital Italy is expected not to create too severe ‘pillars’ which would damage the massive innovative potential of the regulatory change.

Italy will be the first nation on earth to give legal value to blockchain and smart contract technologies. This means that some processes such as certifying a copyrighted work, making a rental contract will be made easier, as reported by Coinidol. In general, simplification has played a big role to accelerate these nascent technologies in Italy.

Tags
Italy Blockchain Smart contract Contract Adoption Technology Code
Most Popular
Aug 10, 2022 at 11:50
Price
Bitcoin Cash Bulls Stall Decline as They Face another Rejection at $134
Aug 10, 2022 at 10:50
Price
Weekly Cryptocurrency Market Analysis: Altcoins Retest and Challenge Overhead Resistance Levels
Aug 10, 2022 at 09:48
Price
Cardano Declines as It Struggles to Hold above $0.50
Aug 09, 2022 at 12:40
Price
Litecoin Fluctuates in a Tight Range as it Faces Rejection at $64
Aug 09, 2022 at 11:39
News
Around $2 Billion was Stolen in Cross-Chain Bridge Hacks in 2022; Half of the Funds Went to North Koreans
More