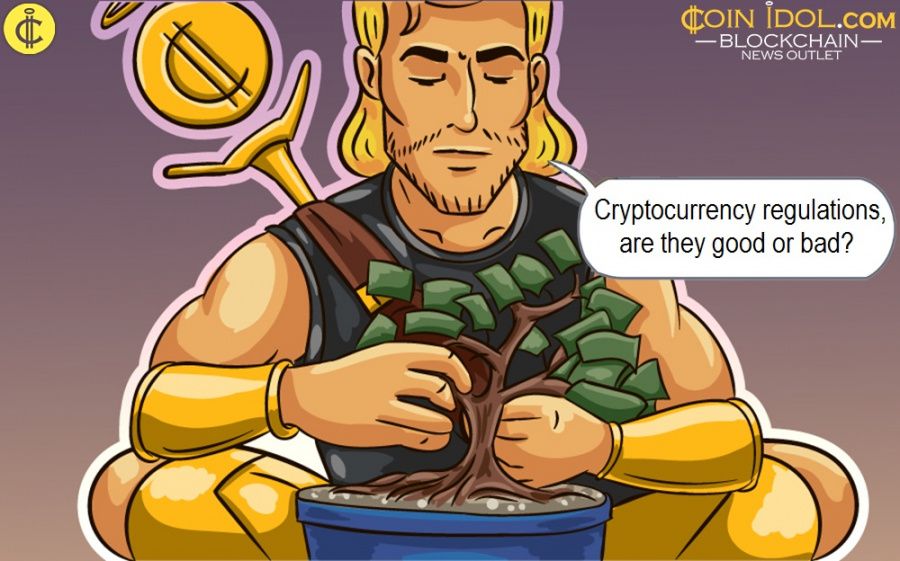 Regulations are meant to bring an element of market stability and reduce the risk from fraudulent operations on the market. However, in certain cases, regulations may damage the price and even pose certain cryptoassets under existential threat.

It comes as no surprise different parties receive regulations with a varying degree of enthusiasm. While helping to cut down illicit activities and drive more amateurs into the field, others actually claim that regulations trigger a price slowdown.

Bright and dark sides of regulations

Coinidol.com, a world blockchain news outlet, brought into the spotlight several cases of major-scale frauds. This, for example, includes a forged ICO, terrorism backing, money laundering and all sorts of financial malware. To prevent this, law enforcement agencies like Interpol are now employing artificial intelligence to detect financial misconduct, which might eventually bring the crime rate down.

Some community representatives agree that the market must be regulated to prevent the burst of illegal activity in it. Grygoriy Sytenko, the CEO of  OWNR cryptocurrency wallet aimed at becoming a gamechanger in the industry and creating a multi-asset crypto-ecosystem, told Coinidol:

“When it comes to KYC/AML initiatives for crypto-fiat operations, I strongly support them. There is no other option to make crypto a legitimate financial instrument. Without regulation, cryptocurrencies will never get rid of the ‘darknet’ stigma attached to them.”

However, when the regulations are not restrictive, that may create a positive stimulus for the economy by bringing more innovations, foreign investors and job opportunities. That was already proven on examples of so-called “blockchain islands” – Malta, Cyprus and Gibraltar, that developed the friendliest crypto regulation ecosystem.

“At the same time all the cryptocurrency operations where fiat is not involved should be left private as they are now, otherwise we’ll deprive crypto of one of the core ideas behind it – privacy. And this is one of the next big things to come on a financial market right after the increase of monitoring and compliance - privacy. Currently, there are so many limitations and bureaucracy that people need tools to do things easier, faster, in a more agile way, and with more privacy. This even has nothing to do with shadow economy, just a question of privacy and flexibility. Traditional financial institutions will not be capable of meeting such a demand - at least in the next decade.”

Despite all of this, researchers provide evidence of regulations affecting the Bitcoin price negatively. And this is not all – while some governments are trying to regulate stablecoins whose demand is increasingly going up, communities spread the rumours that they may even be banned.

Regulatory effect on the market

Recently, the Federal Reserve Bank of Dallas released a report looking into cryptocurrency market reactions to regulatory news. As it turns out, the news about prevention of anti-money laundering activities (AML) or combating the financing of terrorism (CFT) provoke a negative market sentiment, while updates about the legal position of cryptocurrency and ICOs are warmly welcomed by the participants.

At the end of the day, the document draws out a conclusion that there’s indeed a space for regulations if authorities bend in favour of it. That leads to a thought that even though market players appreciate the decentralization promoted by cryptocurrency, they would still feel more confident when having a secure legal basis behind it.

That’s why the communities mostly reach consensus on the point that the cryptocurrency market has yet to be more regulated. Recent research by Oxford shows that the cryptocurrency market proved to be a viable alternative to the stock exchange market during COVID-19 epidemics. However, when it comes to regulations, these two still lie far apart, which creates an additional task for authorities.