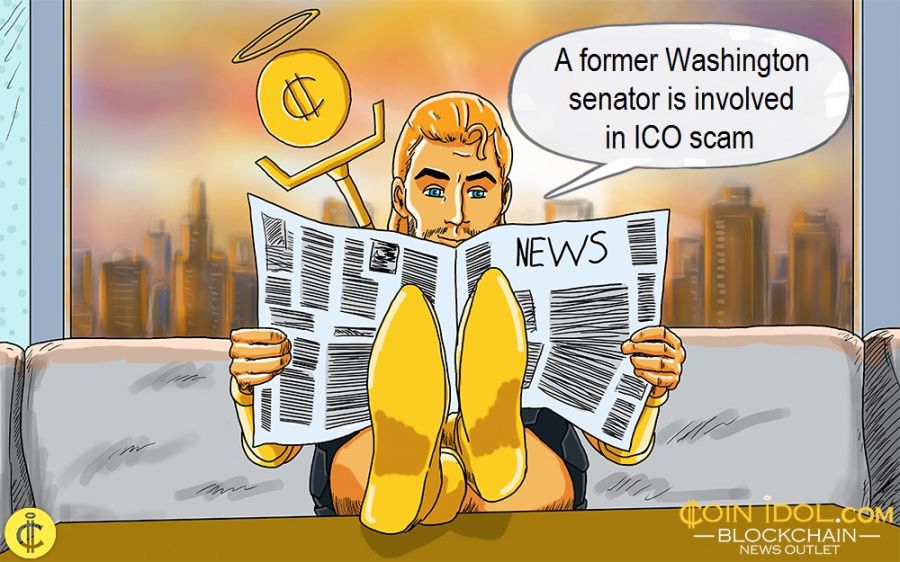 Finance Magnates news outlet reported that the former Senator was charged alongside two other men for defrauding investors of close to $5 million in their Meta 1 Coin ICO Scam. SEC further revealed that the victims are not only US residents but also people living abroad who participated online.

According to the financial regulator, Dave Schmidt didn’t work alone. There are another two men involved in this scheme, Robert Dunlap and Nicole Bowdler. According to American law, the trio faces up to 20 years in prison and a $1 million fine once convicted. Additionally, the SEC may charge a $250k fine on each of them plus a 5-year jail term for selling unregulated securities.

Meta 1 Coin claimed that their business is backed by $1 billion worth art collection and $2 billion in gold. That has probably looked reliable enough for investors to take part in the project. Alas, all they have ended up with was empty pockets.

Previously, coinidol.com, a world blockchain news outlet, has reported that 90s movie star Steven Seagal was fined $314 thousand for illegally promoting an ICO of a similar project. He supported a project called Bitcoiin2Gen and even became the company’s ambassador. However, the actor concealed he was paid for such support making it look like his own goodwill.

A cryptocurrency scam called “Bitcoin Era” also involved the names of two celebrities, Tesla founder Elon Musk and the present James Bond, an actor Daniel Craig. The project promised its investors huge profits within a short period of time. This time, the celebrities had no idea their names were used for the advertising.

Lately, the number of cryptocurrency scams has increased significantly. Partially, it is related to the panic caused by the outrage of COVID-19, making it easier for the scammers to attract victims and get away with their deeds. The outbreak of illegal projects has even caused Interpol to turn to the means of artificial intelligence to combat this criminal trend.