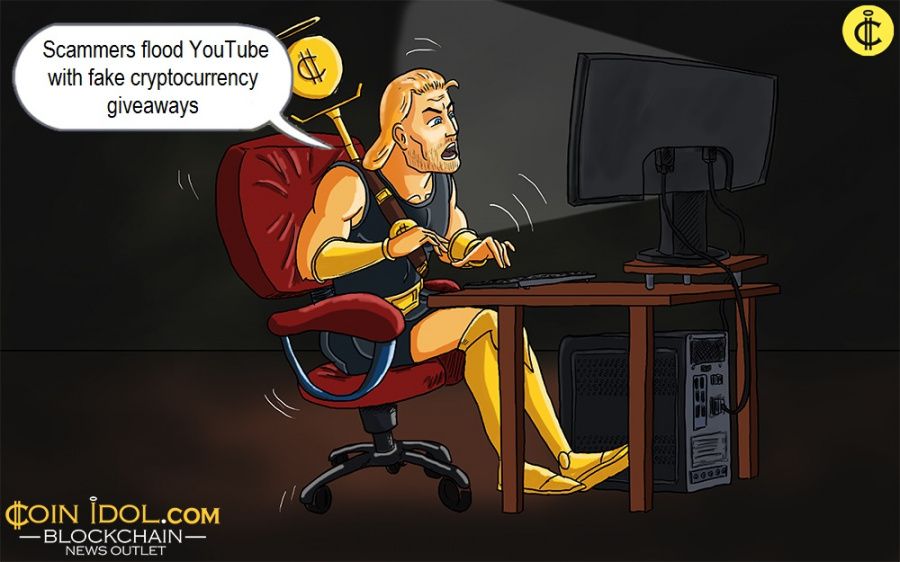 While many community members complain that YouTube is demonstrating hostility to cryptocurrency-related projects, scammers using the platform to trick people prove such measures are somewhat reasonable.

The flagship video streaming platform started suspending cryptocurrency-related content and channels in late 2019, in a campaign that the resentful community dubbed Crypto Purge. It all started when YouTube suspended videos by a popular blockchain and cryptocurrency blogger Chris Dunn, whose channel had over 200K subscribers.

Later on, the platform suspended a number of other related videos and channels, making the community alerted about the censorship. As CoinIdol, a world blockchain news outlet has previously reported, the Google subsidiary also suspended popular tech and news channels including Ivan on Tech and the Moon. All this has scared off many content makers while making them seek for decentralised blockchain-based alternatives to avoid censorship and suspension.

However, it is worth to be said that the measures taken by YouTube are quite reasonable, considering the rise in fraudulent activity on the platform. Indeed, the number of fake projects aimed at tricking people out of their money is striking.

One of the popular schemes used by fraudsters is announcing fake giveaways on behalf of prominent personalities from the cryptocurrency industry. As of now, the most popular names for fraudulent speculations are the names of Elon Musk and Vitalik Buterin.

The scheme is simple. Scammers hack a YouTube channel with a large number of subscribers, then make it look as if it belongs to a famous person. Then, the channel announces a giveaway of a large amount of cryptocurrency in exchange for paying a small fee. As the channel looks reliable due to using famous names, people willingly send their cryptocurrency to a wallet attached to the video. Needless to say that those trustful folks get nothing in return.

Some fraudsters take their time to boost their channels instead of hacking the existing ones. To get lots of traffic and attract subscribers, they arrange fake live-streams with celebrities from the cryptocurrency world, including the above mentioned Elon Musk and Vitalik Buterin. Besides drawing victims to their scam, such a method allows fraudsters to generate good traffic to get monetized from YouTube itself.

Another instrument that has been widely used by scammers lately is advertising on YouTube. And this fact is quite alerting, as the willingness of fraudsters to pay for promoting their schemes means they are actually quite profitable.

Criminals tend to avoid cryptocurrency-related terminology as the platforms have special filters that block such kind of advertising. Avoiding terminology allows them to trick the system of YouTube, making its overall efficiency quite questionable, as it allows scams but suspends legitimate companies.

Besides YouTube, scammers also use Google Ads as well as other advertising platforms to promote their projects, sometimes posing as legitimate companies. Back in April 2020, a cryptocurrency exchange CoinCorner reported that its advertising was blocked by Google Ads. Meanwhile, the platform allowed a phishing fraudulent company with the same name.

Considering the general situation, it becomes clear why popular platforms like YouTube are cautious about blockchain and cryptocurrency, as the industry is also quite attractive for scammers to disguise their criminal activity. However, as scammers still harvest thousands or even millions of dollars, while legitimate companies and bloggers with educational content are unable to place their materials on the platform, there is a question of the effectiveness of tools implemented to protect YouTube users.