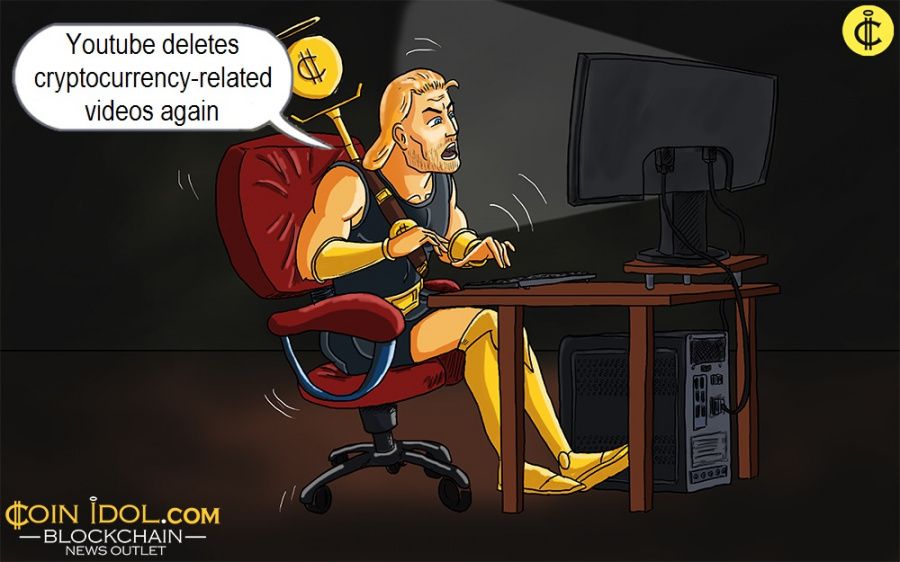 Meanwhile YouTube claims it notified the two accounts in a strike notice which could restrict the activities of the account owners on Youtube. The Strike Notice limits a YouTube Channel owner on uploading videos, live streaming videos or stories. However the notice lasts for a specified period of time depending on how many strikes youtube servers obtained from the account or number of violations of agreements committed.

On the other hand, some other cryptocurrency channels on YouTube also faced a similar ban in the past, as coinidol.com, a world blockchain news outlet, reported. YouTube claims that the channel owners upload promotional content which could mislead investors. But the social video sharing giant previously accepted that their softwares could censor content that wasn't supposed to be censored.

Is YouTube Trying to Protect the General Public from Misleading Information?

The video which caused the Moon YouTube Account to be suspended was titled” Warning!!! The Financial Crisis Has Begun! Bitcoin not a safe haven in this bloodbath?" YouTube responded to a claim filed on Twitter by The Moon that their account was shut down for no reason. YouTube said the video shared on the channels directly violates its service policy. However, a deep dive into policy one could not find any mention of digital assets or any items banned for promotion or sales on the site. The channel owner later tweeted saying meanwhile Bitcoin is resistant to censoring, YouTube videos aren’t.

The second YouTuber Ivan on Tech with more that 200k followers tweeted saying his account was fully restored after making numerous calls to various departments of the video sharing company. He however revealed that due to numerous repeated strikes, he could no longer stream videos of youtube but rather his own website.