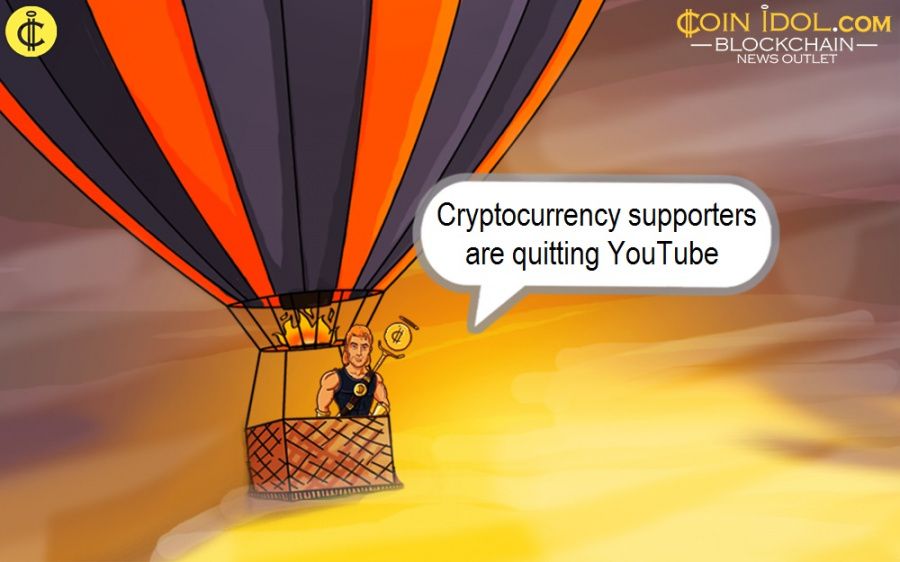 For the past few years, YouTube has had a policy of banning and even deleting channels promoting, analyzing, or talking about bitcoin and other cryptocurrencies. While the platform itself states they are trying to protect their users against scams, some community members say it much resembles ordinary censorship.

For instance, in an operation dubbed “crypto-purge,” YouTube has managed to ban a number of videos citing rules breach. Among others, this operation affected a blogger named Chris Dunn who had over 200,000 subscribers. Coinidol.com, a world blockchain outlet, reported that Chris told his subscribers it was the right time for the public to start using a decentralized web, for he actually didn’t breach anything, and the ban was nothing but a manifestation of hostility towards the crypto community.

Other channels such as Ivan on Tech and Cryptocurrency News Channel were also not spared, and their owners showed their concerns claiming that their videos were deleted for no good reasons, However, YouTube seemed to be fully satisfied with the warnings it sent to these two channels via the strike notices.

YouTube argues its decision to bring down these channels is reasonable because scammers are continuously taking advantage of the community. For instance, recently a group of fraudsters have started making fake live-stream activities illegally using celebrities’ names including Elon Musk and Daniel Craig.

Usually, such schemes are used to attract a user’s attention and make fraudulent schemes look more reliable. As a result, people trust projects that involve famous people and give away their money more easily.

While the above case seems to be a good argument to protect YouTube’s policy, their actions towards the other cryptocurrency channels mentioned seem to look like censorship. Some channels simply try to raise awareness of people and educate them on blockchain and cryptocurrencies without promoting any projects or schemes. So, in this case, YouTube’s actions might be interpreted as hostility towards the community.

On April 1, a YouTube channel named “Bitcoin for Beginners” uploaded a video review on some available decentralized alternatives. Among the considerations were the usability, track records as well as the user interface of these alternatives. But the main advantage of such platforms is their decentralized nature. Thus, one can upload one’s content without the fear of being banned as no one else can have access to it.

In his video, the author has mentioned the platforms LBRY, Dtube, Bitchute, PeerTube and BitTube as reliable and decentralized alternatives for all those considering to quit YouTube.