Litecoin Price Doubles as SegWit is Just Around the Corner 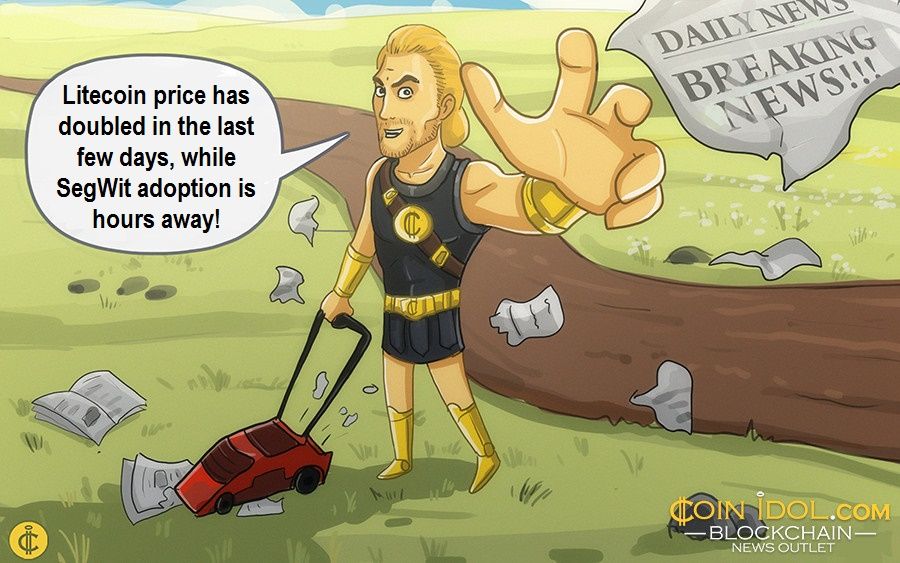 Litecoin price has doubled in the last few days, while SegWit adoption could be imminent! CoinIdol investigates what’s in store for both.

On the evening of April 4, only seven percent separate Litecoin from SegWit adoption, and the coin’s price has skyrocketed!

The Segregated Witness, which separates transaction signatures (witness scripts) from the transactions themselves, has been a topic of debate in the crypto currency community for months. 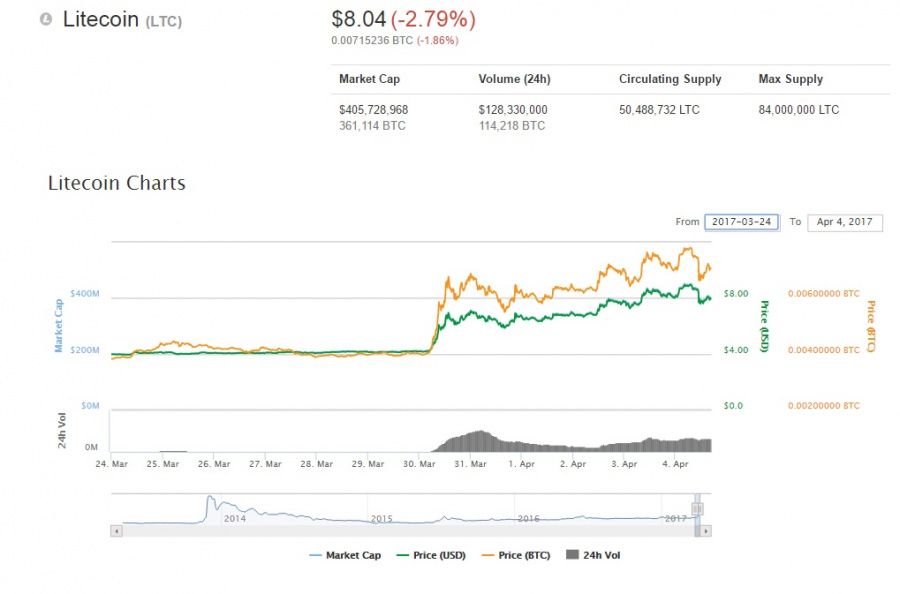 Back in January, Litecoin founder  Charlie Lee urged the Litecoin Mining community to support SegWit in any way they can, calling it not only a huge improvement for Litecoin but also "the chance to open a new paradigm for blockchain technology".

Transaction malleability is one of the key benefits, and Lee has explained that he sees block scaling as an additional bonus. The idea has been in development for a few years, and in an interview to CoinIdol, Lee has stated that miners need to signal for SegWit activation on the block they're working on. In January, the approval rate was just 10 percent, and on April 1st, it boomed when F2Pool, Litecoin's largest mining pool, started to signal for SegWit.

In order to activate SegWit on Litecoin, 75 percent of the blocks need to signal for it, and in just a few days, that percentage has risen to over 68 percent. 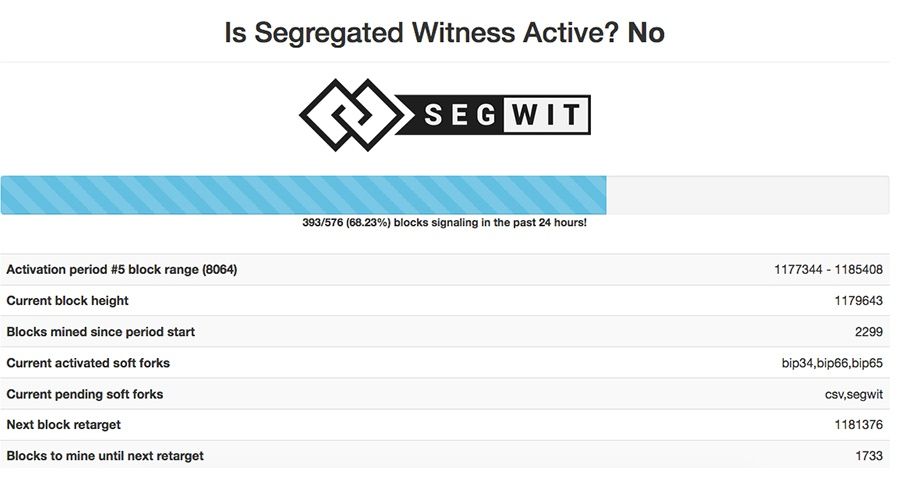 Bat Pool, Litecoin's fifth largest mining pool, joined in on April 4. Simultaneously, the price of LiteCoin has doubled, peaking from around $4.30 to almost $9.50, before settling back just under 9 USD.

Charlie Lee, creator of Litecoin, admits that while nothing can guarantee activation, he is positive that it will happen.

“I am confident it will activate, but nothing can guarantee activation. We are in contact with the remaining pools” said Lee, who has recently written a letter to Chinese miners and pool operators and announced that he will be meeting with them in June.

Asked about proposals from the community to force SegWit into action, Lee remained focused on the miners.

“I commend their efforts in helping SegWit activate, but in the end, we need the supermajority of miners to be on board also.”

Daniel Dabek, Architect and Founder of Safe Exchange, is also confident in the activation and underlines its importance for developers working with the new technology.

“I think that the activation of SegWit on Litecoin is an outstanding effort. This will provide developers an empirical response to building with the new technology. This also increases the luster of Litecoin because of its cutting edge technological adoption. I am fairly confident in the activation like many other people. And I am confident that Litecoin will produce an innovation pocket much like Ethereum has,” Dabek stated.

Tone Vays of LibertyLifeTrail commented to CoinIdol that while Bitcoiners will see SegWit as the best solution for trading in terms of safety, the price of Litecoin will not continue to skyrocket.

“Litecoin should be able to reach the 75% activation barrier for SegWit and it will be great for testing Lightning on that blockchain. This event should also help Bitcoiners realize that SegWit is not just the best solution for scaling, it's also the only safe solution for scaling,”  Tone Vays of LibertyLifeTrail commented to CoinIdol. He continued:

"As for the Litecoin price. the major gains have already been made and any pump that results after around the $10 will just crash back to this level like all other bubbles. Once Bitcoin also adopts Segwit the price of Litecoin will probably fall back below $5. Having said that, I am happy that a blockchain like Litecoin exists and may serve a real purpose unlike 99% of all other Blockchains.”

CoinIdol will continue to monitor the process of SegWit adoption and report on this developing story.