JPM Coin: Banks are in DABDA Phase for Cryptocurrency 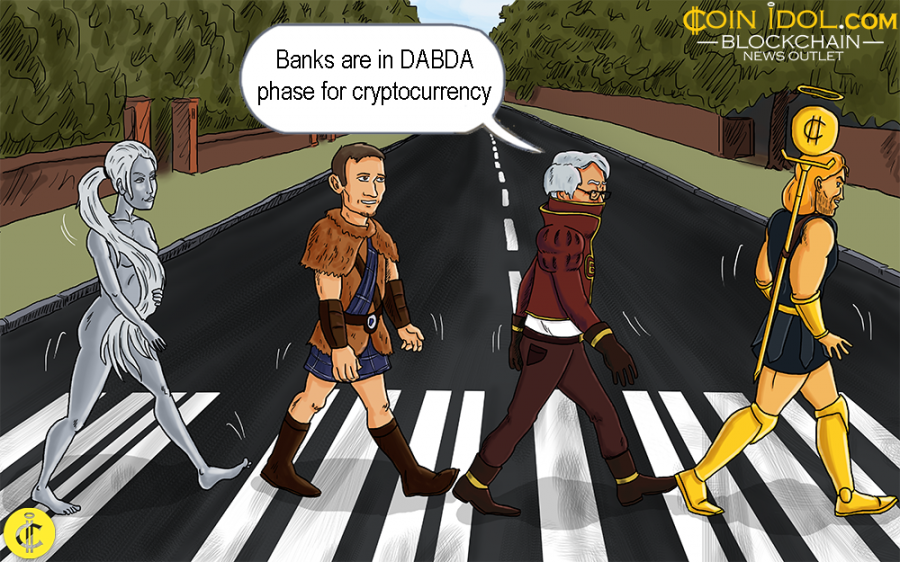 One of the best cryptocurrency influencers thinks that the governments and financial institutions are undergoing the DABDA - denial, anger, bargain, depression and acceptance - phase for the flagship crypto Bitcoin (BTC), according to BlockPublisher.

“First they don’t believe in digital currencies. Then they fight them. Then they say there could be a role for them to play if state backed. Eventually they realize Bitcoin is the answer,” the influencer Anthony Pompliano said.

BTC raises challenges for the authorities such as banks and other financial institutions which have related and pertained to for quite a long time. Working as a digital ledger which stores value, records and conducts all intensities of transactions in just minutes with less hassle, BTC lessens the financial friction banking institutions depend on for their profits.

Several financial institutions, initially ‘repudiated’ cryptocurrency by paying no attention to it. Then they expressed ‘fury and anger’ by banning, limiting and battling it. After, they planned a ‘bargain’ by attempting to launch state-backed stablecoins. And they will soon fall into the ‘depression’ of failing to control it, and they will finally be left with no other significant option but to ‘accept’ it.

Major authorities including governments and banks, indeed failed to ban Bitcoin and they have now started a serious bargain with the cryptoasset industry with JPM Coin – a crypto owned by the top U.S. financial institution JPMorgan Chase valued at over $6 trillion, to launch an idea of bank/institution-backed digital currencies in order to completely fight and eliminate the existence and functionality of real virtual currencies.

The leading U.S bank is now using blockchain and other distributed ledger technologies to carry on their daily operations. In fact, JPMorgan revealed that a small part of its operations will be conducted using their own stablecoin. At this time, individuals and other commercial users can’t use this coin – it is only and only used by the employees of the bank (JPM) – for internal payments. All in all, the public can’t access and use it as they use other cryptos such as BTC, Ethereum, Ripple and other digital assets. The ideology of JPM Coin differs with that of Bitcoin and other real cryptos.

Bitcoin provides much transparency which these banks do not stick to which is why they transpire and culminate in hating it and before tolerating and accepting it completely, the JP Morgan’s stablecoin is the ‘bargain before death’ of these banks.

“Acceptance of BTC is the death of legacy banks and other financial institutions.”

Actually, to you that JPMorgan is fighting crypto, last month, without any prior warning and reasons, it closed an account of a cryptocurrency company Cryptoraves LLC – a firm behind the tokenization of social media – just 24 hours after the news about JPM Coin appeared.

Tags
Cryptocurrency Banking JP Morgan Bitcoin Finance Blockchain Digital currency Ethereum
Most Popular
Jan 25, 2022 at 12:24
Price
Litecoin Declines as Price Deepens in the Oversold Region
Jan 25, 2022 at 11:30
Price
Weekly Cryptocurrency Market Analysis: Altcoins in Oversold Regions as Buyers Regroup for a Price Rebound
Jan 25, 2022 at 10:32
Price
Ripple Fluctuates above $0.56 as Bears Threaten to Resume Selling Pressure
Jan 24, 2022 at 12:12
News
30 YouTube Channels Hacked; Is it Another Reason for Bloggers to Switch to Decentralized Streaming Platforms?
Jan 24, 2022 at 11:15
Price
Ethereum is in a Tight Consolidation, May Slide Below $2,300 Low
More