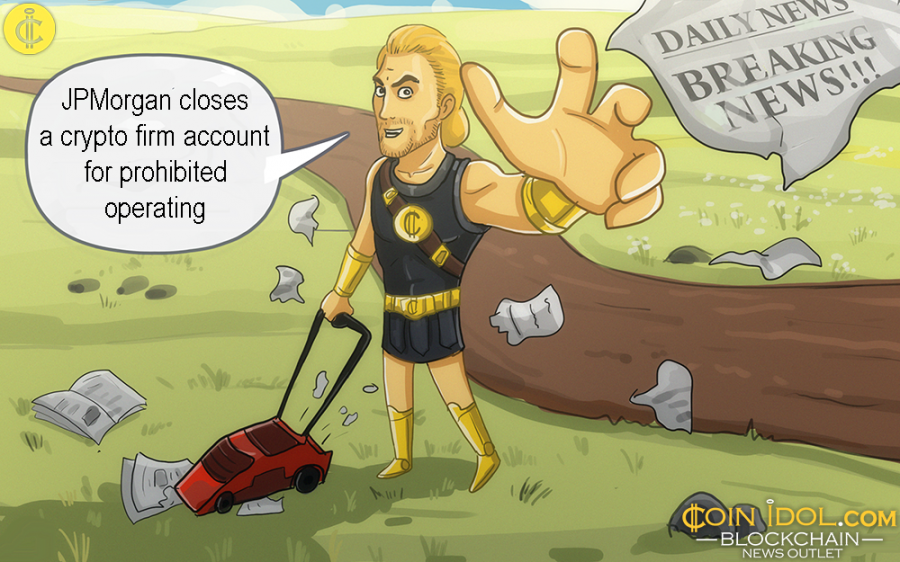 JPMorgan Chase has closed an account of a crypto firm which is behind the tokenization of social media, a day after the news about JPM Coin circulated. Ultimately, the cryptocurrency startup was allegedly functioning in a ‘prohibited industry.’ Cryptoraves to this point is a token intended to “increase credibility” on social media such as Facebook, Twitter, Messenger, WhatsApp and many others.

JPM Coin is one of the solutions in blockchain sector. The coin was developed to be used by JPMorgan’s workers to conduct internal payments – just like stablecoin does. However, the financial institution told Cryptoraves that:

“After a recent review of your bank account, we have decided to end our business relationship with you.”

Without any warning and reasons we were being sent this particular letter. Here is their “story” even if details are inadequate: 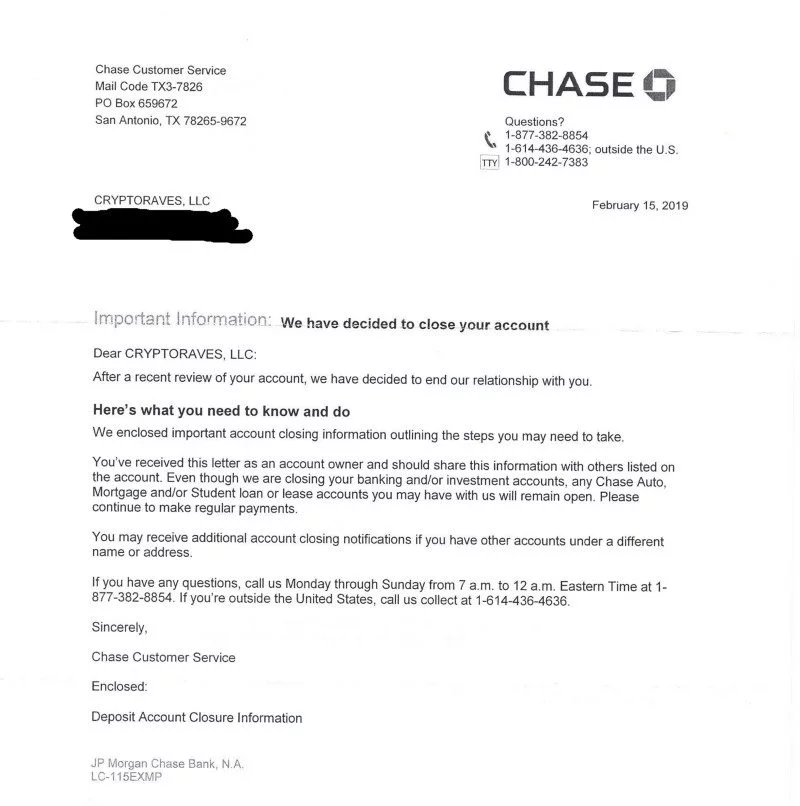 A Twitter user can now request free coins and also send them to other fellow users. The coins have no real value, consequently, shouldn’t now conflict with securities regulations.

Operating in an “Prohibited Industry”

Cryptoraves had more than 14 years of personal business relations with JPMorgan, and they were even dealing in some cryptocurrency-related undertakings for some good time. They opened up the accounts in-person and they were promised that their venture will go on well.

The drift is somewhat prevalent. As Bloomberg reported few days ago that JP Morgan had banned most cryptocurrency startups. Sam Bankman-Fried, an adept expert on the matter, told them that:

“It’s not illegal for large banks to bank the digital currency industry, but it’s a gigantic acquiescence headache that they don’t want to put the resources in to resolve.”

Banking with digital asset is a big issue constantly experienced by traders and holders. The modest action of sending a deposit to a crypto exchange can lead to bank account closure.

What’s your take on the bank decision to shut down Cryptoraves account minus giving any clear explanation?