JPM Crypto: JPMorgan is Launching its Own Bank-Backed Coin 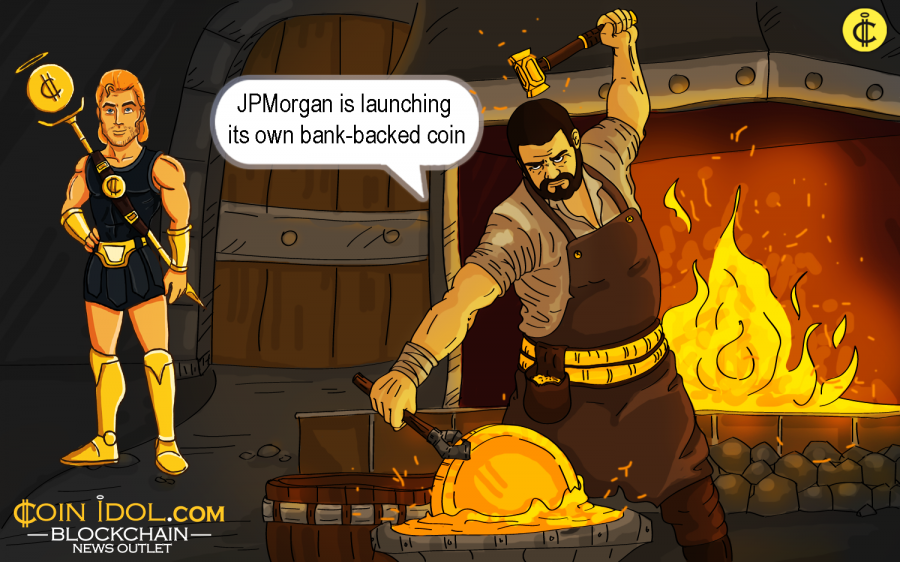 With over $6 trillion in financial institution transactions across the globe daily, the newly created coin will enable settlement payments between customers in a flash. Trial transactions that will be using JPM Coin are yet to start in a few weeks or months from now.

“So anything that currently exists in the world, as that moves onto the blockchain, this would be the payment leg for that transaction,” said Umar Farooq, head of J.P. Morgan’s blockchain projects. “The applications are frankly quite endless; anything, where you have a distributed ledger which involves corporations or institutions, can use this.”

The warning for digital currency speculators, however, is that the financial institution won’t provide the JPM to retail investors. Only bullish institutional customers who have experienced strict regulatory checks will be in a position to use the crypto.

As per their official website, the token is allotted on its own permissioned Blockchain known as Quorum.

“The JPM Coin will be issued on Quorum Blockchain and subsequently extended to other platforms. It will be operable on all standard DLT networks.”

How does JPM Coin Really Work? 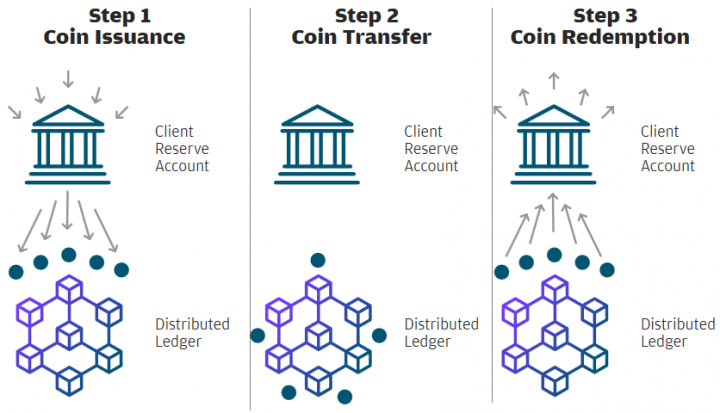 The bulletin of the institution proving a coin comes as Jamie Dimon, CEO of JPMorgan, has bashed cryptos in the previous years, to the extent of dismissing Bitcoin (BTC) as hoky-poky and fraud.

Notwithstanding his lack of support for BTC, Jamie has been very optimistic and supportive of its fundamental and underlying blockchain tech. Several industries, businesses, and institutions are already using blockchain to expedite their business models, including Microsoft and IBM.

Blockchain is also largely being applied in many fintech firms to develop very effective and safe financial transactions. The technology is also being used in healthcare sector to provide payment processing and handling for medical services as well as storing patients’ records safely.

“The blockchain is real,” Dimon revealed.

Last year, JPMorgan Chase & Co experimented with a new blockchain technology platform for debt issuance, as Coinidol reported. The experiment tangled issuance of around $150 million of annual floating rate Yankee COD & a ‘simulation’ of the issuance on the distributed ledger technology, according to the proclamation.

In February 2018, as Coinidol revealed, South Africa announced that it was planning to use trial “Quorum”, JP Morgan’s open source DLT platform, in order to manage interbank clearing & settlement.