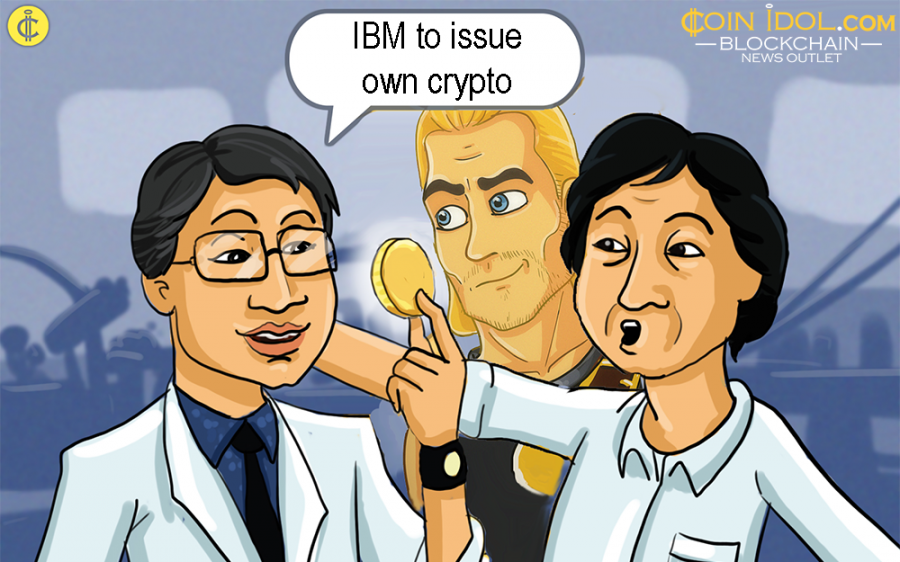 IBM Corp., one of the leading technology providers for creating crypto, revealed that two bullish U.S. banks are gauging the benefits of following JPMorgan’s position in issuing a stablecoin. JPMorgan is the biggest U.S. bank in terms of assets, it moves over $5 trillion in wholesale payment daily. The move by IBM threatens Ripple in one way or another.

According to the vice president of IBM Blockchain Jesse Lund, the firm has made discussions with two major lenders on issuing a crypto which is pegged 1:1 to USD. Last month, JPMorgan declared that it has issued a crypto that is tied to the USD, known as JPM Coin. The coin will use its own blockchain to speed up payments between corporate users.

“We have received interest on the heels of JPM Coin,” Lund said in a phone interview. The two other banks “reached out to us after that announcement.”

Banks Sign Letter of Intent to Use World Wire

In the same sense, Lund said that IBM is also working with six major institutions which are not from the U.S. on cryptocurrencies. These banking institutions are still waiting for legal approvals from concerned regulators and they include South Korean-based Busan Bank, Philippines-based Rizal Commercial Banking Corp. (RCBC) and are anticipated to have finished issuing a stablecoin in Q2 of 2019.

These six international giants officially signed a letter of intent to exploit World Wire network. These financial institutions will have to issue stablecoins which are tied to their own local traditional currency.

“RCBC is pleased to be an early innovator with plans to issue our own Peso stable coin on [IBM’s] network, pending final approval from our regulators.”

On March 18, IBM launched a global payment network based on blockchain that enables international banks to transfer money using simple processes. Currently the network only supports Stellar Lumen (XLM), but it will soon incorporate Bitcoin, Ether and other major cryptocurrencies.

It's official: IBM is open for business in payments with World Wire in 72 countries and 47 currencies. Support for stable coins and cryptos. Come see my keynote with @JedMcCaleb @Money2020 in Singapore this morning https://t.co/8XD3mgOhqN https://t.co/PMyc1X9KIH #IBMBlockchain pic.twitter.com/NMIgfZunuQ
— Jesse Lund (@jesselund) March 18, 2019

The interest was generated by JPMorgan’s contentious stablecoin – JPM Coin. At press time, the two major U.S. banks that IBM is collaborating with are still unknown.

Similarly, Ripple has run buoyant tests with very many banks and its blockchain is ready to start working. So why are “major U.S. financial institutions” snubbing Ripple and developing their private digital currencies instead?