Bank of Italy and Consob Put Blockchain & Crypto in Spotlight 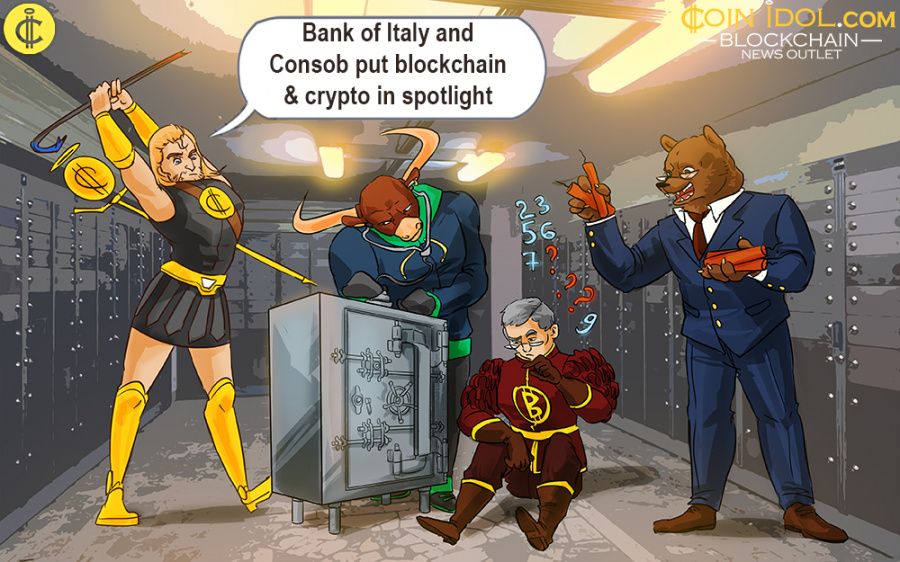 The Italian Supervisory Authorities are planning to supervise blockchain and crypto activities in the country. The Commissione Nazionale per la Societa e la Borsa (Consob), an authority appointed to safeguard investors, presented an official document dubbed “Initial offers & crypto-activity exchanges” on March 19, aimed at organizing a national debate on the matter of initial coin offerings (ICO) and cryptocurrency exchanges – where citizens normally invest their funds.

In the same way, the Bank of Italy also released a document dubbed “Economic and regulatory aspects of the crypto-activity” on March 18, which analyzes the economic, accounting and sensible profiles of the crypto-activity and further demonstrates the regulation of the cryptocurrency exchange platforms approved and adopted in different jurisdictions, giving a short description of the distributed ledger technology protocol of the exchanges, the wallet providers, ICO, smart contracts and others.

Several Countries are Gearing Up to Regulate Blockchain

The two documents show that this specific class of cryptocurrency doesn’t fall under any category of money and financial instrument. Nevertheless, Consob doesn’t ignore the qualification of a financial product, a class which embraces all the elements describing the model of investment of a financial nature viz. the hiring of a risk directly linked to the use of capital, the custom of capital, and financial performance prospect. Recently,  Italy welcomed the move by Consob on cryptocurrency and ICOs.

Other watchdogs including the European Supervisory Authorities have also shown an interest in creating sufficient regulatory framework – especially the qualification of tokens and their legal framework. Other distributed ledger and crypto-friendly countries such as Malta, France, Switzerland, Lichtenstein, Korea, Thai, etc. are preparing to regulate the issue of tokens.

The authority released the EBA report on cryptocurrencies which deals with the issue of payment tokens and further underlines the risk that the crypto models can theoretically satisfy the definition of electronic money mentioned in the Electronic Money Directive (EMD) - Directive 2009/110.

The advice of ESMA on digital currencies and ICOs largely focuses on security tokens & ICOs and further shows the risks of regulatory arbitrage in the deficiency of shared legislation and the relevancy to ICOs.

In addition, the Republic of San Marino adopted a specific regulation on the ICO and provided the definition of tokens. It also differentiated the rights assimilated in them, especially between these three types of tokens: payment, security and utility tokens. The country also established the key rules for issuing ICOs.

Institutions and companies in Italy, aiming at financing and supporting cryptocurrency and blockchain-related innovative projects must follow the existing financial rules and regulations, as they wait for a comprehensive crypto and distributed ledger regulatory framework.

However, last month,  Bank of Italy issued a report against crypto including Bitcoin, calling them dangerous, inefficient, useless, and speculative. From the look of things at the time, the bank was not happy with the way how digital currencies work.