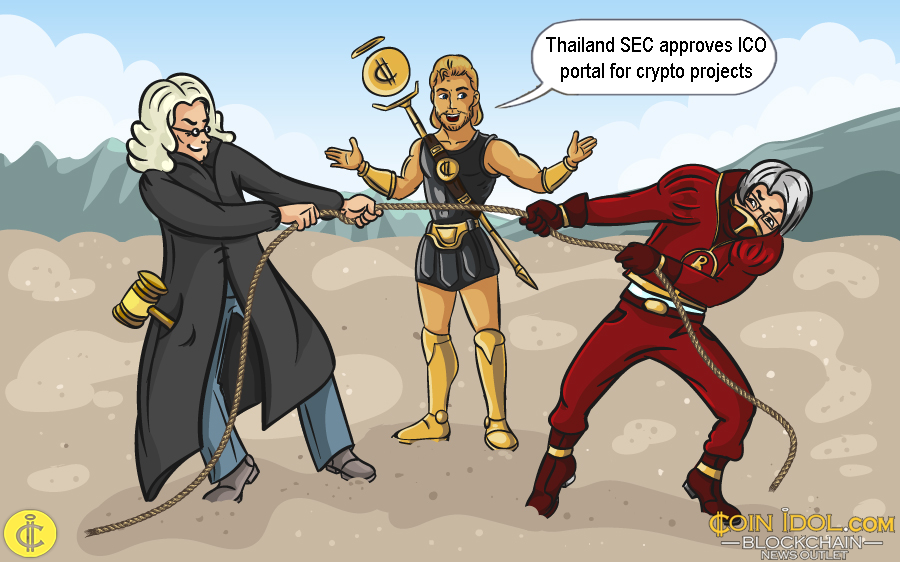 The director of the financial technology dept. of the Thai SEC Archari Suppiroj said that:

“Thailand's first approved initial coin offering portal is being completed for official authorization with the pertinent government agencies like the Ministry of Commerce. The first ICO deal will be accessible for a public offering in the near future under the digital currency royal decree.”

Suppiroj highly believes that the ICO market has started to vigorously advance from project-based and immaterial ideas now to ICOs that are backed by physical assets. In the time to come, the Thai SEC will create effective standards which allow all firms to tokenize securities and other major assets.

At first, the Thailand SEC officially planned to clear the first portal in order to operate validly back in November last year, with a major aim to appropriate each ICO that will more likely begin in December.

Towards the end of last year, the Thailand SEC revealed its plans to relax rules which act as a major barrier to ICOs, even though caps will be available on involvement. The general secretary of the Thai SEC, Tipsuda Thavaramara, also revealed that:

“The suggested guideline is an effort to find greater equilibrium in the regulatory practice and lessen regulatory impairments while considering risk management and investor protection.”

Besides the four licenses acquired from SEC, Bitpoint Japan also recently proclaimed that it is hunting a license to run an ICO portal in the country. One representative of the Japanese crypto exchange said that:

“Bitherb Co. Ltd got four licenses but will start to function after the Thai SEC fully scrutinizes the firm within six months after license acquisition by Tuesday, July 30.”

The support comes at a time when the SEC’s struggles to present a stable regulatory framework for startups that need to escalate operational capital through digitized coins’ sales. On May 14 last year, the watchdog and Thailand’s Ministry of Finance revised an old securities bill aiming at authorizing the use of cryptocurrencies.

According to the new law, the Thai SEC would fully accept an “ICO Portal” that would list licensed cryptoasset businesses. They include all startups which would legally get permission to go ahead and roll out security token offerings (STO).

When the regulator launches a dedicated STO rulebook, startups would be in a position to apply for a securities operator license as per the procedures.

“This will aid bridge the digital currency royal decree and securities,” Archari added.

Previously, only the Thai Securities Depository (TSD), which is publicly owned by the Stock Exchange of Thailand, had the legitimate mandate to act as a dominant securities depository for all stocks and bonds. Beyond the Thailand National Legislative Assembly’s (NLA’s) contribution, the Commission acquired full legal rights to license many depository centers in the country.