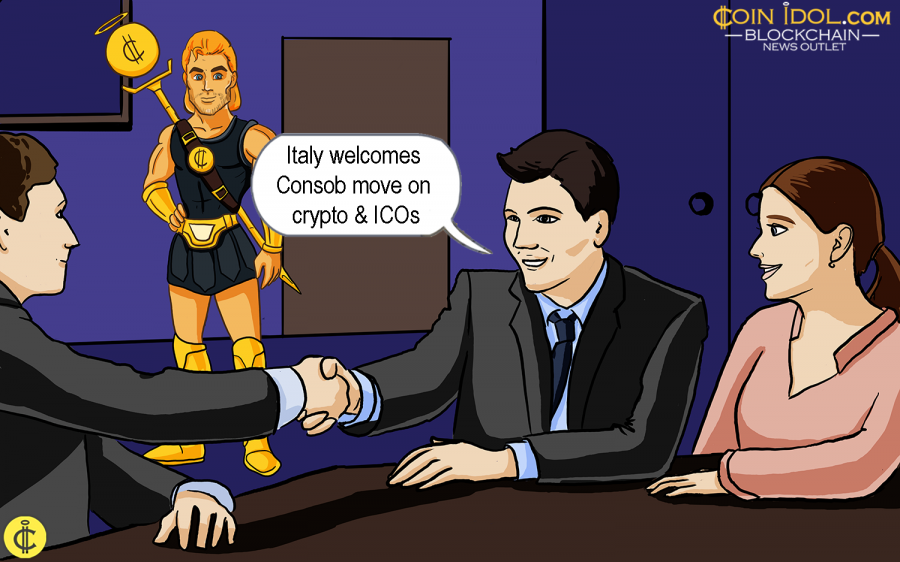 The Commissione Nazionale per la Societa e la Borsa (Consob) has published a consultation on the Initial Coin Offerings (ICOs) which gives important innovative guidelines in Europe through a project seeking to safeguard both crypto users and broadcasters.

Some countries have presented solutions concerning the aspects of ICO. In October 2017, L'Autorité de Marchés Financiers in France released an analysis of ICOs which triggered a consultation on ICO and the outcomes were then officially published in March last year.

Late December last year, the decree no. 2018-1226, which specifies the circumstances of the application of ‘shared electronic registration devices’ for the transmission of different classes of financial instruments and for minibons. It also talks about legally integrating blockchain technology in financial institutions.

In November 2017, the German federal financial supervisory authority (Bafin), Germany, also released notices for investors concerning ICOs and an advisory letter on various categorizing of cryptocurrencies in 2018. The Minister of Finances begun a consultation on how to develop a national strategy for distributed records and will be rolled out during the summer time of this very year. Bafin officially authorized the issuing of coins to an equity token offering platform and also gave a go-ahead to the lending platform to conduct a real Security Token offering (STO).

Recently, Republic of San Marino published a Delegated Decree no. 37/2019 on distributed ledger technology (DLT) dubbed "Standards on Blockchain technology for companies", that has guidelines for the approval of the issuance of cryptocurrencies by crypto companies with particular requirements.

Italy is on the Right Crypto & ICO Track

Following the consultation by Consob, Italy remains at the center of this particular discussion, recognizing a potential clear path to allure massive innovation. Recently, Bank of Italy, published an Occasional Paper focusing on regulatory and economic features of digital currency activity.

Last month, Paolo Savona, Chairman of the Supervisory Committee, stressed key points of his blockchain project that is underway. Consob want to secure savings. While at the Senate Finance Committee hearing, Paolo vowed that:

"I will act with great prudence if I should enter the post in the future. It is not that a dictator comes who creates a revolution and paralyzes everything, it is not in my character, it is not in my tradition."

The Consob is works the same way like the U.S Securities and Exchange Commission and is now Italy’s central financial regulator.