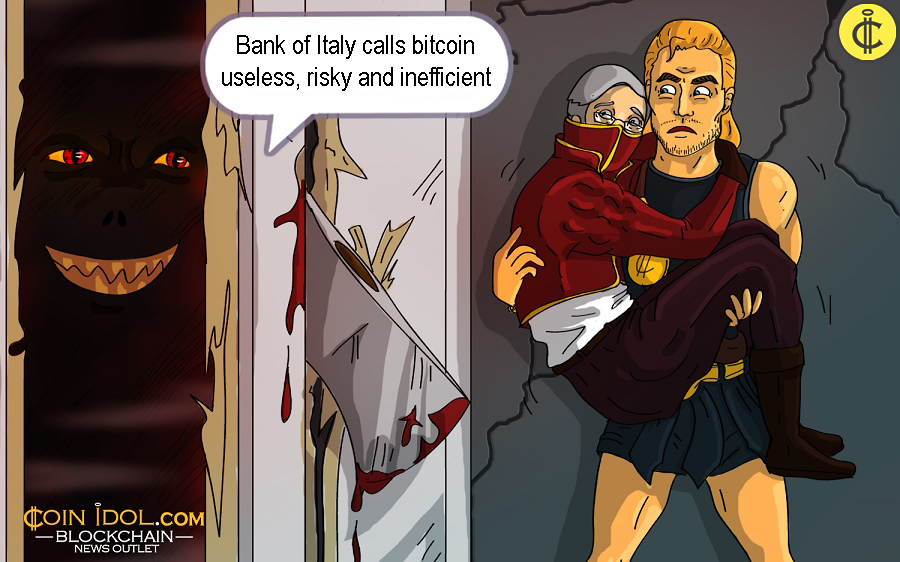 Recently, the Central Bank of Italy published a report against digital currencies including Bitcoin (BTC), defining them as dangerous, useless, speculative and inefficient. The bank is not happy with how cryptocurrencies are being used.

Many criminals have taken advantage of cryptos to run their illegal activities such as funding terrorism such as al-Qaeda, money laundering, supporting prostitution, drugs, sex etc.

Bitcoin has been behind the payments of high-profile criminal and malevolent transactions by more than 40% within the EU, according to the 2015 Europol report.

In February 2018, an Australian research group found out that ¼ of the cryptocurrency enthusiasts are engaged in malicious activities. They said:

“We find approximately one-quarter of Bitcoin users and one-half of Bitcoin transactions are associated with illegal activity. Around $72 billion of illegal activity per year involves Bitcoin, which is close to the scale of the US and European markets for illegal drugs.”

The difference in approach between the central Bank of Italy and the Federal Reserve (Fed) is clear, and it is perhaps no coincidence that the U.S.A is flatteringly becoming one of the liveliest, active and supportive countries in the virtual currency landscape.

Bitcoin and Blockchain are Inseparable

"On the contrary, there is uniformity of views on the fact that the" crypto-activity "theme (in the various types) must be separated from that on the underlying technology - DLT. The latter, if technologically robust, could have great potential especially in the field of cryptographic storage, the use of smart contracts and some types of cryptos. There is also agreement that these technological developments open up scenarios of vast and uncertain scope for the processes of intermediation and organization of the markets".

Decentralization is a real disruptive innovation, according to the report dubbed “Economic & regulatory aspects of cryptocurrency activities”, so distributed ledger technologies can’t in real sense function minus a cryptoasset.

Many Italians can’t understand the real nature and scope of disruptive innovative technology like smartphones, the internet, digital currencies, digital commerce (aka e-commerce), social networks and others.

The Bank of Italy’s report that was drafted by Andrea Caponera together with Carlo Gola, and tackles the cryptocurrency activities which:

"Belong to the class of digital tokens (private tokens), without incorporated rights, convertible, at variable price that operate via an electronic protocol managed in a decentralized way through blockchain technology.”

The authors appeared as if they don’t understand the difference between decentralized distributed register and the centralized register when they said that:

"BTC is the first virtual currency for which the property rights of the different monetary units are managed in a decentralized network. There is no central authority, no leader and no management. And yet it works.”

However, the Commissione Nazionale per la Societa e la Borsa (Consob) recently published a useful consultation on ICOs providing vital guidelines in Europe via a certain major project that wants to shield all broadcasters and virtual currency users in Italy.