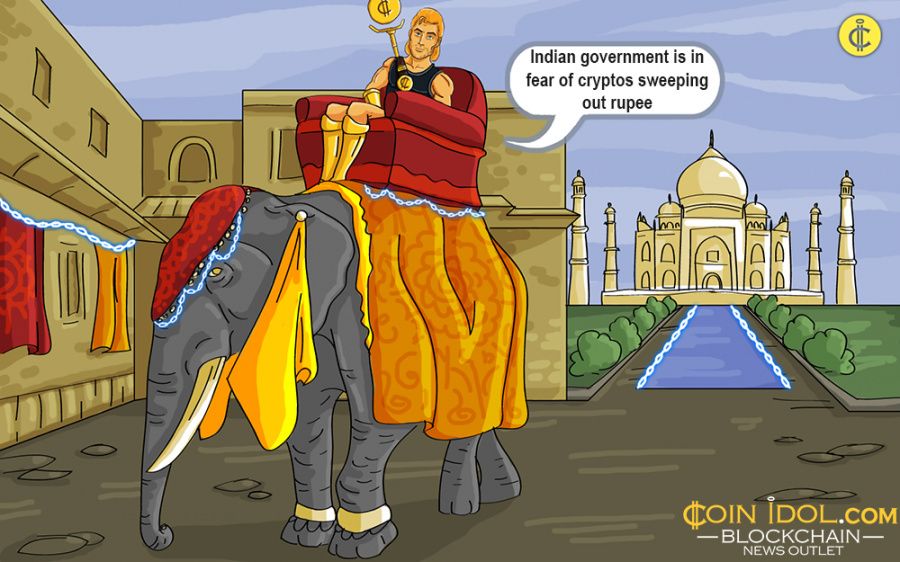 The risks associated with digital currencies such as Bitcoin (BTC) are very clear. The dark side of the cryptocurrency revolution includes terrorism financing, money laundering, drug dealing, sex, violence, gambling and more. But a prominent panel tasked with drafting rules for the crypto industry in India is now haunted by its impact on a less-tapped field.

The committee, headed by leading bureaucrat Subhash Chandra Garg is expected to be in a maze over the effect that cryptoassets will have on the Indian rupee if they are permitted to act as an alternative means of payment.

The high-level panel was established in November 2017 under Subhash, the economic affairs secretary in the Indian ministry of finance, and is currently in the ripe stages of drafting crypto regulations for the country.

“If BTC and other Cryptos are going to be accepted to be used for payments then whether it will end up destabilising the fiat currency is a major concern for the Garg panel,” a representative said.

The fears have perhaps been stoked by a report issued by the Bank for International Settlements (BIS) in March 2018. The BIS, based in Basel Switzerland, is a club of varieties for the globe’s central banks, and it is normally interested in affairs such as the global financial system. In addition to 59 other central financial institutions, the Reserve Bank of India (RBI) is among the members of BIS.

The central banks were recently demanded to properly study the risks and rewards of cryptocurrencies. Just in a single day, the Cryptos can be issued by policymakers for making payments among banks, and other various things.

Nevertheless, it had also warned that virtual currencies might largely make traditional financial banking institutions unstable if they are widely offered to citizens. But the cryptoasset ecosystem is optimistic those risks may not spring up in the near-term.

Furthermore, the government of India clearly stressed on many occasions that it doesn’t acknowledge these new-age cryptos as legal tender and is unlikely to do so. Some time back, the RBI and Garg Panel were planning to establish its own digital currency.

In mid-January, Coinidol reported that the RBI was forcing users of commercial banks to run away from using cryptos including operating any type of business related to virtual currencies. The users were demanded to sign documents which read that “they shall not deal in any crypto transactions from their bank account.”